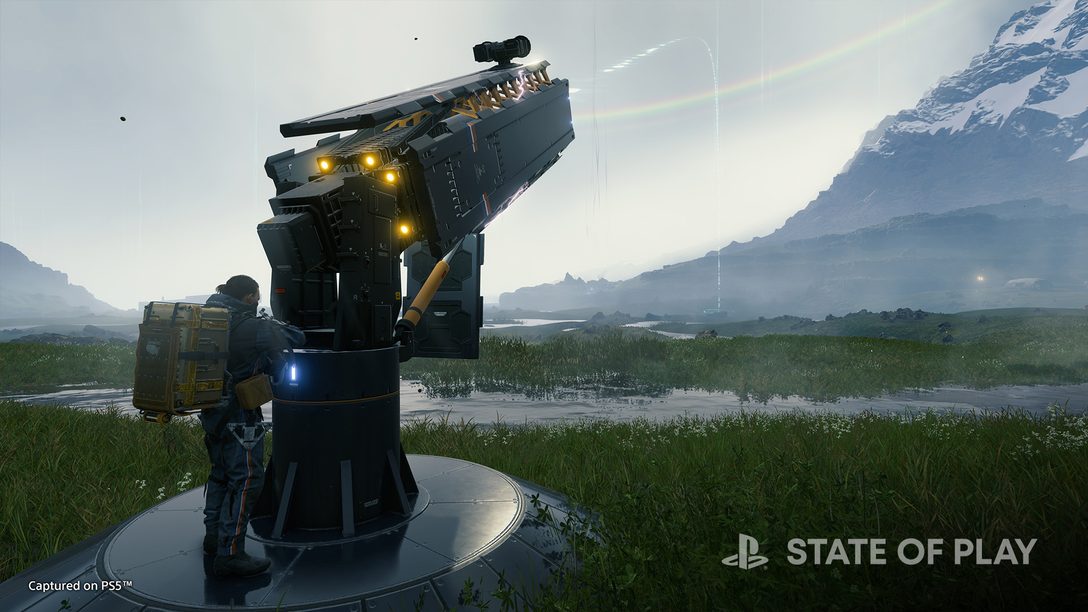 Hello everyone! It is with great pleasure that today, Kojima Productions can officially announce Death Stranding Director’s Cut is in development and will arrive on the PlayStation 5 console on September 24, 2021.

Tomorrow is in your hands

In the future, a mysterious event known as the death stranding has opened a doorway between the living and the dead, leading to creatures from the afterlife roaming the fallen world marred by a desolate society.

As Sam Bridges, your mission is to deliver hope to humanity by connecting the last survivors of a decimated America.

Can you reunite the shattered world, one step at a time?

Death Stranding Director’s Cut is packed with a ton of new content and enhanced gameplay features. We are introducing more weapons, equipment and vehicles, a variety of new modes, missions and areas to explore, expanded storylines, and enhancements to the UI. We will also be adding new online features including Friend Play and Leaderboards, more news on that coming soon!

Today however, I wanted to take this time to clear up a few things that have been floating around following our teaser release during Summer Games Fest back on June 10 … if you didn’t see it, check it out here…

For starters, the content that we’re introducing to Death Stranding Director’s Cut was all built and developed from the ground up, following the launch of the original Death Stranding. Everything from the Firing Range area, to the additional missions, to the all-new Fragile Circuit racing mode, the aim was to introduce new content that would further expand the world within Death Stranding while enhancing the core game experience.

The new content isn’t simply bolted on either, it’s been carefully woven into the core game experience and will be made available through discovery as you play. Most of the new content is fairly easy to find, though there are some bits and pieces that will take some time to find and unlock. Although I can’t really go into too much detail about the new missions and extended storyline at this point, what I can share is that a few hints have been added to the latest trailer we’ve released that give a few clues as to what you can expect – we’ll have more to share on that in the weeks to come – though I can confirm now that all the Half-Life and Cyberpunk 2077 content introduced to the PC version of Death Stranding will also be available in Death Stranding Director’s Cut. 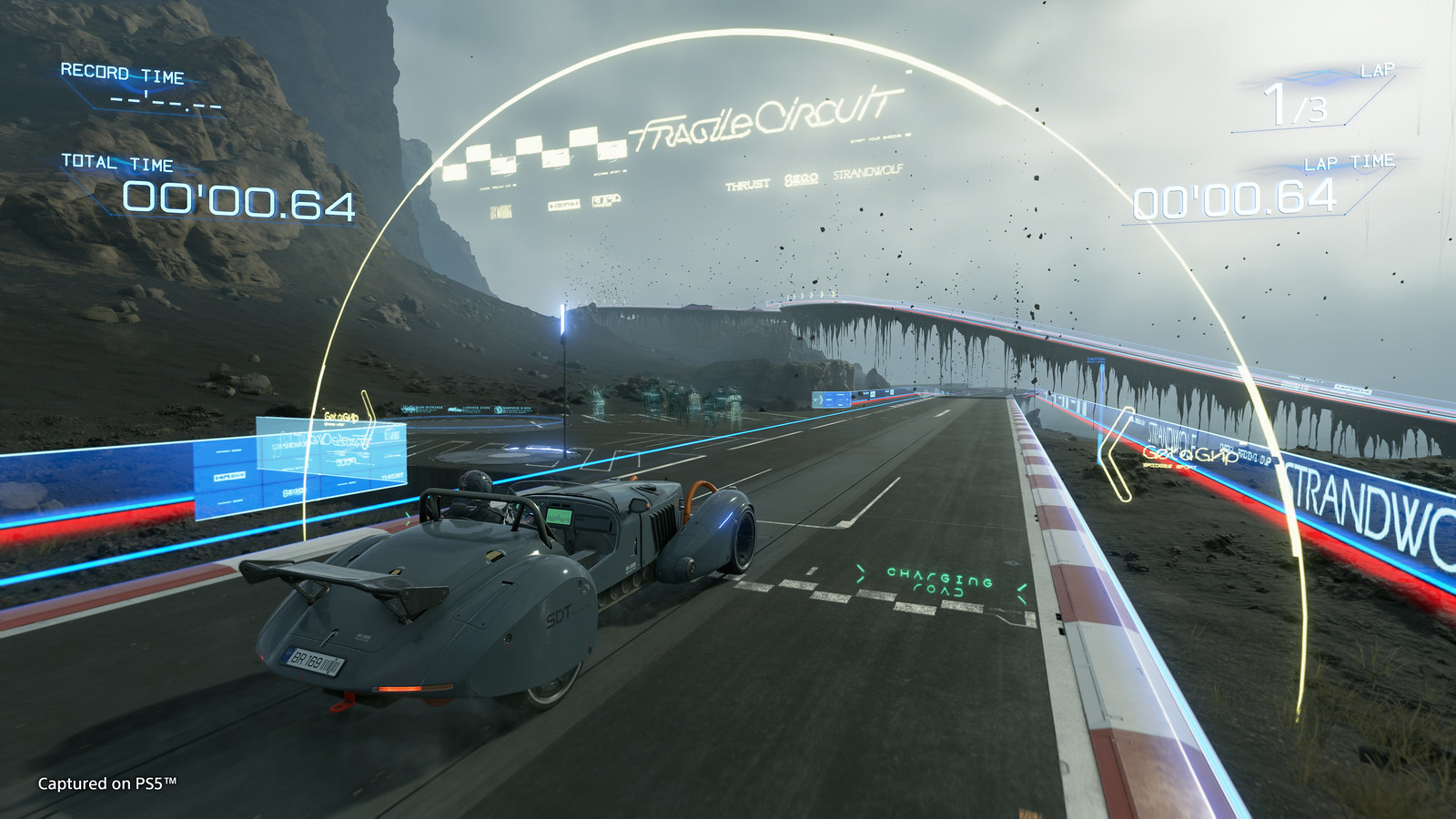 PorterS, Thank you 4 your contribution!

Before we get into the PS5 features, wanted to also confirm to the many Porters who have either just made their first delivery, or you’re off building loads of structures to help other Porters – Unite the Divided! – PlayStation 4 console save data will be transferable. We wanted to ensure that players, no matter where they are in their journey, could pick back up relatively in the same area as they left off when playing the PS4™ version, while also enabling players who have already completed the game the ability to jump to the areas where new content and equipment can be discovered.

If you already own the PS4 version of Death Stranding, you can get the PS5 Death Stranding Director’s Cut Digital Deluxe Edition Upgrade for only [$10, €10]. This option will be available at launch. 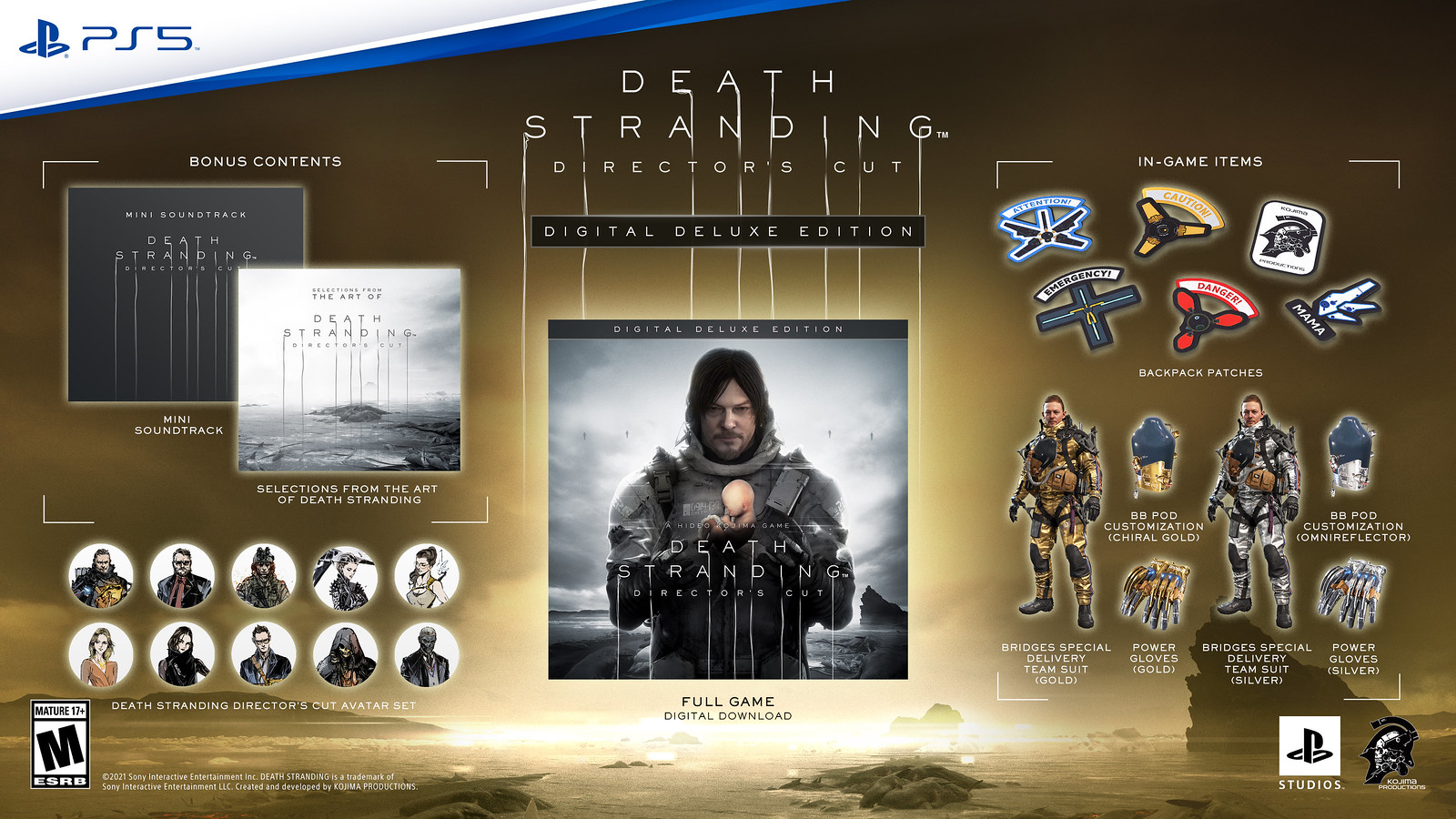 Before we close things out, on behalf of the entire Kojima Productions studio, I wanted to say THANK YOU to the PlayStation community for all the support you have given us over the years. You contribute so much; from sharing fan art, cos-player outfits and photomode shots, to delivering helpful hints and tips to new Porters, all of these efforts not only help us stay connected, they also continue to inspire us here at the studio as well. So again, we sincerely thank you. 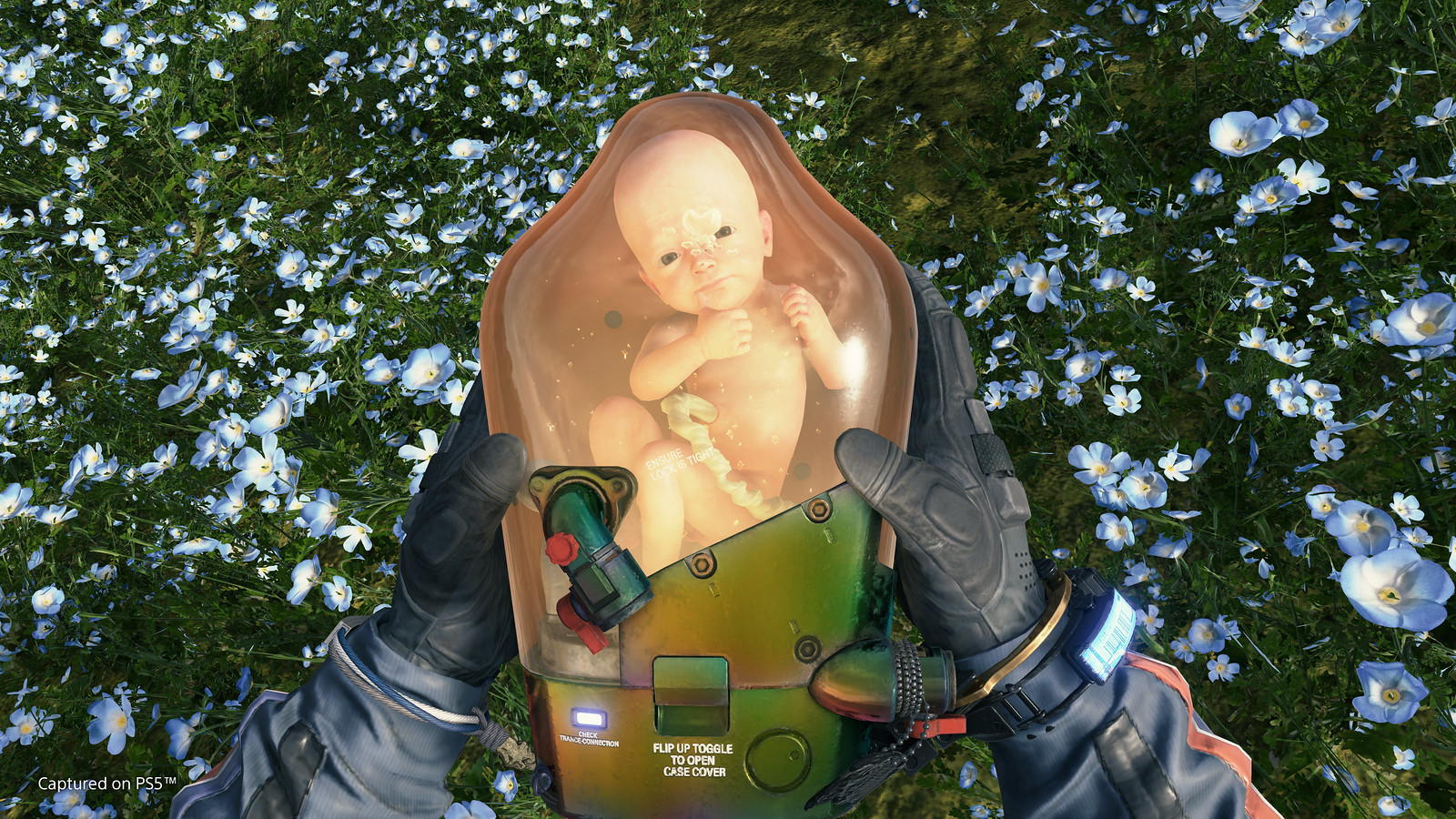 I hope you enjoyed the official reveal of Death Stranding Director’s Cut.

There is a lot more to come in a few weeks’ time, so don’t forget to follow us on Twitter @KojiPro2015_EN and stay up to date with all the latest news and announcements coming from Kojima Productions.

For more information on Death Stranding Director’s Cut, please be sure to visit the game’s official page at PlayStation Store.

In the meantime, thanks again for stopping by, stay safe and keep on keeping on!

*Internet and account for PlayStation™Network required
**4K and HDR require a 4K & HDR compatible TV or display.
***Owners of a PS4 disc copy must insert the disc into the PS5 every time they want to download or play the PS5 digital version of the game (which you can then play while your PS4 disc is in the drive). PS4 game disc owners who buy the PS5 Digital Edition disc-free console will not be able to get the PS5 version of the game for the discounted price.