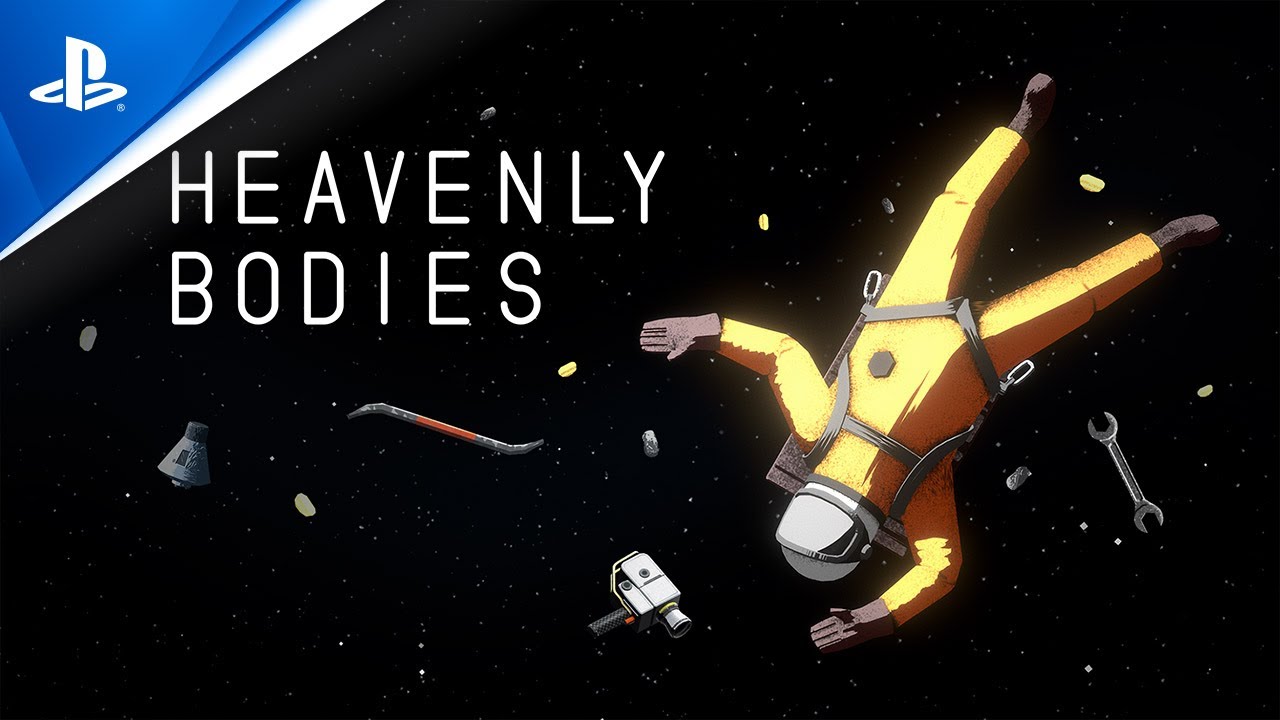 Take on the unique challenge of mastering tasks in zero gravity to keep a space station operational.

Hello everyone! Alex here from 2pt Interactive. We’re thrilled to share with you some news about our title Heavenly Bodies, and wish to give a little show-and-tell highlighting the unique gameplay we’re exploring with the game about space, the body, and the absence of gravity.

First and foremost – the news: Heavenly Bodies is coming to PS5 and PS4! Awww yes.

Seriously though, there are few words that can describe just how excited we are to bring our game to the console we adore. It would have been a dream to bring Heavenly Bodies to PS4 alone, but having the chance to use the incredible new features on the PS5 is mind-blowing, so we’re working extremely hard to make it something really special.

So, there are probably plenty of you wondering, what is the game, anyway? Well, in Heavenly Bodies, you’re a brave cosmonaut, and it’s your sole duty to maintain Earth’s latest and proudest feat of space engineering.

Oh, and you also have legs, which you can kick with R1 and L1:

Sounds simple? In theory, yes. In practise, no. You see, as humans, we’ve grown quite attached to gravity, so if you want to perform your duties like the heroes you’ve seen on TV, you’re going to have to take some lessons in weightless motion.

In Heavenly Bodies, we’ve designed everything that we can to be physically simulated. Ropes, buttons, machines, and your very own body react to forces in a way that, without gravity, will challenge you to rethink the way you approach seemingly trivial tasks. For starters, let’s take a look at how you’d get around:

Using your vice-like grip and toned arms, you’ll have to push and pull off surfaces to keep yourself moving. This is Newton’s Third Law in action! As you push your hand into the wall, the wall pushes back, thus transferring the force into your body.

Without a wall to brace on, you have no way of moving that thing!

Really though, virtually everything is physically simulated. Even the air:

So hold on to whatever you can.

We’ve worked hard to push our weightless bodily motion controls as far as they can go. To even our surprise, though, is just how much challenging, fresh gameplay such a simple concept has given us. Over your time in space, you’ll be using your body to do all sorts of things, from rewiring systems and prying doors:

All, of course, using the power of your weightless body and mind.

Feeling your surroundings with the DualSense for PS5

At its heart, Heavenly Bodies is a game about tactility, physicality and motion. In this way, it’s important to us that your cosmonaut body and your environmental surroundings feel as well as they move. With the shiny new features coming in PS5’s DualSense controller, we’re exploring all sorts of ways you’ll be able to experience the weight, texture, density, energy and vibration of every tool, device and surface you come into contact with.

For example, with adaptive triggers you can feel:

And with haptic feedback you’ll learn to understand that, in space, your sense of touch means everything, as you…

Play with a friend in co-op on PS5 and PS4

For those that were paying careful attention, yes, you can play with a partner via local co-op! Call on a friend and discover the new, creative and elaborate ways to finish the task at hand. Cooperation might not always be frictionless though, so pick your crew well.

That’s all from us for now! Thanks for having a read.