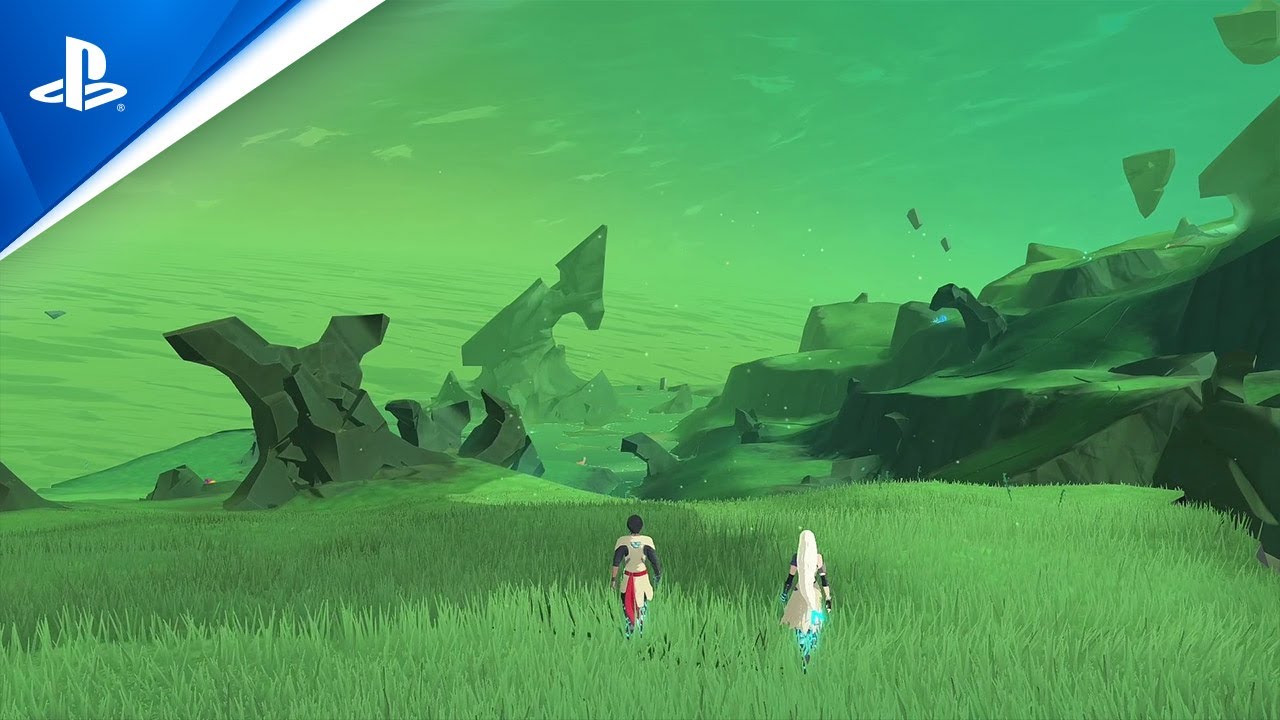 The Game Bakers make exploration and combat on a mysterious planet feel like a relaxing adventure.

People often ask me why we didn’t do a sequel to Furi, and I usually answer that we made Haven because our goal is to surprise players, to innovate, to explore new experiences. This is the absolute truth. But there’s another side to it that I don’t always tell: Furi was exhausting to make. I needed a pause from fast-paced action. I wanted a game that felt like a break between two action games.

When I was working on AAA games, I played pretty much every blockbuster to know the market, the competition. But between a game of Call of Duty and Assassin’s Creed, I needed a pause, and I used to play 30 minutes of Flower. I remember this time fondly. This game helped me relax between two overwhelming experiences.

That feeling was at the core of what I wanted to make with Haven: a game that feels like a gentle breeze. A game that lets you relax. A game that’s like holding hands on a nice outdoor walk. One way to achieve that was of course with Haven’s concept: the love story of a couple trying to stay together. A couple gliding over tall grass on a deserted planet.

Gliding and leaving a trail of tall grass is relaxing

But that relaxing feeling doesn’t come only from the game setting. All the game design around it has to make the experience smooth and chill. I wanted a game that felt light. Lighter than most modern big games that ask you to remember so many things.

If you don’t see what I mean by that, think about any big AAA open world game or RPG. They all have tons of features, most of the time the same features but with tiny differences in their implementation. Character progression, with lots of characteristics. Weapons and upgrades. Skill trees. Combos. Vehicles. AI teammates. Consumables items. Wide variety of lootable objects. Exotic gameplays like puzzles or races…

All those features and content are exciting. It sometimes adds depth, it helps build the lore and makes the experience immersive. But it’s also a bit tiring. Playing those games is like learning a new language. There is so much content that, naturally, it means a lot to learn and remember.

In order to create that relaxing feeling in Haven, we had to drop all that content. We had to reduce the amount of information needed. It’s a game where we want you to feel free: you broke from your chains and you explore a mysterious planet. We don’t want the game to be a drag by asking you to remember too much. To make it feel simple, we needed to make it lighter.

Here is a bunch of concrete design decisions that came from this philosophy:

A RPG needs a main quest and side quests, right? Well, there are lots of secondary things to do in Haven, they are just not formatted in a “to-do list.” If you are like me, you already have tons of to-do lists in your real life… I didn’t want Haven to be yet another game with a list of objectives to complete. So in Haven, there’s a simple main objective, given by the story and no objective list!

You can always have a chat on the couch to get a reminder of what to do.

After that it’s just about you exploring Source. To be honest, Yu and Kay do have a logbook. It helps you remember what to look for on the different fragments of the planet. But it’s not a list of tasks. There are no “tasks to complete” in Haven, because tasks are boring and tiring.

The logbook (bottom right) lists what’s been done and left to do on each fragment.

In many games, you have to manage resources, currencies, and optimize your spendings to save every little gold coin you can. In Haven you won’t have to worry about micro management. You have enough or you don’t, that’s it.

The inventory screen is rather simple compared to most RPGs

On Source, Yu and Kay gather flow, a very handy energy they use for many things. The flow meter isn’t a detailed gauge with number and an advanced refill system. It’s a ball of energy that’s more or less bubbly depending on how much flow you have.

You don’t have to check how much rust (the red crust that covers the planet) or food you have, you just go craft something and you’ll see. Basically, you never really think about managing your inventory.

Even action games can be crowded with numbers these days. In Haven, you don’t have a precise health bar in combat, but instead your characters show their health status through the color of their energy suit and by the way they move. The game is designed so that you don’t need the precise info (note: and it’s also designed to be colorblind-friendly).

When their health state changes, the characters walk and stand differently.

Their stamina and hunger are reminded through the dialogs. The only number you see is the damage when hitting an enemy or taking a hit.

Crafting can be very fun and prompt experimentation. But it can also require a lot of memorisation. In Haven, the UI simply shows you the ingredients you have. You can start mixing them and you’ll see a preview of the result.

No weapons or skill tree

I’m an RPG lover. I can appreciate spending hours choosing the best equipment for my team. But Haven’s taking a break from that. There’s no choice of weapon or skill tree. Sometimes it’s also fine to just focus on being good in combat, by yourself. And to drop the burden of comparing stats for each item in the game.

Yu and Kay evolve and gain new skills, but the game is not about becoming more powerful.

It seems easy to state “there will be no HUD,” but eventually you find out that people don’t understand a complex game without help from the interface… That happened to me on many games, indie and AAA alike. The only way you can achieve this is by actually having a very simple game. Journey pulled it off brilliantly. In Haven, the HUD is really super light, because the game is simple from the root.

While gliding, you just need to focus on your characters and where you want to go.

Even starting a co-op session has been designed to be easy and simple. If you’re playing solo and want someone to join your game, they just have to take the gamepad and press a button. Co-op will start automatically. There’s no menu. You don’t have to start over a new game.

A second player can join simply by pressing a button on their gamepad.

Of course simplicity is not the only way to go. I love a hairy and dense RPG as much as anyone else. But sometimes, between these deep and exhausting systems you learn in games, it’s good to take a little break. It’s what we wanted to achieve with Haven. Make it a gentle breeze, a soft hand that will take you through its journey without asking you to care too much about details. In Haven, we only want you to care about Yu and Kay.