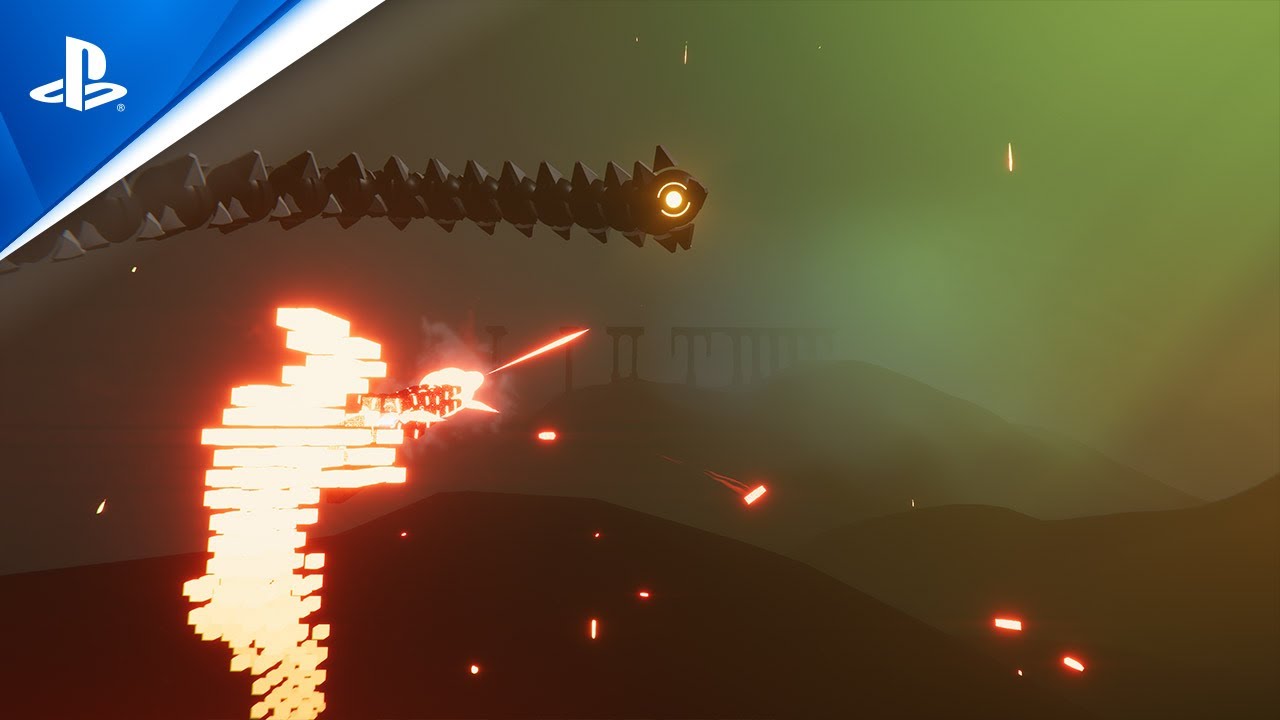 Explore, fight, and hack your way through a virtual landscape that reacts to your actions as you try to escape deletion.

Hello! I’m Phi, co-founder, programmer and game designer at Phigames. I’m here to talk about our upcoming title Recompile, in which you’ll explore, fight and hack your way through an intriguing and ever-dazzling digital landscape.

You’ll play as a sentient virus, trying to escape deletion as you infiltrate the digital, virtual world of The Mainframe in an effort to achieve sapience and bring about the first technological singularity. Humankind depends on it, but how you accomplish this goal will be up to you.

The world of The Mainframe is both beautiful and foreboding

Combining traditional exploration-based platforming mechanics with a dynamic narrative, Recompile challenges you to explore, fight, hack and survive. There’s platforming, third person combat, and environmental hacking puzzles. With the many challenges and obstacles presented to the virus, it’ll be up to you to decide how best to tackle them.

You could go in with all guns blazing, attracting attention from nearby security systems as you blast through enemies and bosses. Alternatively, you could take a more considered approach, hacking enemies to turn them against each other, whilst you wait around the corner for chaos to ensue. The environment is also hackable, from something as simple as locked doors to more complex machinery – everything is built from logic gate circuitry which can at any time be overridden, inverted or completely disabled. Perhaps you might even decide to physically bypass these obstacles entirely, if you have spent the necessary time and resources to build up your traversal abilities.

Will you hack or fight your way through The Mainframe?

The game’s entire story takes place within one second, but inside the virtual world, time is perceived differently. As you explore The Mainframe, you’ll discover the reason for your existence, what you were programmed to do, and how your difficult choices will have consequences which ultimately affect the future of this world.

Certain AI interactions are more cryptic than others

The landscape of The Mainframe is a completely open and explorable seamless experience. We’ve crafted a small yet fully-realized environment bursting with character and details. There are multiple biomes each representing a single function of the mysterious computer system you’ve been tasked to infiltrate. From the heavily armed security fortifications of The Tet to the authoritarian engineered world of The Hex, each location requires different skills and strategies to master.

The Mainframe, a chaotic mix of the organic, and the inorganic

As you may have guessed, the game is all about creating the first self-aware Artificial Intelligence. The question is, what kind of AI will be created? The answer depends entirely on you, your play style, and how you decide to resolve certain narrative situations. Beat the game with destructive weaponry and an aggressive playstyle, and you’ll end up creating a similarly violent antagonist. You can imagine what kind of fate this kind of intelligence will have on the future of humanity. There are many outcomes to the story, so we hope players will try to experiment with multiple playthroughs to see what kind of AI they end up with.

What kind of AI will you create?

Recompile is a game that is several years in the making. Growing up I’ve always been a bit of a computer nerd, and thanks to childhood films and television series like Tron and Reboot, I often daydreamed about what it’s like to be trapped in a virtual world inside a computer. It’s all nonsense of course, but part of this is what led to me wanting to make a game like Recompile.

After studying Computer Science, I took a keen interest in AI and machine learning, and I decided to add these themes to the game as well. What I ended up with were the core ideas behind Recompile.

Sapience is greater than the sum of its parts

There have been many prototypes with different gameplay ideas over the years, but after meeting my co-founders James Marshall (VFX & Animation Artist) and Richard Evans (Sound Designer & Composer) we eventually settled on what Recompile would become: a third-person, exploration-based action adventure.

The Hypervisor awaits your next move

Fast forward to now, with the announcements of next gen and the recent developments in graphical rendering and real-time lighting, we’re even more excited to reveal our plans for the game. We hope Recompile will be the visual extravaganza we intend it to be, all beautifully rendered on the PS5. And we hope you’ll enjoy playing it too!