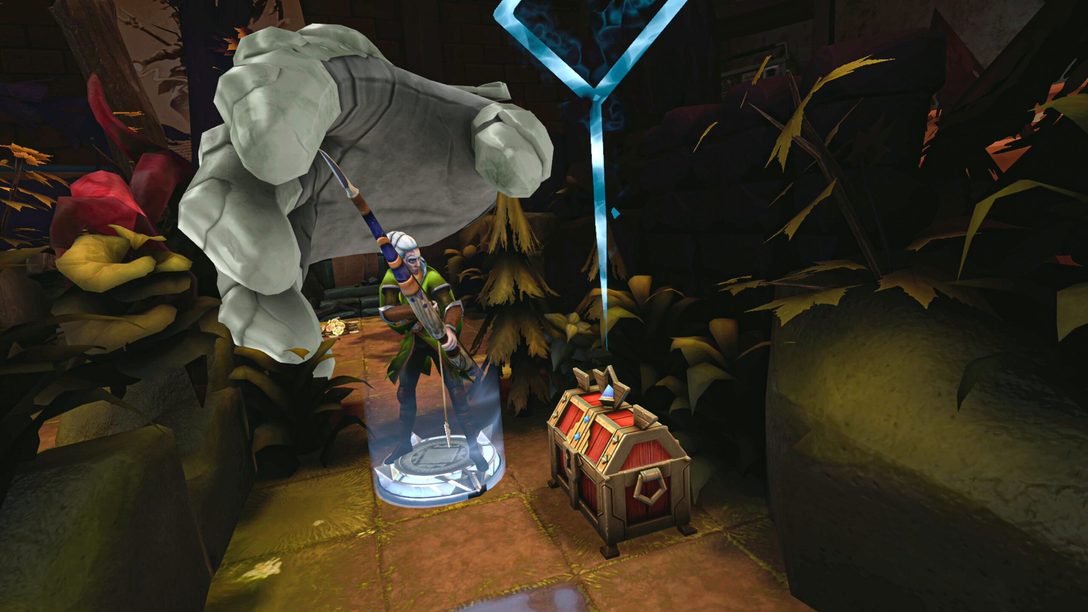 Remember the nostalgic feel of game night? It’s a Friday evening. You’ve just opened a bag of chips. Your friend across the table watches and waits impatiently as your other two pals – who showed up late – pull their character sheets out of their bags and try to find their dice. The anticipation builds. The board is ready. You’re about to go on the greatest adventure the world has ever known. 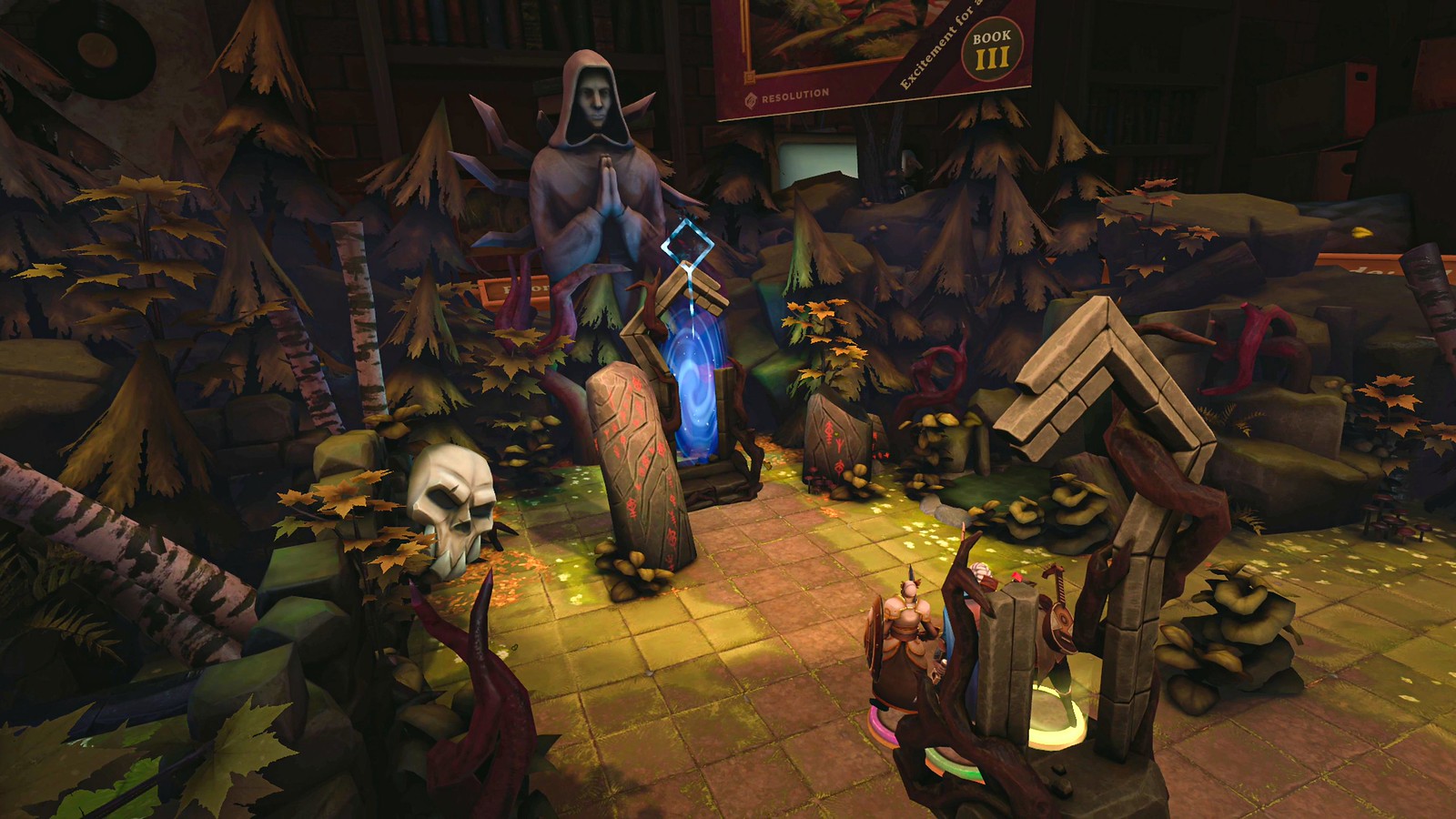 There’s something very special about getting around the table to role-play with friends, and as a VR studio filled with gamers who’ve been around the block a few times – including some of the most significant creators in multiplayer games like Mike Booth (Left 4 Dead) and Tom Hall (Doom) – we asked ourselves one question: how could we recreate that magic in an immersive experience that captures not just the gameplay, but also the feeling of getting around a table with friends to cast spells and slay monsters?

Our answer is Demeo — the award-winning VR experience (that’s also available outside of VR) that we’ve continued to build on since its launch last year with new heroes, new adventures, and more. And now, we’re delighted to announce that we’ll be bringing Demeo to PlayStation VR2 and PlayStation 5 in 2023 with a wealth of great features that truly make this one of the best ways to experience Demeo yet.

Haptics in the PS VR2 Sense controllers, headset, and the PlayStation 5’s DualSense wireless controller will each play a role in immersing you deeper into Demeo than ever before — and it’s not just big moments like feeling rocked by a fireball or other offensive spells. Imagine reaching down with your PS VR2 Sense controller to pick up the different game pieces and feeling a different weight to each of them. That’s the level of depth we’re aiming to capture with our haptics implementation. 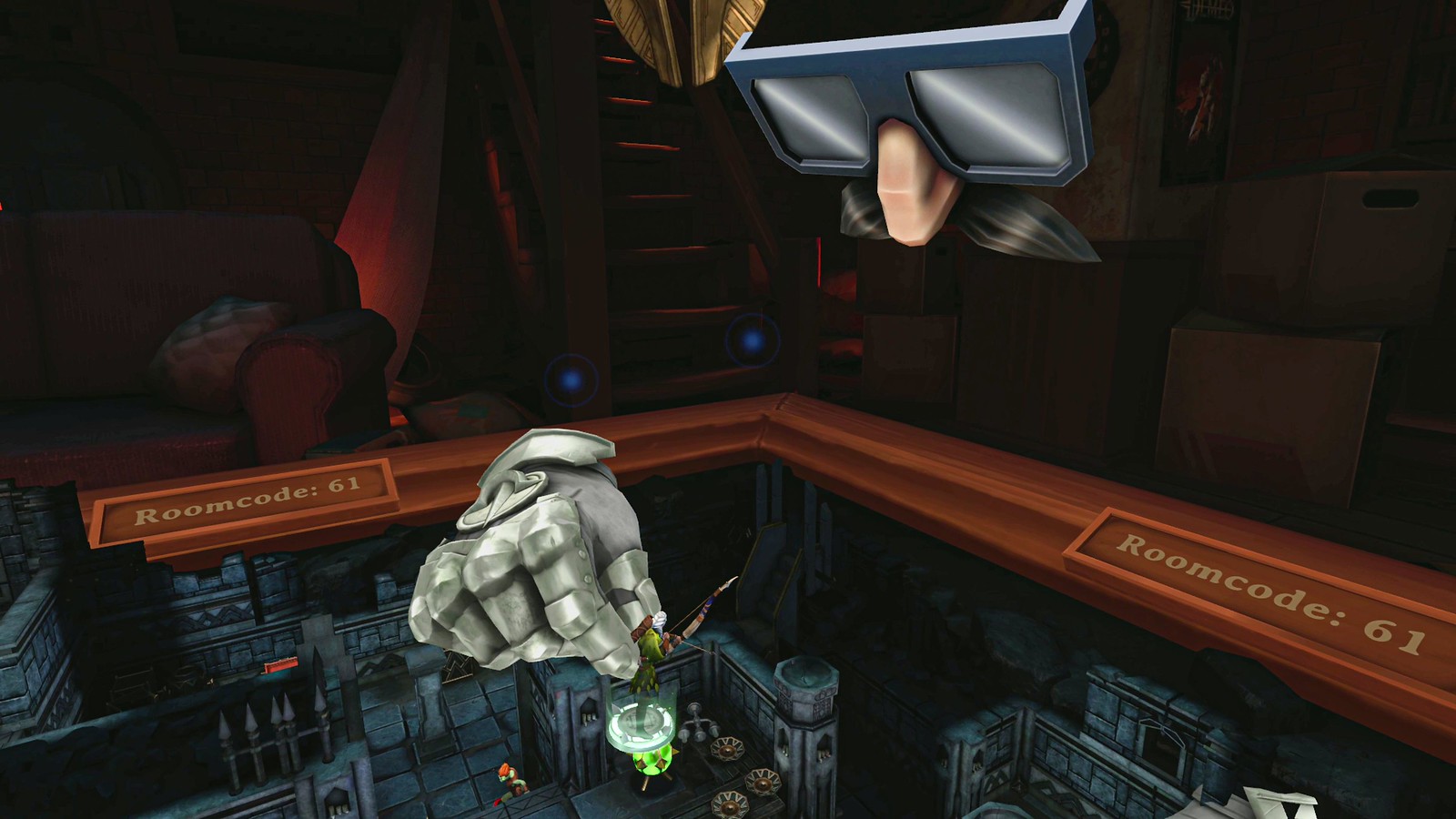 The visual fidelity of both PlayStation 5 and PS VR2 have given us plenty of reason to revisit our graphics to take advantage of what’s possible on PlayStation hardware. If you thought the heroes and monsters looked intimidating before, just wait until you see them with our latest shaders!  Refresh rate is a crucial part of creating a comfortable virtual experience too, which is why we’re delighted to take advantage of the 120hz refresh on the PS VR2.

Thanks to hardware-level eye tracking capabilities, we’ll also be able to bring a little magic to our menus: PS VR2 players will be able to make selections in Demeo’s menus with little more than the blink of an eye. It’s a surprisingly fast experience that gets you into your next game in no time flat. 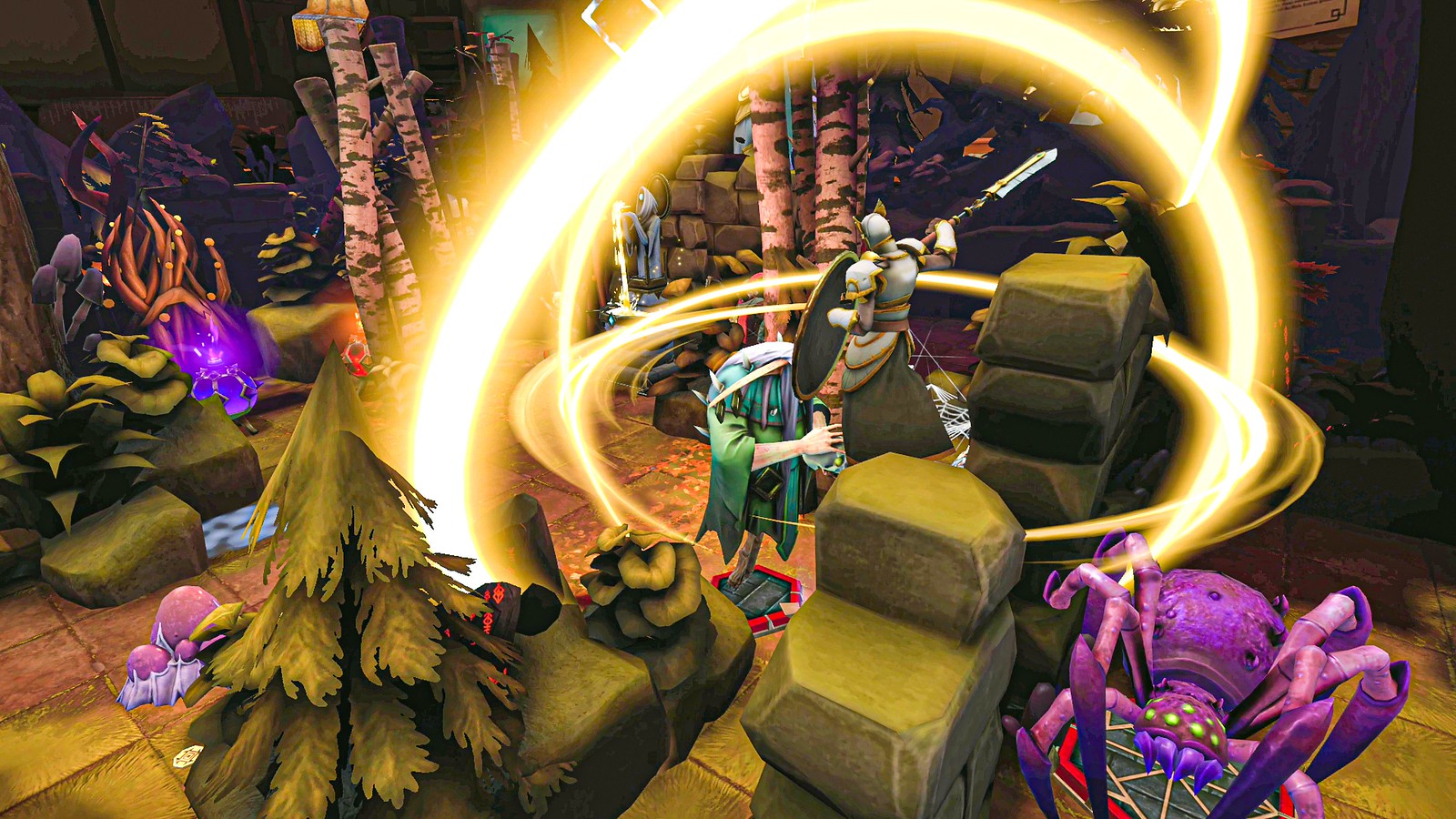 When Demeo launches on the PlayStation Store, it will be available for players who’ve jumped into the virtual realm, as well as those who haven’t — but that doesn’t mean PlayStation gamers who want both experiences should have to buy it twice. Players will be able to enjoy Demeo on both PS VR2 and PlayStation 5 in a single purchase, giving gamers the flexibility to start each adventure on their hardware of choice. Whether it’s a “lean back on the couch” day or a “surround yourself with your fellow adventurers in VR” day, we’ve got you covered.

And if you want to play Demeo with your friends, but they play on non-PlayStation hardware? You can do that too! Thanks to Sony’s ongoing developer support, Demeo players on PS5 and PS VR2 will be able to jump into sessions with their pals no matter where they prefer to get their game on. 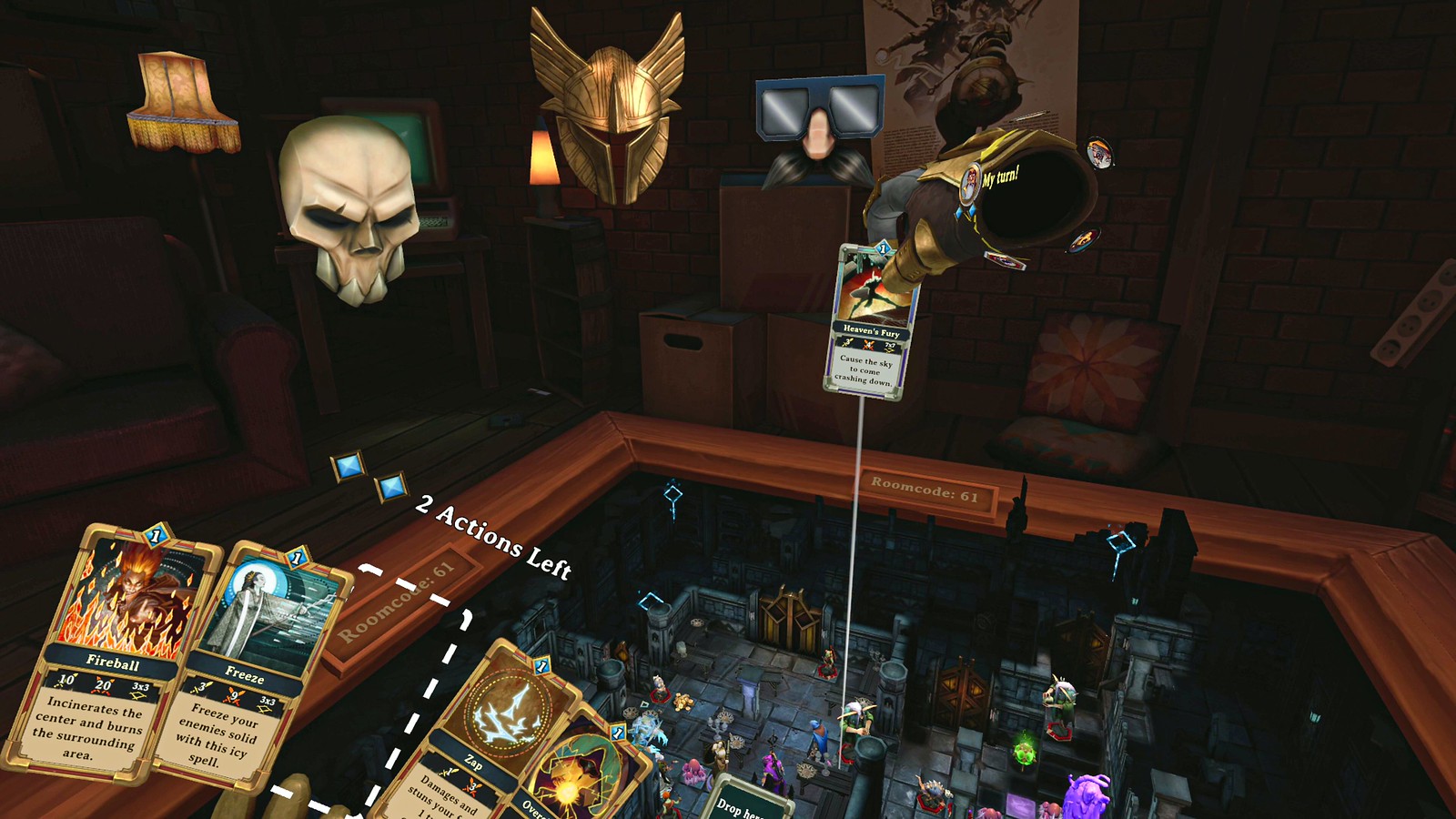 We’ve had an absolute blast over the last few years getting around the virtual table with friends to roll a die, play some cards, and move some minis — and we’re so excited to welcome the entire PlayStation community to the fun in 2023!