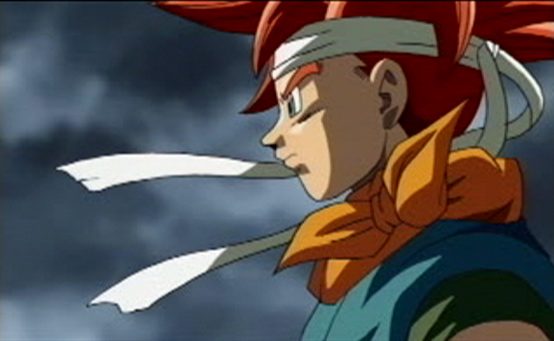 What’s the first thing that comes to mind when you hear the words “Chrono Trigger?” I’m sure a lot of things, but I bet the first thing on your mind right now is “When can I get it?”

We’re happy to confirm that Chrono Trigger is coming to the PSN in North America on October 4th. That’s right—in just a few days, you’ll be able to visit (or re-visit, as I’m sure is the case for many of you) one of the most hilarious and unique casts of characters ever assembled in an RPG:

Crono: The spiky-haired, stoic protagonist who finds himself wrapped up in events beyond his control. He’s pretty good with a katana and doesn’t run from a fight.

Marle: The requisite princess, but she’s no ordinary princess. How many princesses do you know that wield a crossbow?

Lucca: Chrono’s best friend since they were little kids. Oh, and she’s a supergenius who invents things such as the teleporter that starts your journey through time.

Frog: A knight from the middle ages, Frog is a man who has been cursed and turned into a giant anthropomorphic frog. But being a frog doesn’t prevent him from being a fantastic fighter—and having one of the coolest special attacks in the game.

Robo: A robot from the future (I’ve always wanted to write that) who, after being repaired by Lucca, joins the party. Yes, a robot. With lasers!

Ayla: Hailing from prehistoric times, Ayla is tough. Really tough. She uses her enormous strength and agility to fight unarmed, and dishes out a lot of damage.

Travel through time to put things right and defeat the evil Lavos before he destroys everything!

There’s more than one way to save the world, of course, and Chrono Trigger respects that. In fact, the game has always been highly regarded for the number of different endings available. Have you got them all? If not, the time has come.

Robo, Lucca, Marle, Frog, Ayla, and Chrono are waiting for you.