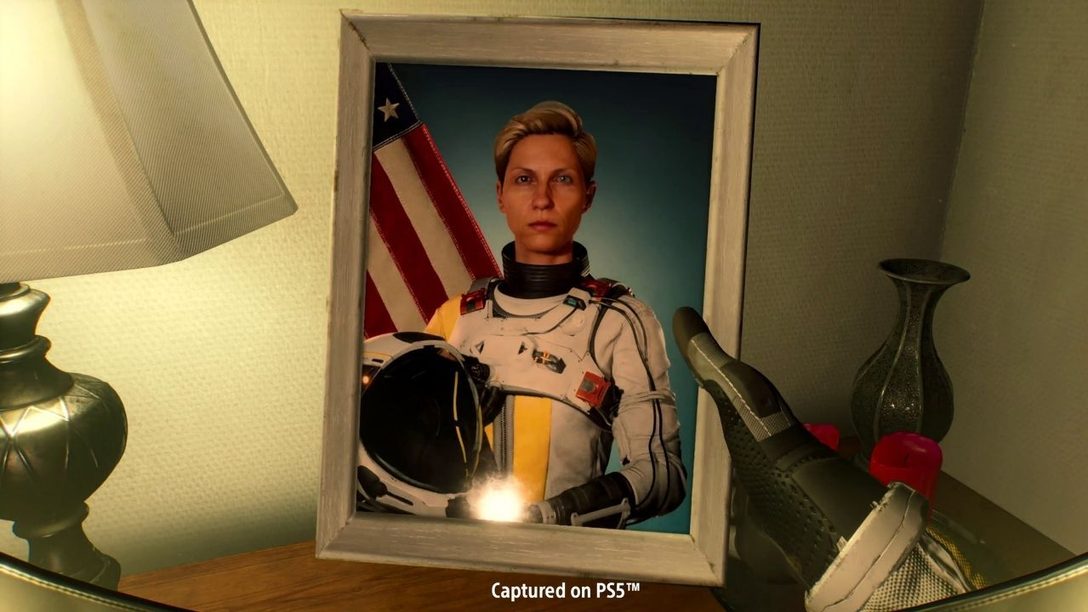 Housemarque teases the deeper mysteries waiting at the dark heart of its PS5 sci-fi action thriller.

Today, we are very proud to debut our new story trailer for Returnal with you all and reveal more information about the game’s story ahead of next month’s release. This PS5 exclusive combines explosive action, roguelike elements, and cinematic storytelling to create a dark, sci-fi action thriller.

Storytelling is a big new feature to Housemarque games and we have a bold story to tell. Our goal with Returnal is to tell a mysterious, layered, and haunting story that – like our explosive action gameplay and roguelike twists – is something you discover, replay, and rethink on every play.

Our narrative direction and storytelling philosophy with Returnal is that the story should not compromise the gameplay. Instead it should rationalise, deepen, and blend with it. We’ve already touched upon the game’s combat systems, so in today’s blog post I’ll shed more light on some of Returnal’s mysteries and the challenges Selene faces from a narrative perspective . . First, make sure to watch our Story trailer below.

Our story follows Selene, a Greek-American ASTRA deep space scout who is a complex and layered character that is driven to a fault, intelligent, and resourceful. For the first time in her career she goes against orders to travel to the alien planet Atropos to follow the “White Shadow” broadcast signal. Upon arrival she crash lands in an alien forest. Here she discovers the ruins of an alien civilisation filled with statues, gates, xeno-tech, and alien corpses. But she’s not alone. The planet’s surface is teeming with hostile creatures that attack Selene on sight, as well as other threats left by the world’s former inhabitants

Across Atropos everything is hostile, alien or mysterious, leaving Selene to be one of our sole human elements. So it was important for us that our lead was a compelling, complex character that players would root for and want to understand better. I am very happy to share that Selene is voiced in a raw and grounded performance by Jane Perry (recently Diana Burnwood in the Hitman Trilogy), while her visual appearance and facial capture is performed by Anne Beyer. 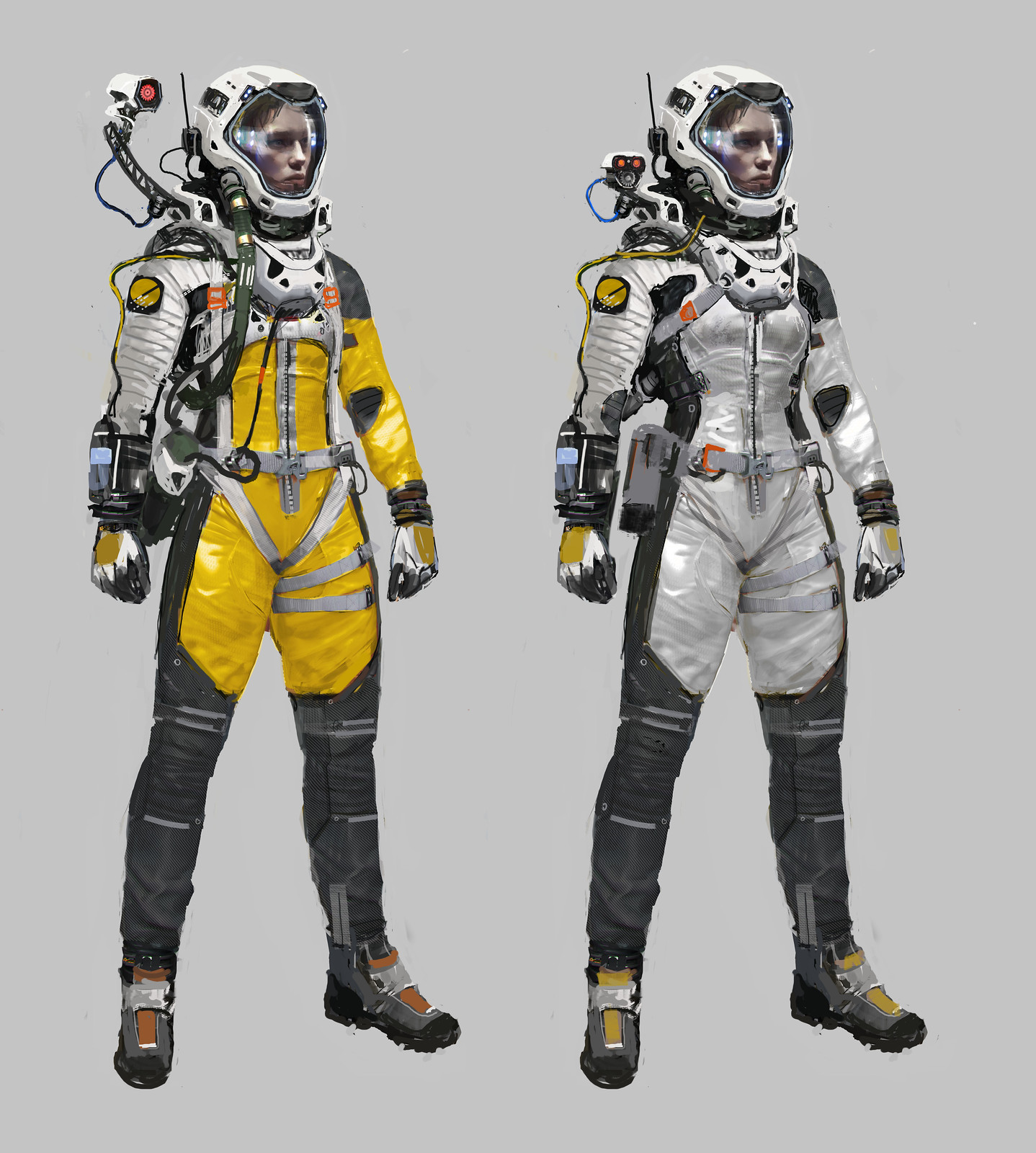 We wanted Selene’s suit to be in stark contrast to the dark and outlandish world she’s stuck in. Bright and clean design is a canvas to show her journey on, and allows you to track her movement in both dark environments and bullet hell combat. 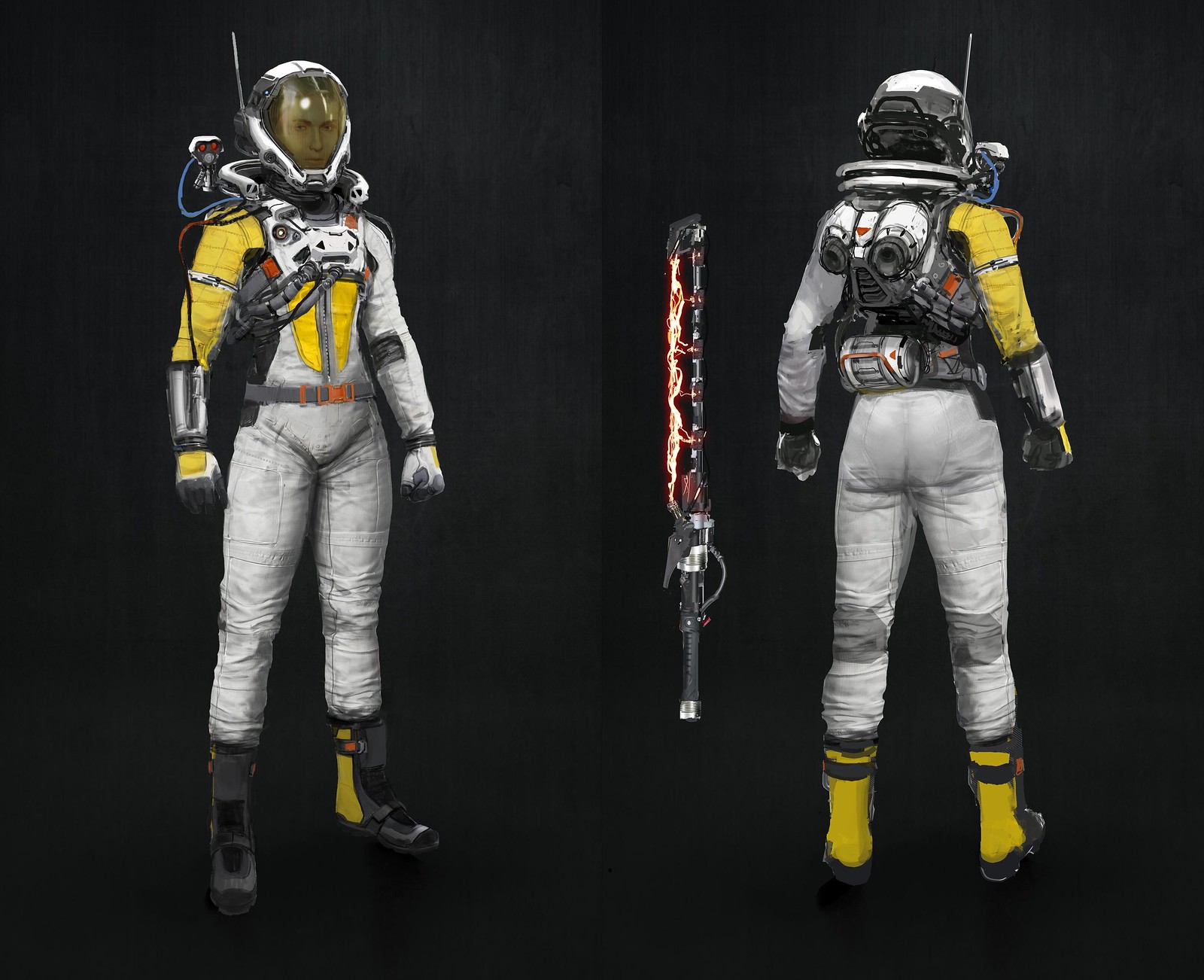 The ASTRA Scout Suit is an impressive piece of technology but it does not make Selene impervious to damage, nor do the fighting for her. We did not want the player to feel safe in a suit of armour but survive through skill and fast thinking.

2. How the world changes to challenge you

During her first scout, Selene scans xeno-tech, defends herself and finds useful resources, but eventually she succumbs to the elements and dies only to reawaken again in her ship’s cockpit moments before the crash. On leaving the crash site, she discovers the world has changed its layouts, making her journey to the “White Shadow” signal different on every cycle and rebirth. It’s an endless cycle where even death is no escape.

With Selene, players uncover this mystery together and have to fight through the hostile creatures, traps, hazards, and more hostile elements of Atropos. It is a story that you have to piece together with Selene and interpret through our environments, sound design and pure story elements. We show some of these environments in our story trailer and there’s even more unique environments and creatures to explore, understand, and overcome during Returnal. 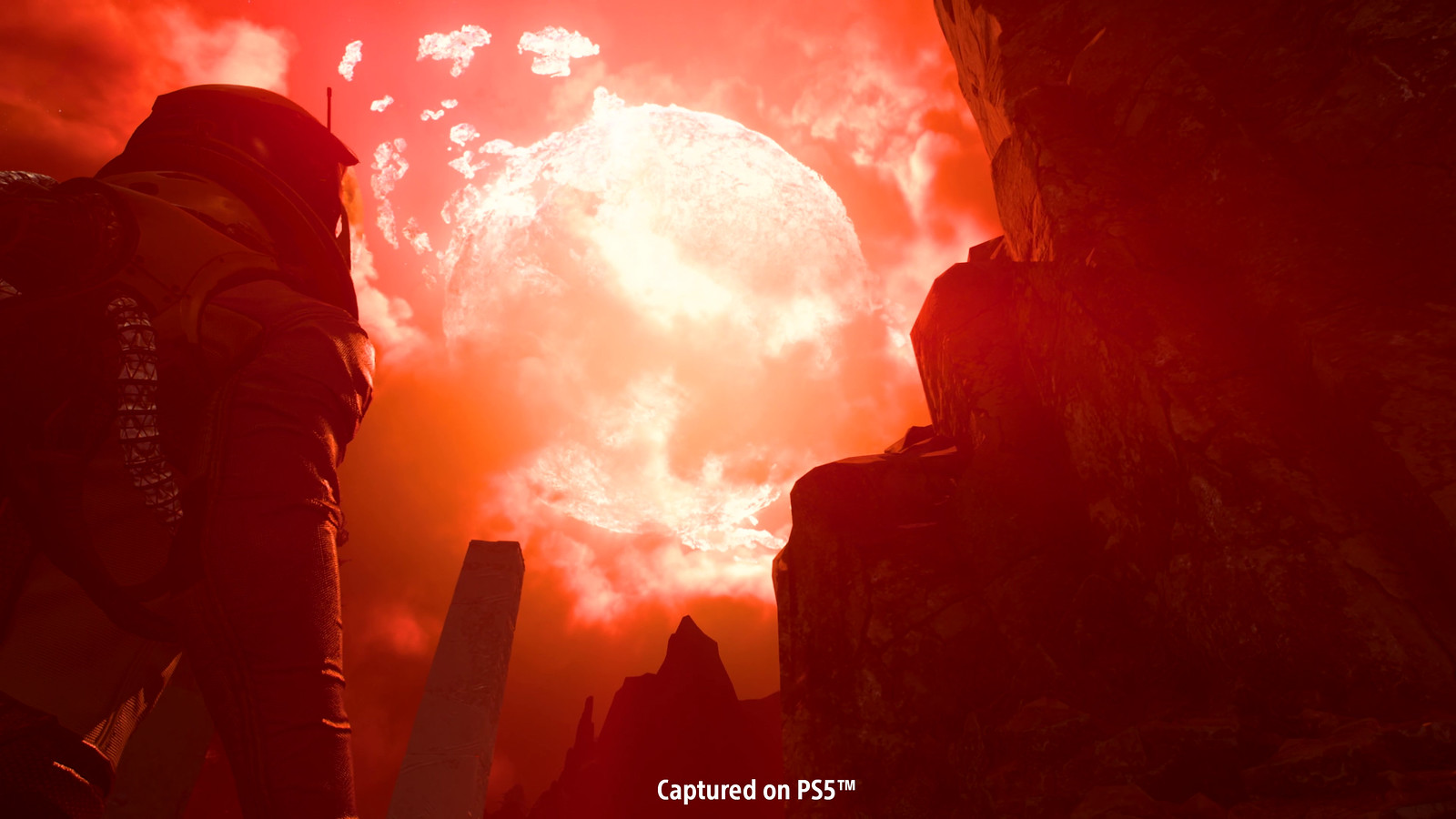 Each environment is a special location that has new creatures to encounter, more story to discover and much more. As you can see from the trailer, the Overgrown Ruins is a maze-like oppressive forest, filled with the remnants of the alien civilization that rearranges like a puzzle on every cycle,. In comparison, the Crimson Wastes is an open red desert with new hostile threats and story layers to uncover.

Every location on Atropos shuffles and changes on each death and rebirth, giving Selene and players a new challenge with every replay. Fortunately Selene is very resourceful and can utilise the xeno-tech to find shortcuts, while making permanent progress thanks to certain items that withstand the cycle. Other items also allow her to fight longer and harder with every cycle. 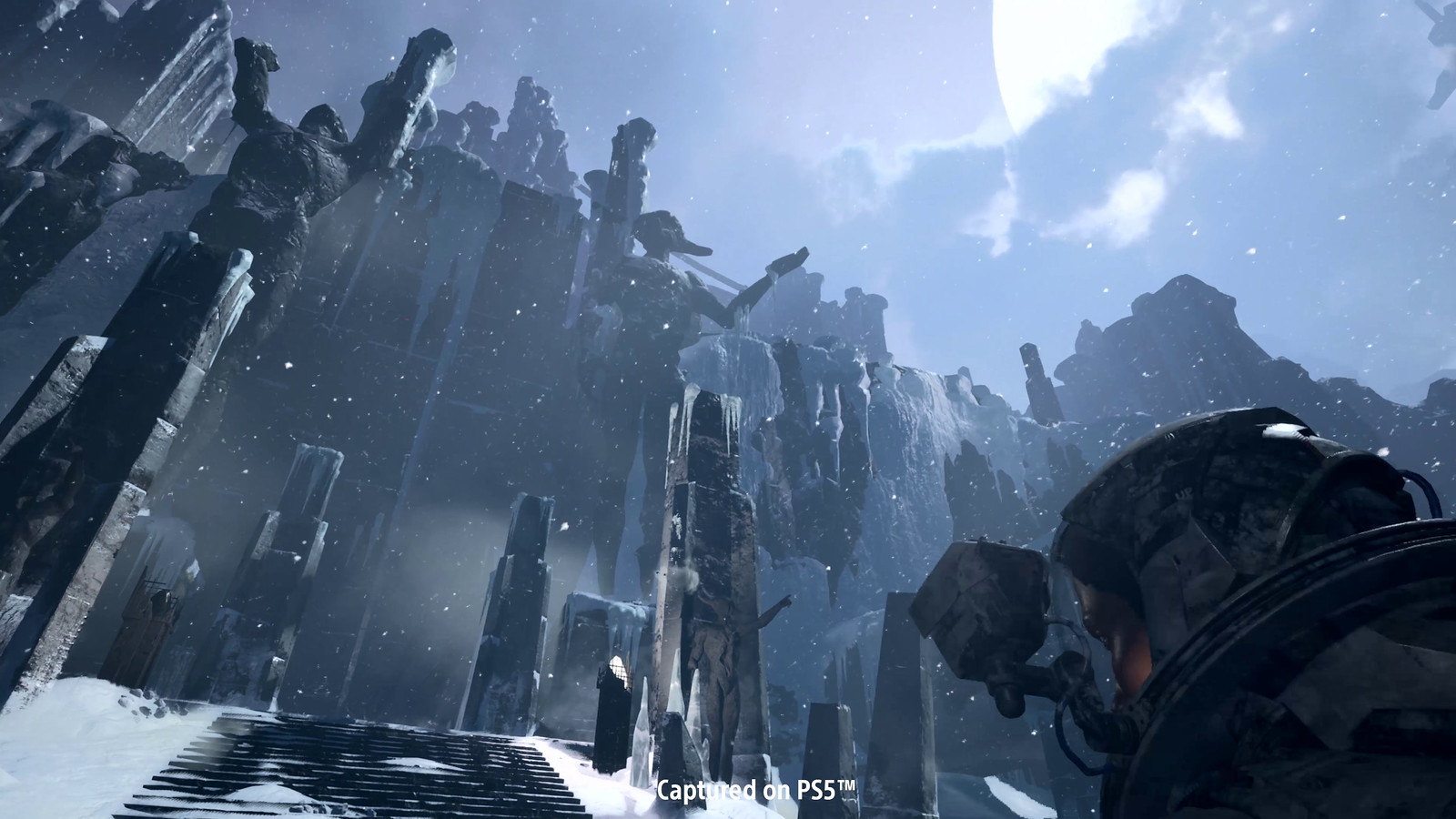 3. Relive other cycles that aren’t your own

During your journey through Atropos you discover the story of the alien civilization through a set of holographic statues, which are called Xeno-archives, and the disturbed writings found on Xenoglyphs, which tell the same story from another point of view. Xeno-archives are purely visual that need to be deciphered, whereas Xenoglyphs are written and need to be translated via language samples collected across Atropos. It is a new way to tell a story and we’re very excited for players to try to uncover the mysteries of this alien civilization.

As shown in our trailer, Selene also discovers her own scout corpses across Atropos. These corpses can feature projections of other players’ deaths (via our online systems), or Scout Audio Logs that are left behind by other versions of Selene, that she cannot remember recording. The projections show other players deaths in Returnal, at the conclusion of which you can decide to scavenge the remains for items or revenge their death, triggering events that are best discovered when you play. Story content from audio logs is handcrafted storytelling, whereas the projections are all created via other players’ deaths and found across all of the environments in Returnal. 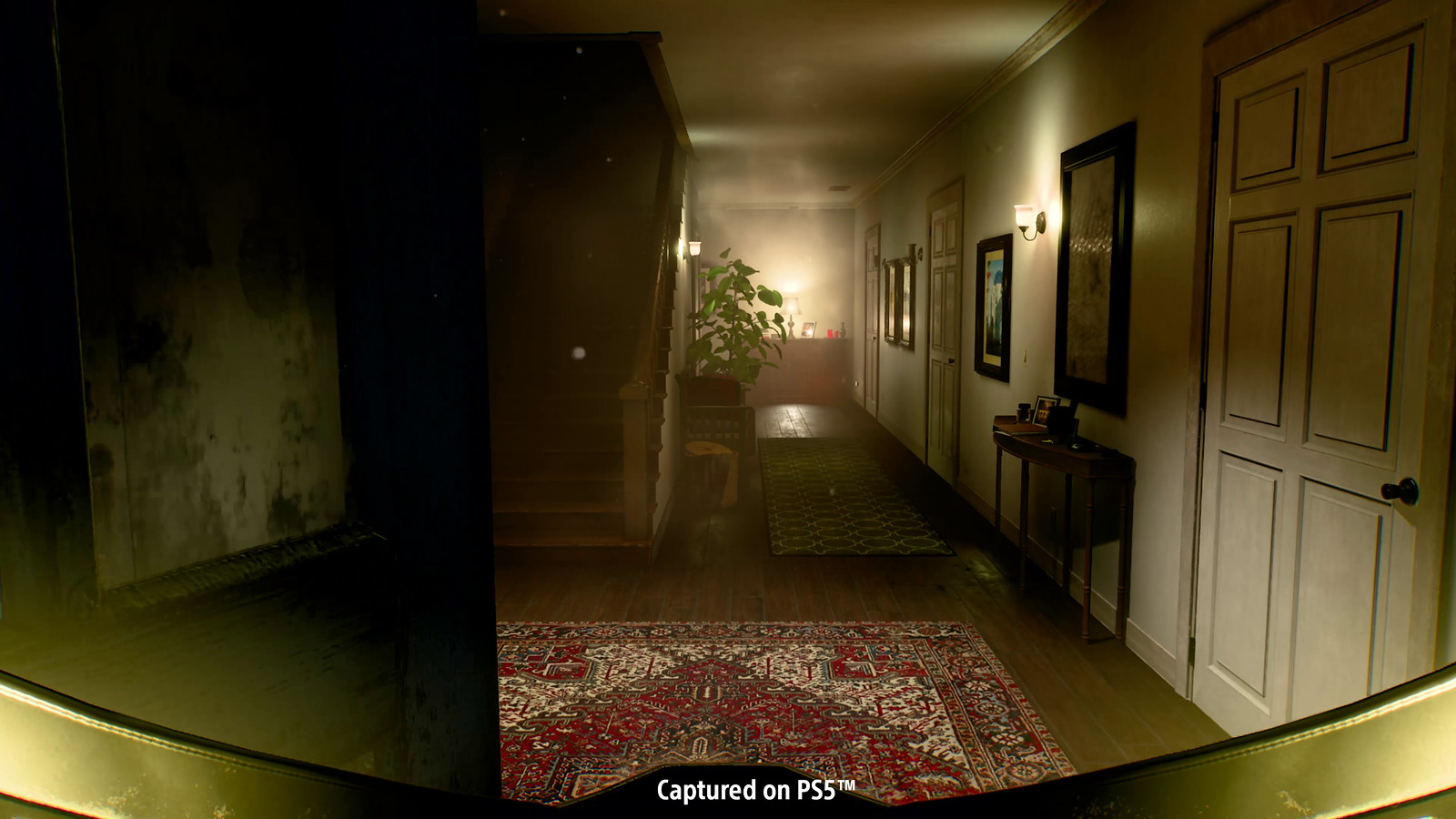 4. Uncover a deeper mystery in first-person

Last but not least, as you noticed in our trailer, Selene also discovers a mysterious house that is strangely familiar. Returnal is primarily a third-person action experience, but Selene and players can also choose to go inside this house on Atropos in atmospheric first-person story sequences where she confronts strange and familiar events inside that you need to piece together…

So Returnal is not just a sci-fi action action thriller and roguelike. We also have a bold, dark cinematic story to tell. It is a mystery to decipher and replay, like our gameplay mechanics come every cycle. For me it’s a story about self-discovery, progress and breaking the cycles we put ourselves in.

Thanks for reading and we can’t wait for you all to play Returnal on April 30.

Stay well and stay safe all!