How Housemarque is equipping you to survive its upcoming PS5 action shooter.

Hi everyone! I hope you’re enjoying the recent videos we’ve shared about Returnal. With this latest update we wanted to share some more details about the gameplay, which we know you’ve all been looking forward to.

With Returnal we’ve aimed to blend a unique mix of game styles. It combines our trademark explosive arcade action, responsive controls and bullet hell gameplay, and this time it’s all presented in third-person. There will be fast and frenetic combat and intense gunplay, and also some rich exploration and traversal as you explore the procedurally generated environments of Atropos. We’ve created Returnal to be a challenging and rewarding experience, with enough variety and depth to keep you always coming back for “one more go”.

From lightning to tentacles

Selene will have many weapons and devices at her disposal to survive on the hostile alien planet Atropos. Some she’s brought with her – others she’s found and made her own. The above video shows some of the various abilities you’ll find while playing Returnal which we’ll dive into below.

The game features a number of base weapons that are augmented as you play. For example, the living Spitmaw Blaster weapon starts as a shotgun archetype you all know and love. As you progress, you’ll unlock and add on various Weapon Traits, each providing a unique gameplay modifier to the base weapon’s behavior. These Weapon Traits are custom tailored for each gun type – so your Spitmaw Blaster might gain exploding shells or generate acid pools upon impact; while the Electropylon Driver might extract extra loot from enemies, or generate shields for the player. These Weapon Traits will also stack, so the combined effects can lead to many surprising results that can have unique advantages and playstyles to explore. 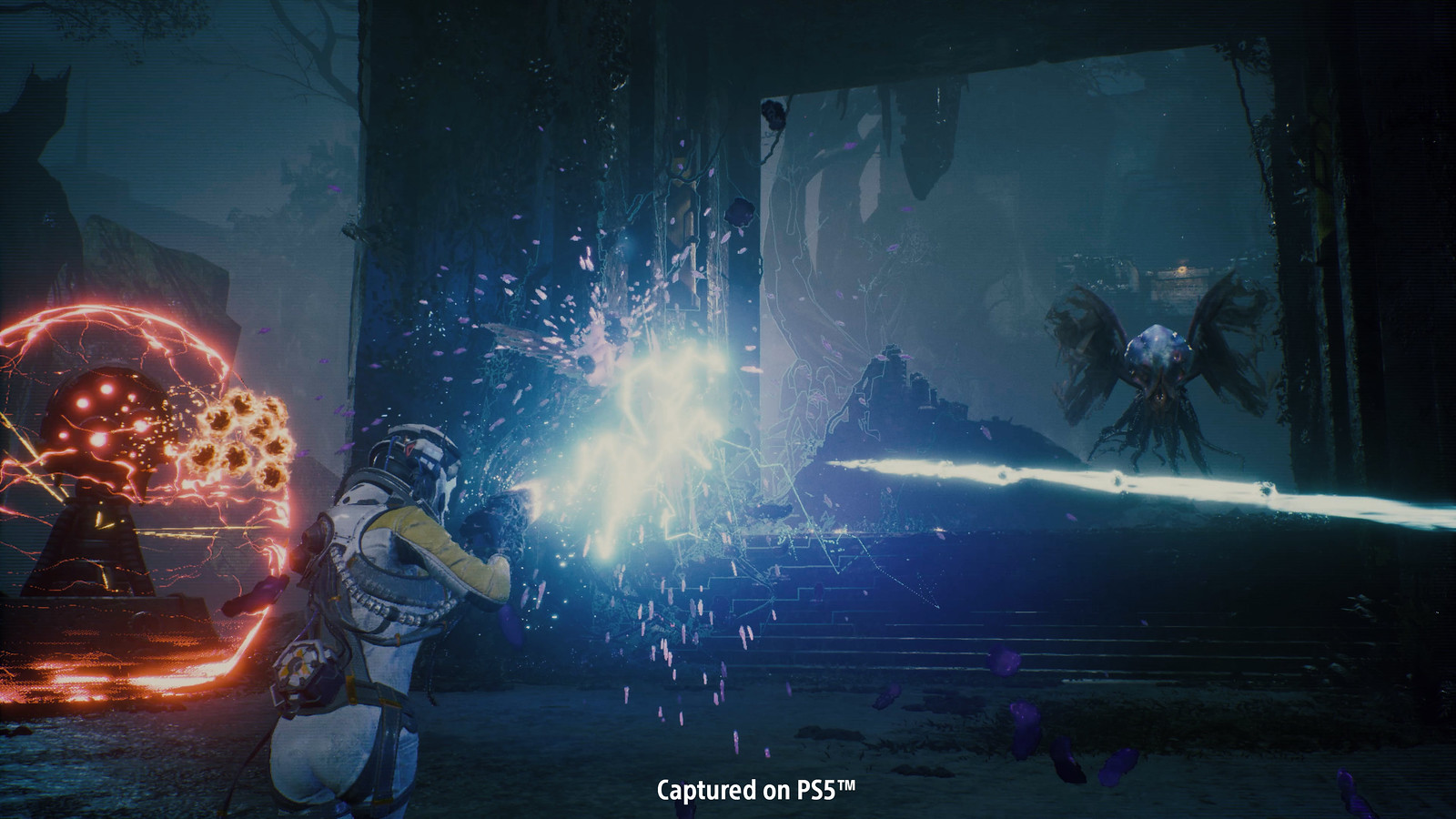 Each weapon will also have an alt-fire mode randomly assigned to it from our diverse pool, ranging from the electrical impulses of the Shockstream to the tentacles of the Tendrilpod, and everything in between.

These can be used without ever taking your finger off the trigger using the default control scheme: with the adaptive trigger on the DualSense controller, just press L2 halfway to aim down the sights and use the main fire of your weapon, and squeeze it all the way down to enter your alt-fire mode. 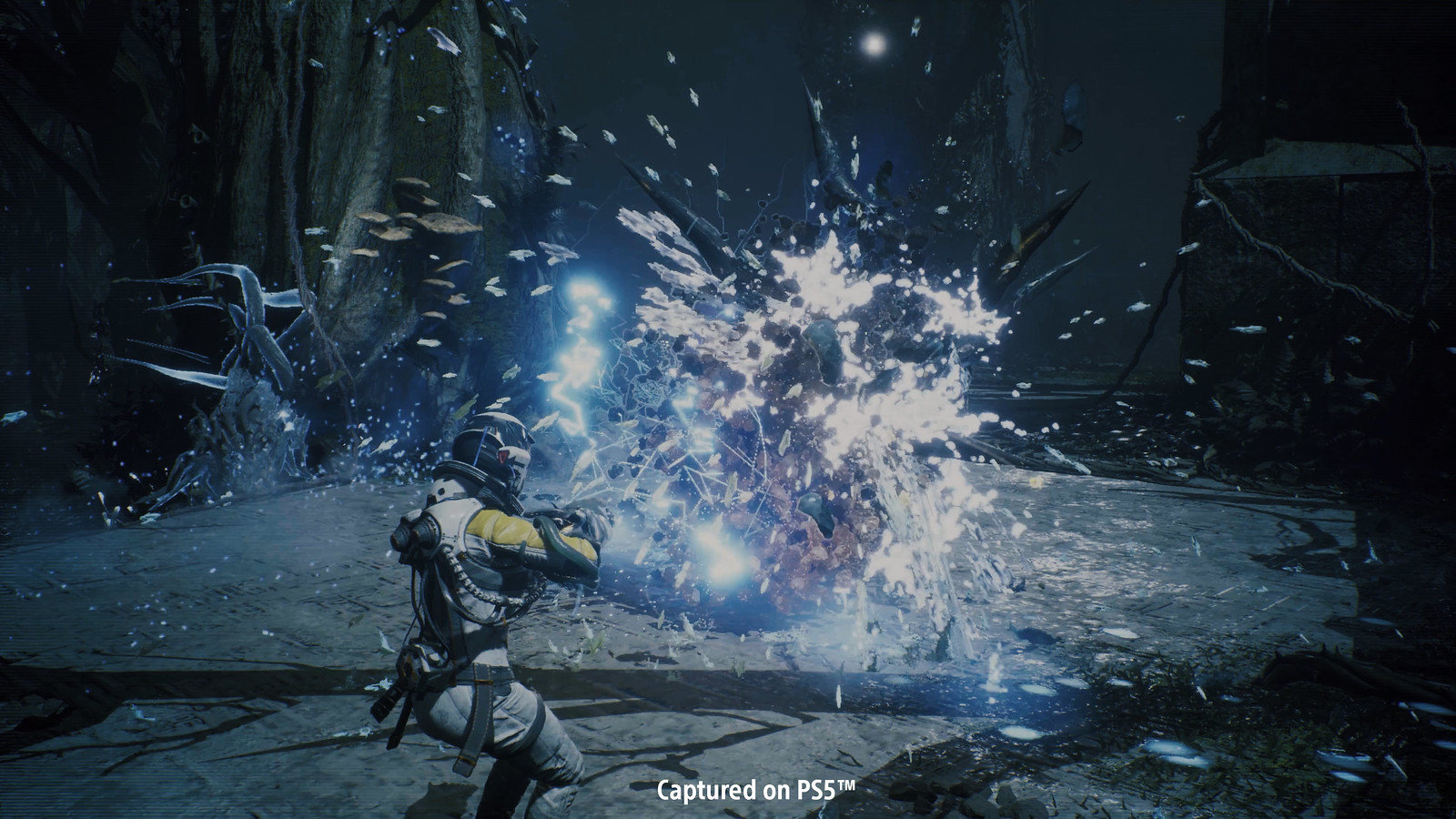 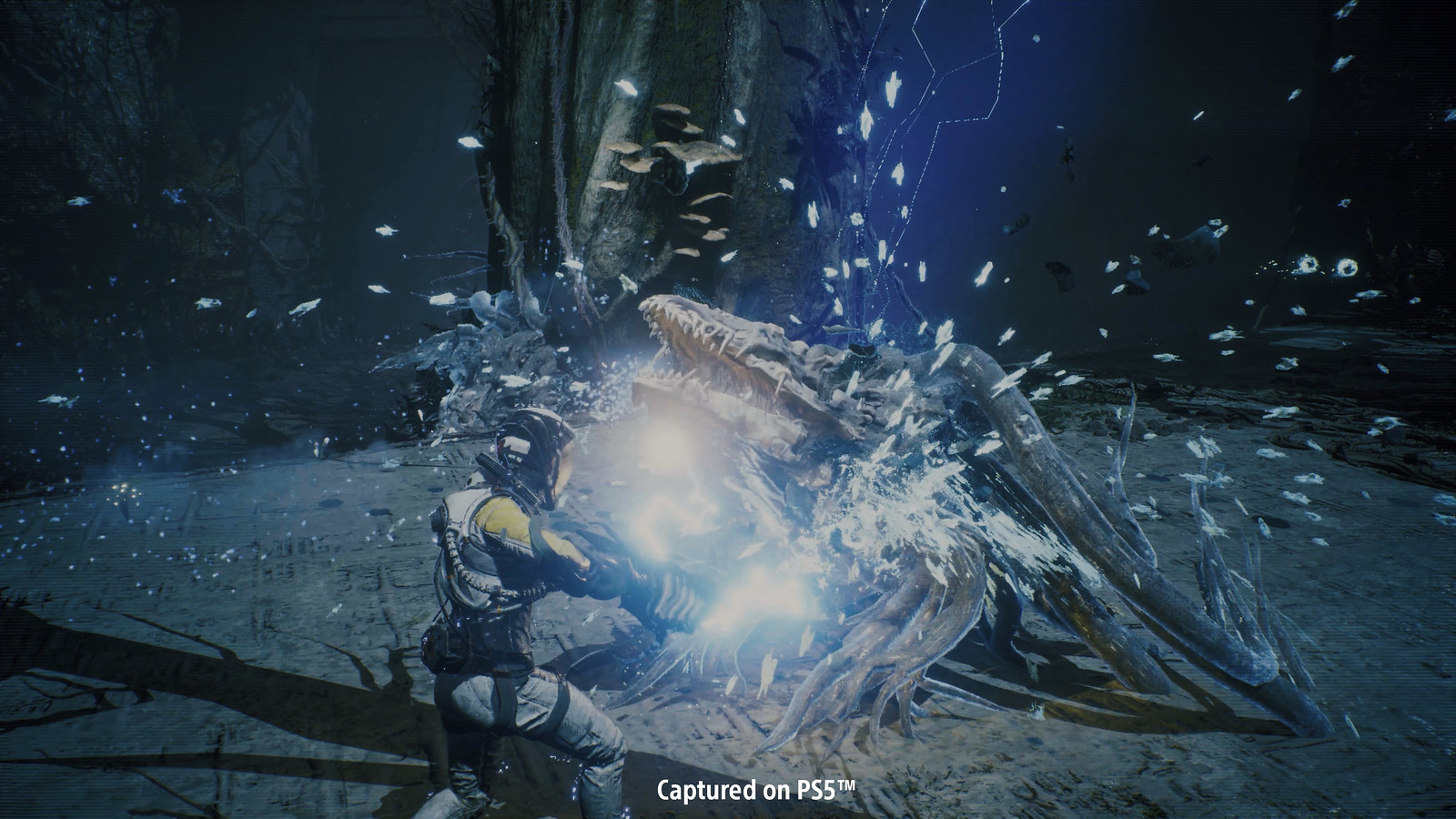 With 10 base weapons, more than 90 Weapon Traits (each with three levels)and 10 alt-fires, there are numerous weapon combinations to test out on your journey.

While new weapon drops are frequent, Selene can only hold one weapon at a time, so your choice is important. Different challenges and enemies will also require different strategies to overcome, so you’ll need to be constantly adapting, experimenting with different weapons, and developing your skills to survive on the hostile planet of Atropos.

For Selene, death is no escape. Each death sends Selene to the start of the time loop, just moments before crashing on the planet. Most abilities and items collected on the previous cycle will be lost…but not all of them. Some persist across sessions, so you’ll still make progress every cycle. 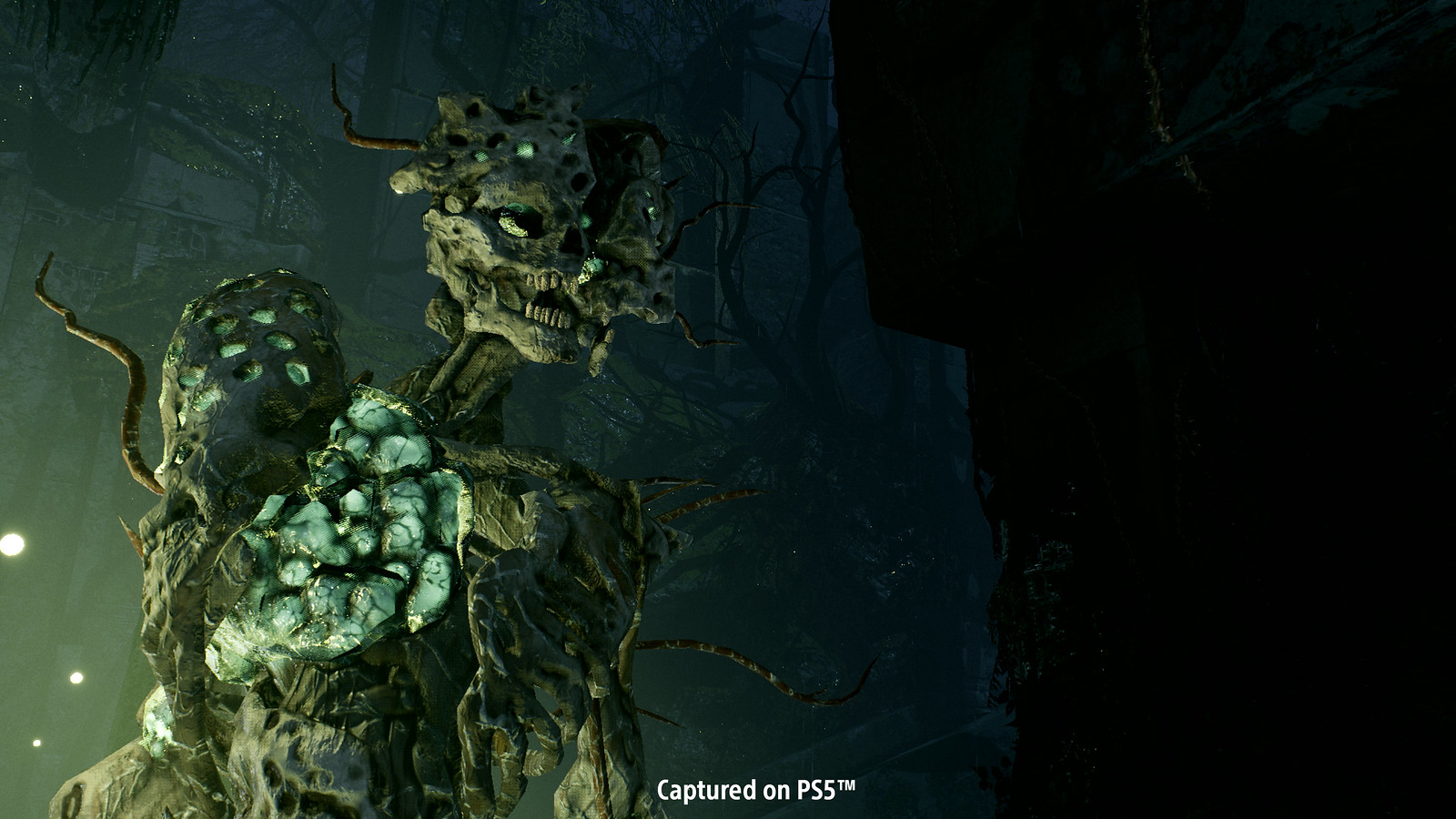 One of these persisting elements is the mysterious Cthonos, an alien device that generates a random item at the beginning of each cycle. This otherworldly device is tracking your performance, and when enough progress is accumulated you will be rewarded with a brand new item for immediate use, which will also be permanently added to the pool of available loot from that point on as well.

The items you earn or discover as you explore the planet Atropos will change the way you play and offer a wide array of effects and strategic options for Selene. They can be offensive Tools like the Dismantler, a smartbomb-style explosion which annihilates all enemies around you; defensive consumables like the Kinetic Siphon, which restores Health through melee kills; or more strategic Artifacts that give Selene some unique advantages under certain conditions. 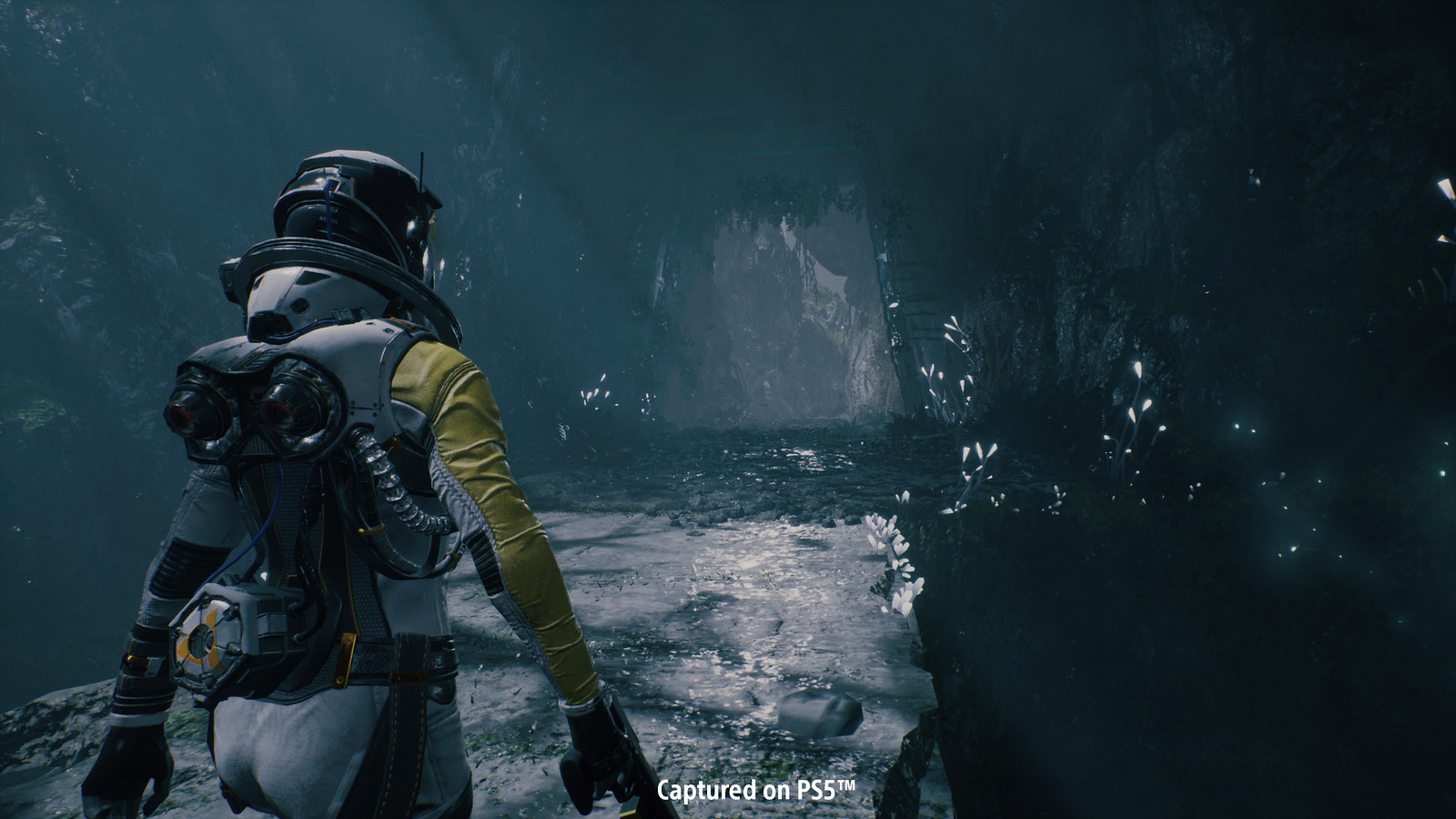 There’s plenty of loot to be found on Atropos, but be wary that not all that glitters is gold. Some items, called Parasites, have both positive and negative effects. You’ll need to think twice before picking up a Parasite that, for example, regenerates you while at low health but also causes enemies to leave behind a pool of acid on death.

Collecting Parasites will often feel like a risky decision, but there are multiple other scenarios that can help shift the odds in your favour, like for example carrying an Artifact that can increase your max health for every Parasite you’ve attached. 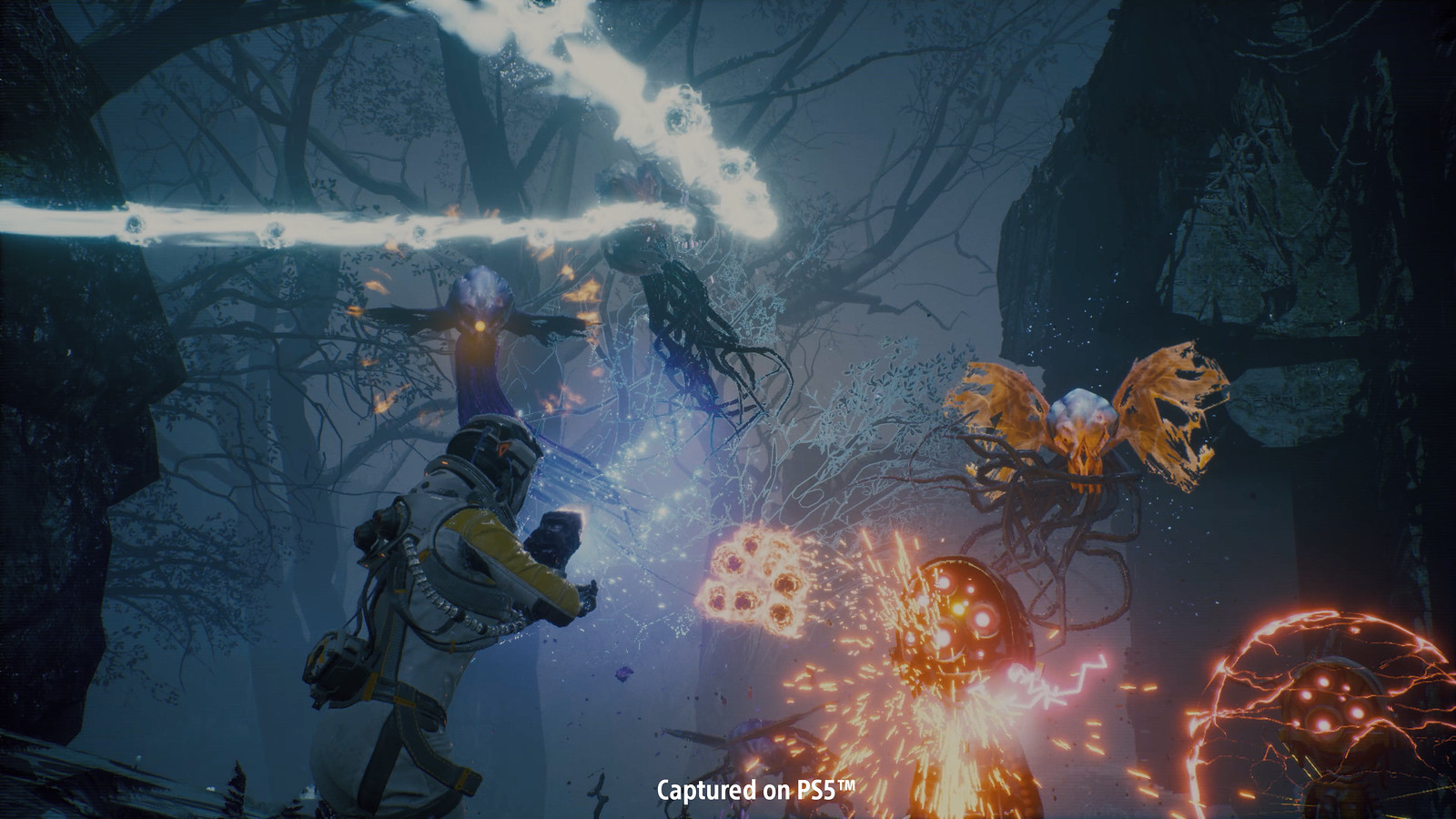 There are many other cases where risk and reward will come into play, which can all drastically alter how each cycle plays out. You might encounter a “cursed” container that can be holding valuable loot, but opening it might trigger a random Suit Malfunction which, for example, can damage Selene every time she uses door and chest opening Keys, and can only be repaired by collecting a large number of obolites. Obolites can be exchanged for valuable items to increase your chances of survival, but if you’re on a good run you might prefer to spend them on activating a checkpoint – die and you’ll resurrect there with your current items and abilities, rather than restarting the cycle.

These are just a few quick examples of the many interesting scenarios and tough decisions you will be facing. Returnal will be available starting March 19. Stay tuned as we bring you mode details in the upcoming weeks.