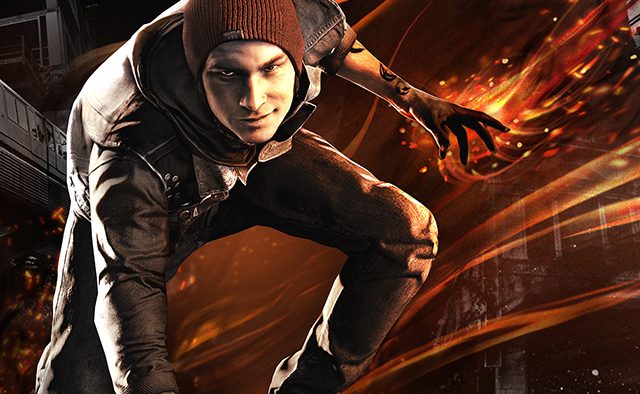 We can’t believe it has been a year since the launch of inFAMOUS Second Son. Delsin Rowe turns one!! Here at Sucker Punch we have enjoyed all your comments, fan notes and thousands of beautiful #PhotoMode submissions. So let us return the favor with a goodie bag full of discounts and free stuff worthy of inFAMOUS Second Son’s first birthday.

But first, a bit of news… As you may know, inFAMOUS First Light was part of the PlayStation Plus Instant Game Collection in January. We got the report last week that an impressive 3.5 million of you checked it out! Go Fetch! So what better way to celebrate Delsin’s birthday and Fetch’s performance than to say thanks to you all.

If you missed out on Fetch when she was on PS Plus, there will be a 50% off sale on inFAMOUS First Light from March 27th through March 30th.

Second, we have a free downloadable fan kit for everyone! This will include inFAMOUS Second Son cover art for use on Facebook and Twitter, Delsin, Reggie, Fetch, Eugene, Hank, and Augustine avatars for use on Twitter, wallpapers for your phone, and Delsin and Fetch ringtones.

We can’t thank you players enough — it’s been a fun year for all of us at Sucker Punch, and that’s due in large part to the support you continue to give us, Delsin, and Fetch. Keep playing, and we’ll see you all soon in the chalice dungeons in Bloodborne!!

P.S. The PS4 team is celebrating too! They’re launching two PS4 themes — one for Delsin and another for Fetch, $1.99 each, available March 31st!