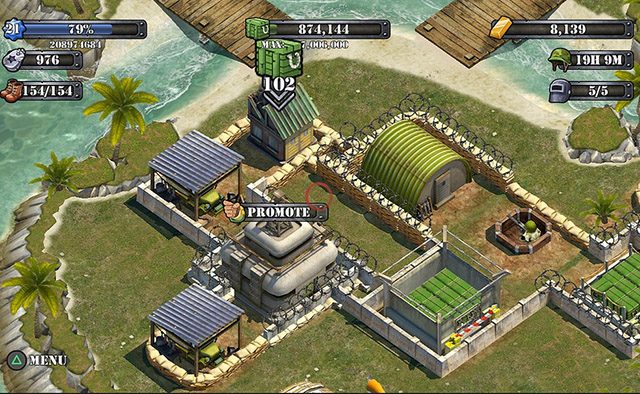 Hi. My name is Rory Jackson. I’m the Studio Head at DR Studios in the UK, the developers of the free-to-play strategy combat game Battle Islands, which is launching on PS4 today! Battle Islands is set in the South Pacific in 1942. A platoon of soldiers land on a tropical island and your task is to defeat enemy forces, build a garrison to defend your island, and go out guns blazing to attack other islands with the huge array of air, sea and land forces you have at your disposal — tanks, jeeps, gunboats, and fighter planes to name but a few!

We’re absolutely delighted to bring our game to PS4 today — it’s a major achievement for us, and the culmination of a huge amount of work and effort from everyone here. Battle Islands started life as a game on mobile devices, where it’s been really popular. However, it’s really important to stress it isn’t simply a mobile game, as our PS4 launch clearly shows.

We’ve rebuilt it from ground up to make sure it’s up to scratch for a next gen console like the PS4. We’ve built brand new, higher-resolution assets that we believe look stunning, and built a completely new user interface that really capitalizes on DualShock 4.

We hope you love the WW2 theme — we strive to keep the game authentic to the era, and you can often find us in development meetings debating about whether a certain tank was used in that era, and in that field of battle!

One final thing I wanted you to know is we have lots of great new stuff already in the pipeline that will be coming to the game in future months, so keep an eye out for the regular updates.

All that’s left to say is we really hope you enjoy our game, and its time for you to head out into battle, soldier!