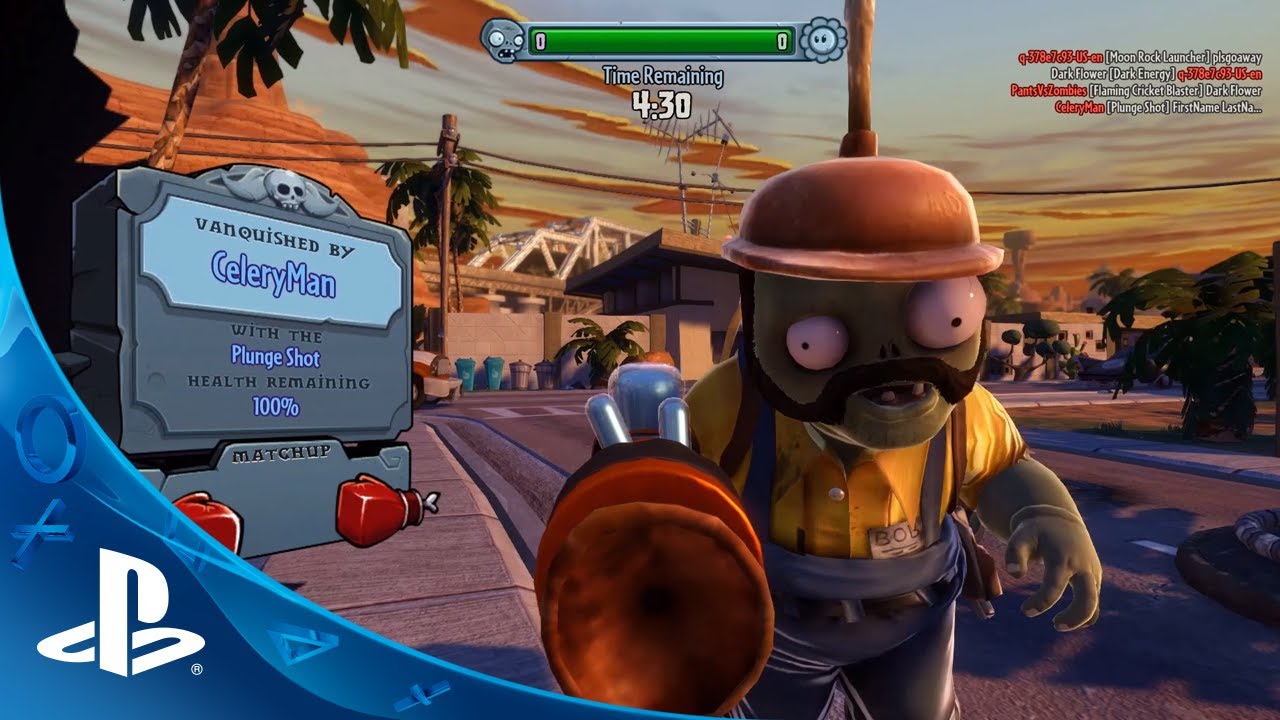 Plants vs Zombies Garden Warfare is a crazy fun third-person shooter built in the Frostbite 3 engine. Team up with up to four players in the wave-based Garden Ops game mode or take to the battlefield in 24-player battles full of tactical action! As you play you will unlock new abilities, customizations, taunts and much more.

Shooters are about to get weird on PlayStation, we look forward to playing Garden Warfare will all of you this August!