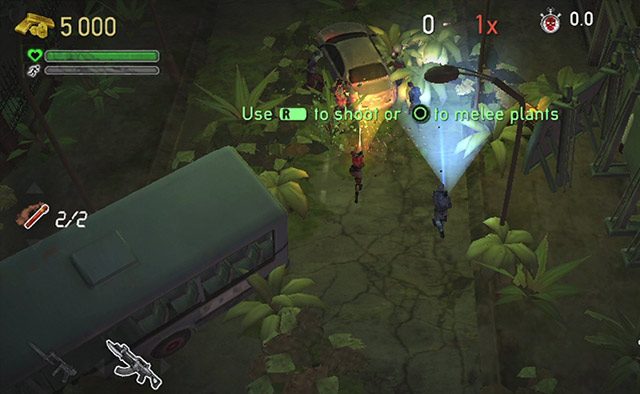 Back at E3 2013, the PS Vita version of Dead Nation was announced, and today I’m pleased to confirm that the game will be launching tomorrow. You’ll finally be able to carry the zombie apocalypse in your pocket.

For those of you who still aren’t in the know after the launch of the PS4 version last month, Dead Nation is a top-down, shoot ’em up style game set in an apocalyptic zombie world. This classic PSN game was originally developed by the talented team at Housemarque, also known for Resogun and Super Stardust HD.

Like the PS4 version of the game, the PS Vita version has been developed by our friends at Climax Studios, and they’ve faithfully recreated the classic experience of the original PS3 game. Journey through the campaign as Jack McReady or Scarlett Blake, or replay your favorite levels and compete for top scores in the single mission mode. Prefer not to experience the apocalypse alone? You and a friend can play the game in both online or ad-hoc co-op. Make sure you upload your stats whenever possible to support your country in the global standings.

Dead Nation feels right at home on PS Vita, and everyone who has seen it so far has really enjoyed it. I can’t wait to hear what all of you think once you get your hands on it.