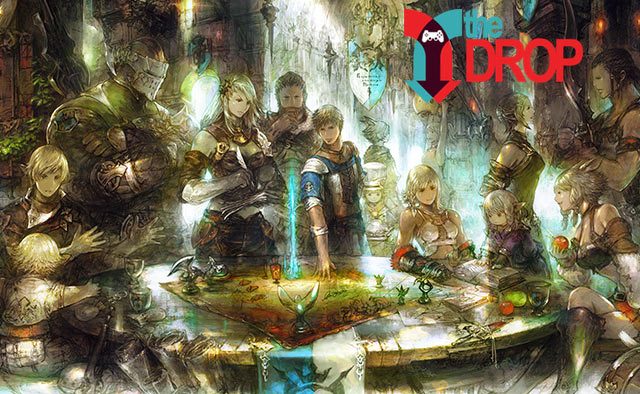 A world of adventure and death-defying stunts await PlayStation players this week thanks to a tremendous lineup of new games. Quest through enchanting vistas in Final Fantasy XIV: A Realm Reborn, or skim the clouds atop a motorbike in Trials Fusion.

The critically acclaimed MMO Final Fantasy XIV: A Realm Reborn formally launches on PS4 this week, opening Eorzea to the gaming masses. The massive adventure, rife with blades, spells, and quests, arrives on PS4 with enhanced visuals compared to its PS3 counterpart. Travel alone or with well-armed company in an effort to purge Eorzea of its evils and win fame and fortune.

Adrenaline addicts can look forward to Trials Fusion, which also lands on PS4 this week with high-flying tricks, outrageous courses, and a global leaderboard to climb. Race through the latest entry in this fan-favorite series and prepare for a few broken bones along the way — it’s not a walk in the park, people.

And the PS Vita shares some of the spotlight this week with No Heroes Allowed: No Puzzles Either! Chain together combos, collect power-ups, and vanquish those pesky heroes that dare invade! Or forge relationships in Conception II: Children of the Seven Stars, and fashion a team of heroes with the power of… classmating.

Read on for a complete list, and enjoy the Drop!

Backgammon Blitz
PS3, PS4, PS Vita — Digital
Experience a game played for centuries, realized with cutting-edge visuals and new ways to play. Challenge a friend or play online. Learn the rich strategy and rhythm of backgammon and graduate from pupil to master.
Beyond: Two Souls
PS3 — Digital (Already Available at Retail)
Witness the latest thriller from the experienced storytellers at Quantic Dream. A supernatural tale following the haunting and difficult life of Jodie Holmes as she deals with her life-long connection to the spirit world.
Conception II: Children of the Seven Stars
PS Vita — Digital, Retail
Monsters have invaded the world, and only those imbued with the power of the Star God can face them. But with so few warriors and so little time, the heroes must fuse their star power together to make magical Star Children.
EA Sports 2014 FIFA World Cup Brazil
PS3 — Digital, Retail
Live the fun, drama, and thrill of football’s greatest event. Experience the renowned play of FIFA 14 with a plethora of improvements, including 100 new animations. Compete in authentic Brazilian stadiums and feel the energy of the World Cup at every play.
Ethan: Meteor Hunter
PS Vita — Digital (Already Available on PS3)
Navigate deadly puzzles as a super-powered rat, manipulating the environment to unravel physics-based challenges. Play through more than 50 levels across three different worlds. Instant respawns encourage “just one more try” play, even after repeated (and grisly) deaths.
Final Fantasy XIV: A Realm Reborn
PS4 — Digital, Retail (Already Available on PS3)
Explore a land embraced by gods and forged by heroes. A robust MMO boasting a flexible class system that enables players to switch roles on a whim. Partake in bountiful quests and seek glory on the fields of battle in the continuation of the Final Fantasy legacy.
Hyper Crazy Climber
PSone Import — Digital
Released in Japan in 1996, this arcade classic tasks players with climbing up dizzying heights, dodging dangerous obstacles along the way. Choose between three characters and get climbing up clock towers, bean stalks, and haunted skyscrapers.
No Heroes Allowed: No Puzzles Either!
PS Vita — Digital
A free-to-play puzzle game with a devious sense of humor. Master the puzzle system, build up devastating combos, and defeat a train of obnoxious heroes. Because no heroes allowed, obviously.
Pure Chess
PS4 — Digital
Experience one of the oldest board games in the world with realistic visuals, stunning backdrops, and varying sets. Learn the immense strategy of chess and climb ever closer to the coveted rank of grandmaster.
That Trivia Game
PS4 — Digital
Face the AI or up to three friends in That Trivia Game. Featuring more than 1,000 questions spread across 20 different categories. Match wits at every round with 24 character combinations.
Trials Fusion
PS4 — Digital, Retail
Soar through the air and take on a jaw-dropping array of platform-racing challenges. Traverse obstacles and hunt for the top spot on global leaderboards with incredible tricks, and keep searching for the next insane track to tackle.