Where Do Babies Come From: Conception II on PS Vita 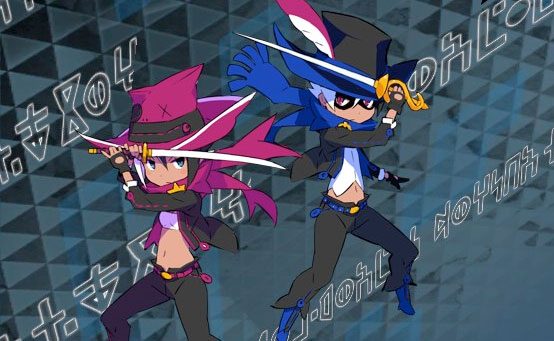 As the hero in Conception II, you’ll quickly learn that the seven heroines you meet and begin to form relationships with are an important aspect for surviving the game’s deadly labyrinths. But in addition to being a strong combatant by your side, the heroines also help you create an army of Star Children warriors through a magic ritual. Those Star Children are what we’re going to focus on in today’s Conception II update.

Making Star Children is called “Classmating” in the game (yes, really), but in order to do so, you must have a good relationship with the heroine. The stronger your bond with the mother, the more powerful your offspring will be, and there’s also hereditary traits the children get as well.

Star Children inherit elemental affinity, stat focus, stat distribution, and even hair color; so Narika’s kids will always have high TEC (hit/crit chance), while you can count on Feene’s children for big defense. Of course, there’s always the chance for abnormalities, but we’ll leave that for players to find out on their own.

A Star Child’s stats determine which classes are available to it. There are thirty classes to choose from, each with their own strengths, weaknesses, and special abilities. You can have up to four teams active in a battle at a time: the hero and the heroine, and three more teams of three Star Children apiece supporting them.

This means you’ll want to put a lot of thought into team composition, since Star Children with traits in common work better as a team. A group of Star Children who share a mother will be more efficient, and a team of Star Children with the same — or at least related — classes packs more of a punch than a motley bunch. A legion of Gunslingers firing Barrages into the enemy, or a squadron of elite Magic Knights destroying a monster with a synchronized Crescent Strike, is truly a sight to see.

On the other hand, overspecializing can lead to tricky situations if you need a type of skill that you didn’t bring along. So the safest play is usually to diversify and keep a damage dealer, a healer, and a mage-type in each Star Child team. Keep in mind that certain class combinations for Star Child teams can give you access to unique Team Skills and Mecunite types, which allow the three Star Children on a team to combine and form a giant mech. Any number of class combos can yield great results, so there’s plenty of experimentation you can do to find a combo that’ll get you the damage or buffs you need.

Even with all that general advice in mind, thirty classes is still a lot to take in (Though of course, not all of them are available from the beginning!). So we’ll give you a head start with a basic breakdown of some of the most notable classes.

The standout favorites around the ATLUS office are the Magic Knights. They’re a hybrid class with the physical strength to deal serious damage, as well as the magical talent to take advantage of enemy weaknesses. They’re powerful, awesome, and so adorable that you just want to pick one up and hug him.

Right behind Magic Knights in popularity are the Dungeon Masters. It takes some sidequesting before you unlock them, but when you do, this versatile class will likely earn a permanent spot in your party thanks to some highly useful abilities both in and out of combat. They can detect traps within Labyrinths and teleport out of battle when things get too heated. But best of all is their low-level ability called Trap Circus, which dumps a load of spiked balls on the enemy from all directions for a truckload of damage.

When it comes to picking classes from the starting possibilities, one indispensable class is the Thief, and not just for their cool hats. Keeping a Thief around lets you unlock certain chests without having to use expensive Starbox Keys. Another good early choice is the Cleric, an excellent source of healing and an easy way to revive a Star Child team should one go down for the count.

A few good situational classes to remember include the Warlock, which make good counters to all those high-DEF monsters you’ll encounter; the Ether Sniper, whose powerful Mk3 Round ability makes for an efficient boss-killer; the Paladin, an effective tank with high defense, high HP, and the ability to Seal enemies; and the Minstrel, which specializes in supporting your party while debilitating the enemy.

Conception II isn’t merely a dating sim. Hopefully we’ve shown you that once you scratch the game’s surface, there’s a lot of meat on the bone here. There are plenty of ways to approach party building, so brush up on your manners to win over the girl you like best, create whichever classes of Star Children you favor, and put together killer teams of your progeny once the game’s out on April 15th.