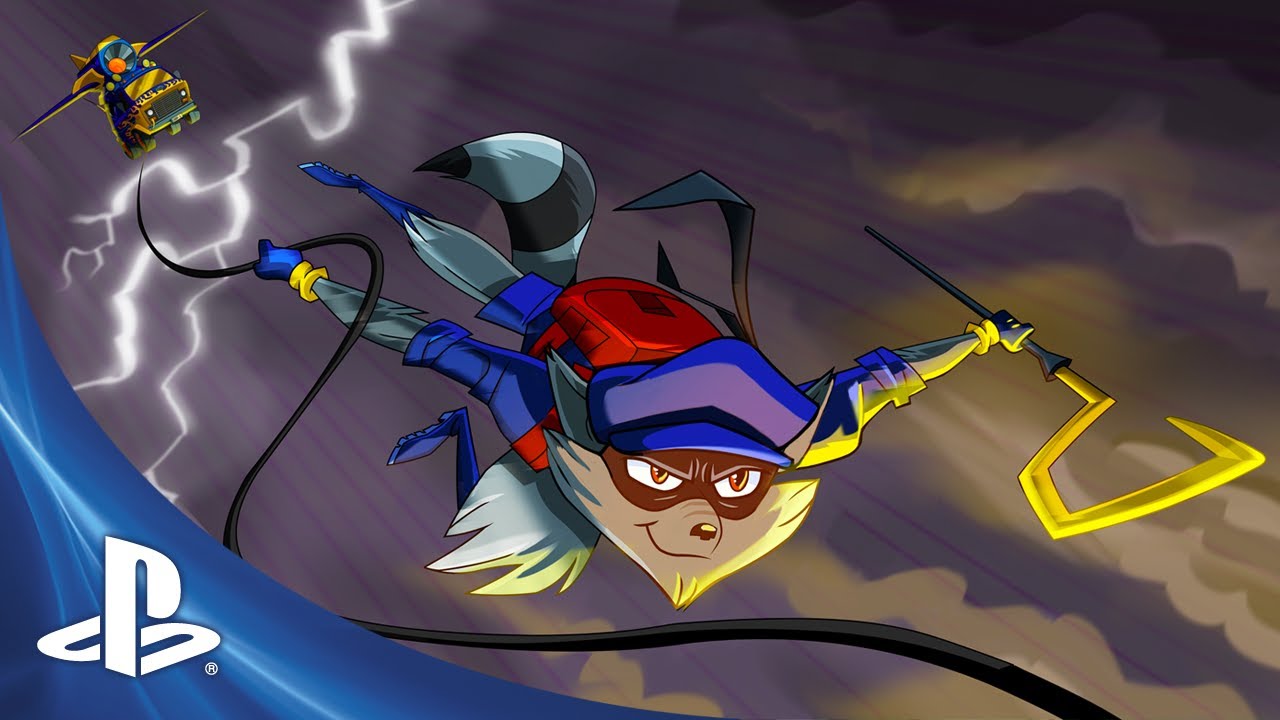 When Ghostbot was first approached by Sanzaru to work on the next installment of Sly Cooper, I had to do a double take. I was already a big fan of the original games, and I couldn’t believe what a great honor it was to have an opportunity to work on it. Being a lifelong gamer myself, I have a lot of respect for Sucker Punch and the Sly Cooper story. There are legions of devoted Sly fans, so we wanted to make sure our addition to Sly’s journey respected the fun and charm of the original games. At the same time, we wanted to push the quality of the art and animation to the next level as well as bring the audience something they hadn’t seen before.

Working on the 2D cinematics for the game with Sanzaru was loads of fun. One of our goals was to convey the twists and turns of their story in an entertaining way. We also wanted to inject some real thought and dimension into each character’s personality.

One of the bigger goals artistically was to make sure our art integrated with what Sanzaru was doing in 3D. We took a cue from their elaborate models, detailed environments, and wonderful concept art to guide our cinematic work. We wanted to bring the whole 2D experience to a higher level. It’s a rare opportunity to do 2D animation in console gaming, so we had to make sure we did a great job.

Many fans, including myself, believe that Sly Cooper and the gang would make a fantastic animated TV show or movie. With that mindset, Ghostbot presented to Sanzaru and PlayStation the idea of doing an animated short that would reintroduce Sly Cooper and the gang in a big way. The animated short we ultimately ended up creating shows a story from Sly’s past that the fans haven’t seen. It also gives first time viewers a sense of fun and adventure that awaits them in Sly’s world.

Much like Sly and his sneaky ways, you might have seen episodes from the animated short pop up across the web on some of the industry’s most popular gaming sites. Here’s the first one, and another, oh, and here too. Some of you have already been tracking down the episodes and putting the pieces of the puzzle together to uncover the whole story, but we wanted to share the whole thing on PlayStaiton.Blog in its uninterrupted entirety.

Sly is one of the greatest thieves of all time, so we needed to create a heist that was not just challenging, but nearly impossible. He’s a thrill seeker with rogue-ish charm, so it’s no wonder he’s drawn to a dangerous relationship with Inspector Carmelita Fox. That is something we wanted to touch on as well, as it’s always a big part of every Sly Cooper story. Beyond what makes Sly and his world tick, we wanted to inject a ton of action and adventure in a short amount of time.

We certainly loved working on Sly Cooper: Thieves in Time, and we hope the fans will like it too. Sit back, and enjoy the show!

Valkyrie Elysium: your primer to the RPG series ahead of this week’s launch