Three Ways to Play Starhawk, Available on PSN Next Tuesday 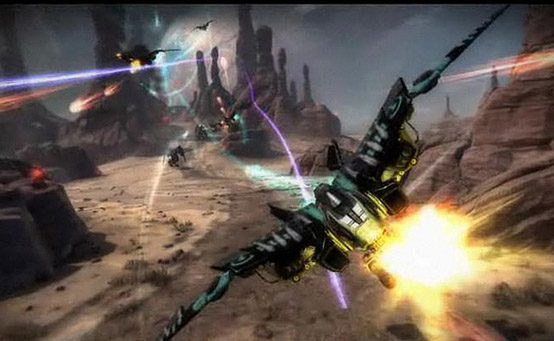 As many of you know, the team here at Lightbox Interactive has been hard at work developing all of the free Starhawk Updates to help support the Starhawk Community. With today’s announcement, we’ll help grow that community even more with something that a ton of players from around the world have asked for — a digital-download version of Starhawk, and not just the original version, but one that is packed with all of the awesome updates we’ve made since our initial release!

Yeah, you saw that right. We now have three, three ways for you to download the exact type of Starhawk experience you’re looking for on September 25th!

First you can get the complete Starhawk experience by downloading the Full version for $39.99. Another option — and this is an insane deal — is the Starhawk: Multiplayer-Edition for $19.99. This includes one of the best PlayStation 3 multiplayer experiences and all of the updates we’ve released since the game originally launched.

Last, but certainly not least, is a another killer deal for all PlayStation Plus members. You guys get the Starhawk: Single-Player Campaign for free. Yeah, that’s right, free.

And because I’m a tease, I’ll leave you with this: We have something else very tasty in store for PS Plus Members, so keep your eyes on the blog for another announcement very soon.

But wait… there’s more. As you know just about a month ago we released the Starhawk 1.03 Update that had a ton of new features, including two completely new — and free — maps on the planet of Cypress. The team and I were so stoked to see how happy the Starhawk community received it, that we’re excited to release our Starhawk 1.04 Update on September 25th with more free awesome-sauce, including three new gameplay modes!

Okay, so those are the new hella-fun gameplay modes, but there is a ton of other stuff in the Starhawk 1.04 Update as well. We’ve been following all of the community feedback and we’ve made a large number of changes. In my last blog post I wrote this massive wall of text covering all the various new things we added. So this time, I’m going to try and be more efficient on what should matter to you most.

Blurg! Even with my super-effective condensing, the list of new stuff is still looooong — but that’s a good thing for the Starhawk community! If you want the extended version of this list with all the juicy details, head on over to our LightBox Interactive Dev-Blog or the official website at Starhawkthegame.com.

Oh man, still so much to talk about. Focus Dylan. FOCUS!

If you remember back in May when we released Starhawk, I wrote a blog post about our close partnership with Major League Gaming to put together a major Starhawk Tournament for the community with great cash-money prizes. Well our good friends at MLG have been hard at work and I am wicked-excited to say that it’s “GAME-ON” for the Starhawk MLG Tourney, with $20,000 in cash prizes. Head over to the Starhawk MLG site for all the rules and details! Whatever your competitive level, there is an entry spot for everyone, and a number of different opportunities to win.

The Starhawk MLG Tourney is a two-month long tournament with $20,000 in cash prizes at stake for not only the grand champions, so listen up. The primary tournament will revolve around an official Starhawk MLG ladder. The more you win across all online game modes, the higher you’ll rank on the MLG Starhawk ladder. At the end of this two-month phase, the top 16 ranked players will be chosen to form two “Super-Teams” who will battle it out in a live-streamed grand finale, with eight players crowned the victors of the Starhawk MLG Tournament!

As a secondary option for all players to win, the MLG has also been really cool about planning four mini-competitions along the way for smaller $500 prizes. These “quick challenges” will take place over various weekends and award players with the highest score for a particular stat such as “Most Headshots” or “Most Pod Kills.” This is a great way to increase a player’s odds of winning a piece of the big cash prize.

So, get ready for the Major League Gaming Starhawk Tournament, go hone your skills and keep your mind on your money and your money on your mind!

“But Dylan… what about Starhawk DLC?”

Don’t worry! While we have been focusing on making sure we get you guys all of the free content first, we certainly didn’t forget about the DLC — we have a truck load of it ready to go live for all of you on September 25th as well.

However, as I’ve already established in this blog post, I am sometimes a tease. So… I’m not going to list any of the DLC just yet. We’ll make another blog post about it very soon! Let me leave y’all with this one DLC hint. Here’s a piece of concept art showing a couple different design ideas for our new DLC Build & Battle structure. I’m not going to tell you what it does but I can say it’s awesome.

I wonder what it could be?