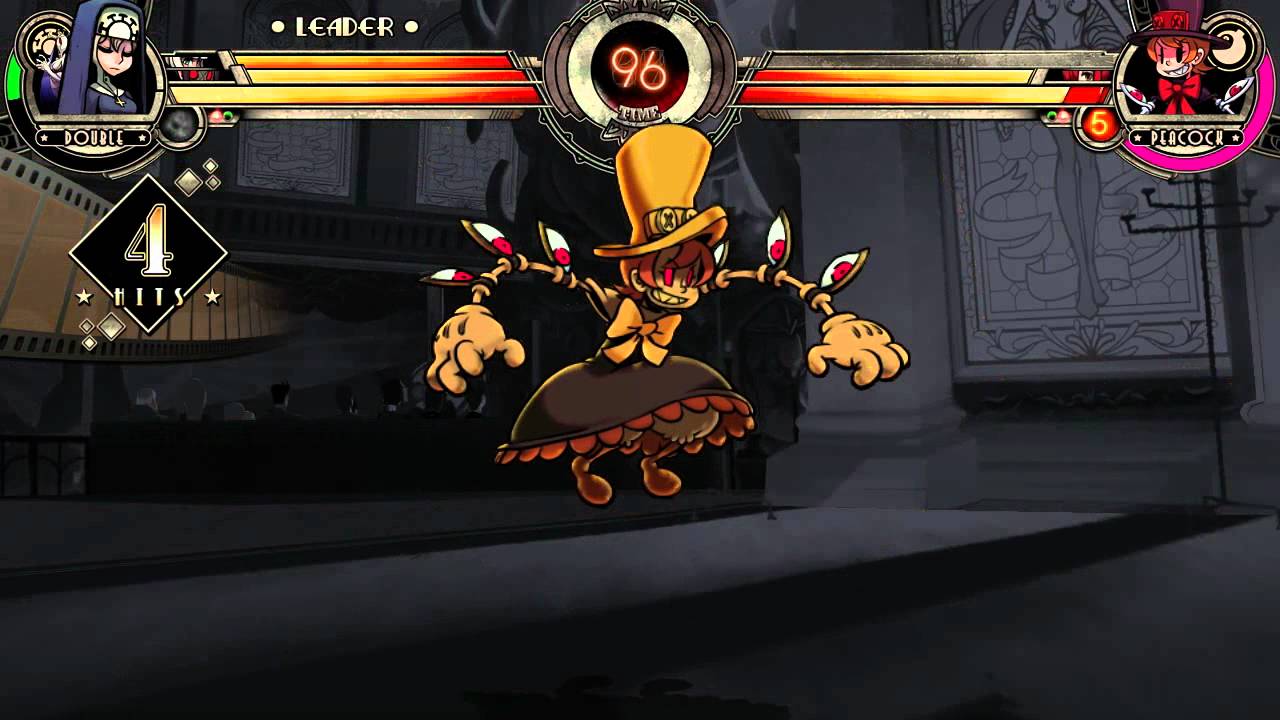 Hey everybody! Now that I’m finally able to answer the two questions everyone’s been asking, the PlayStation.Blog has graciously allowed me to address you again. Without further ado…

Skullgirls will (finally) be released in North America on PSN on April 10th for $14.99, with a European release in the following weeks. While that sinks in, check out the trailer for our eighth playable character, the disturbing Double.
fighting game…

…With endless hours of online, genre-refining gameplay by a tournament champ…

…With an amazing cast of characters, realized with stunning and smooth high-resolution 2D animation…

Of course, for any lingering skeptics and fence-sitters, we’ve prepared a great trial version to highlight Skullgirls’ real, honest fighting.

All in all, the trial should let you get a feel for Skullgirls’ fundamentals, experience the power and gameplay depth of two characters and get a taste of the single player content, all while leaving you wanting more.

You may want to pick the game up soon and start practicing, though, because Autumn Games will be sponsoring a number of tournaments throughout the spring and summer. The winners of each tournament will get a gorgeous, one-of-a-kind FoeHammer custom Skullgirls fight stick like the one below.

Each stick is unique, and you can see more pictures of these amazing sticks on our Flickr page.

Many more will be added in the coming weeks, so check out our website to see if there will be a tournament near you!

Thanks for reading, and we can’t wait to fight you online next week!