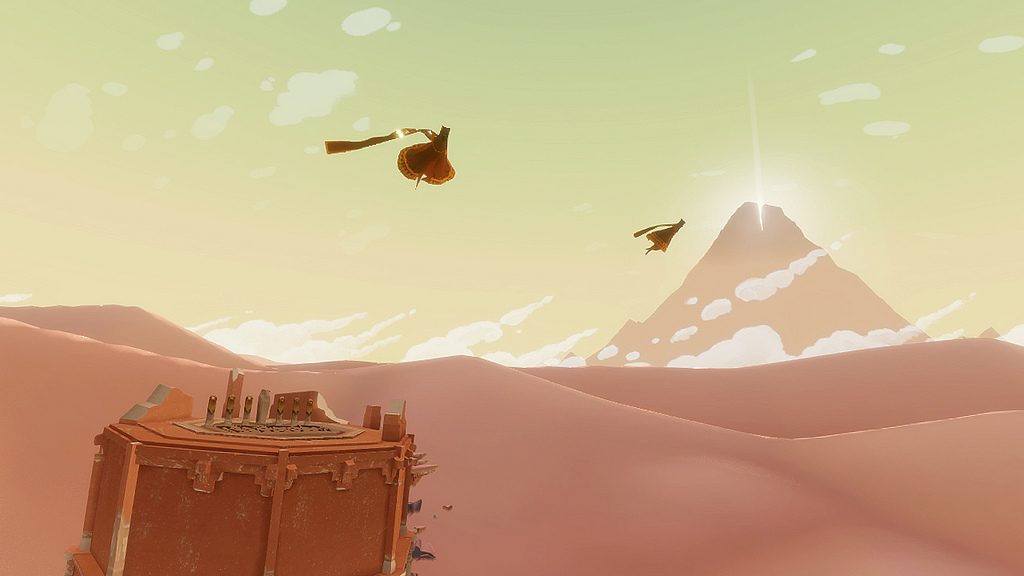 Hello, PlayStation.Blog readers. It has been an exciting two weeks for us since we launched Journey on PlayStation Store. We see the personal connection between our work and the players, which is the most real and priceless reward for us. For that, we thank you so much for your support, for spending time and money to play our game and for spreading the word about Journey to your dear friends and family. Thanks to you, Journey has officially broken PlayStation Network and PlayStation Store sales records, surpassing all first and third-party games to become the fastest-selling game ever released in the SCEA region on the PlayStation Network.

After we released Flower in 2009, players sent hundreds of emails about their experience with the game. They varied from a nine-year-old girl to a 65-year-old man, from a marine serving duty overseas, to a soldier returning from Iraq. There were even stories about a mother’s memory of her two children in the wheat fields, a surreal butterfly fantasy from someone’s grandmother who passed away, and a young man who spoke about his brother who has Down syndrome. Those kinds of letters are what drive us at TGC to keep working.

And now, the reaction to Journey has been even more overwhelming. We have received more letters from fans in the two weeks since Journey’s launch than we did for Flower over the past three years!

We owe a lot to our fans. In fact, idea of forming the thatgamecompany team to create games with Sony Santa Monica originated from several dozen emails that players sent in after playing our first student game, Cloud, from our time at USC. It was the players who told us how moving the game was and how it is important that we keep making these types of games so that more people in the world will realize what video games can be, and can grow to love games through our work. To me, that was a life-changing moment. I knew making games was my life calling.

This art piece expresses our gratitude.

Lastly, a lot of you have seemed to really enjoy the music in the game, which was composed by Austin Wintory. And we’ve received a lot of requests to release the soundtrack of the game. Well, I’m happy to announce that the soundtrack will be hitting the PS Store and iTunes on April 10, and there will be a limited CD release in the near future as well.

Thanks, again, for all your support. We’ll see you online!