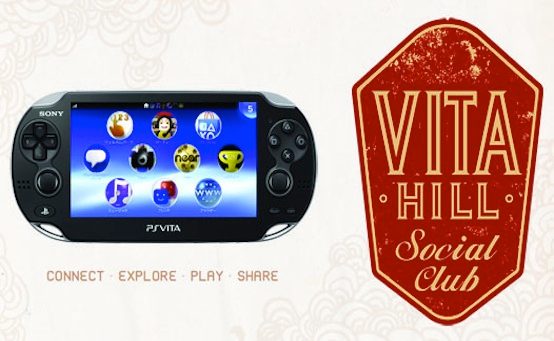 If you’re eagerly anticipating picking up a PlayStation Vita at launch, February 22nd probably feels distressingly far away. “But I want to play NOW,” you may be thinking, feeling, and/or shouting. We understand.

That’s why we’re going to be fanning out across the country to give loyal PlayStation fans the the opportunity to go hands on with the PS Vita months before launch, through a series of Vita Social Clubs. And for people in the San Francisco Bay Area, that opportunity comes knocking this Thursday with the grand opening of the Vita Hill Social Club. We’ll be bringing the food and the beverages, but most importantly, we’ll be bringing the Vitas. Dozens and dozens of them. Bring extra hands!

The Vita Hill Social Club will give you the opportunity to play tons of PS Vita games, including UNCHARTED: Golden Abyss, LittleBigPlanet, Little Deviants, WipEout 2048, ModNation Racers, Reality Fighters, and Hot Shots Golf in a relaxing setting. We’ll also be raffling off a few things… maybe even a PS Vita (correction: yes, we will).

Here’s what you need to know:

Not in San Francisco? Don’t worry, we’ll be opening up PS Vita Social Clubs all around the US in the near future. We’re also set up in several malls across the country right now. We’re planning more meet-ups in January – many in cities we haven’t been to before – so stay tuned.

In the meantime, see you Thursday, San Francisco!