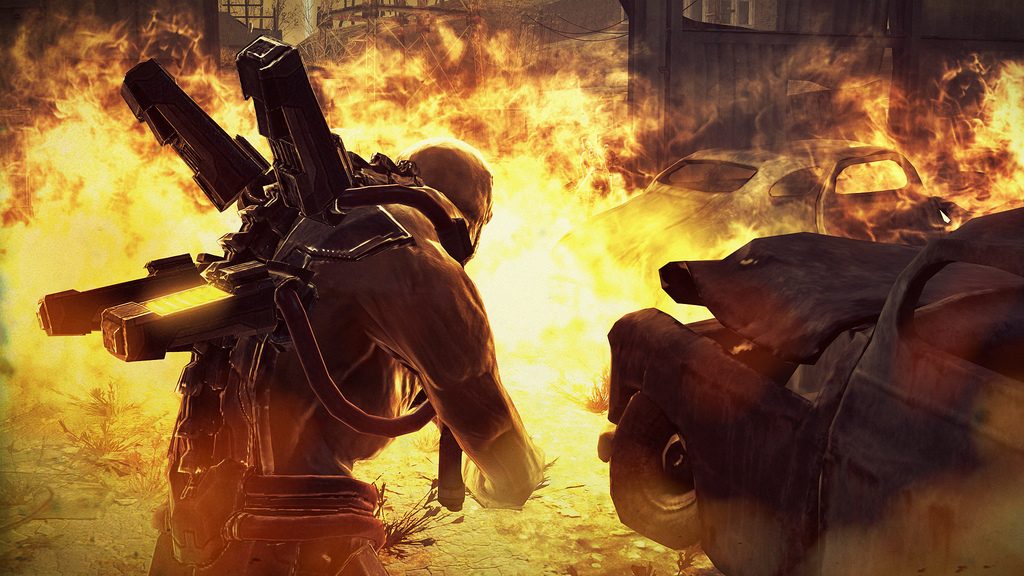 Do you like burning Chimera to a crisp with Air Fuel Grenades? Maybe you want to play as Nathan Hale on the Chimeran battlefield? Or perhaps you’d rather wear Chimera teeth as a war trophy? If so, we’ve got something special for you. Today, we’re announcing the Resistance 3 pre-order program, offering unique packages and bonuses to customize your Resistance 3 experience when it launches this fall

Joseph Capelli wears a necklace of Chimeran teeth during Resistance 3. Show that you are the resistance with this authentic replica that symbolizes the battle against the Chimera.

Pre-ordering at GameStop grants access to a unique multiplayer booster, which allows you to start Resistance 3 multiplayer at Level 5. This also offers immediate flexibility and character customization options from the moment you begin the online competitive game.

Show off your Resistance 3 fandom in competitive online play with this pre-order package that offers a special set of five custom name titles, including Sentinel. The Sentinels are an elite group of soldiers in Resistance, and the only way to obtain these exclusive multiplayer PSN tags is by pre-ordering at Wal-Mart.

The No. 60 Air Fuel Grenade has been issued for combating Chimera in tight spaces commonly found in urban conflicts. The grenade will adhere to almost any surface, biological or otherwise, and deploy a cloud of flammable vapor. Once released, the cloud ignites, creating a massive explosion.

This fan favorite grenade makes a special return to the single-player campaign of Resistance 3 – but only for those who pre-order from Amazon.

Lt. Nathan Hale skipped his viral inhibitor treatments in the final hours of Resistance 2 in order to continue the fight against the Chimera. Play as him in his final hours with this special multiplayer skin, letting you bring Hale to the battlefields of Resistance 3.

Love a good victory dance after a win? Show off your skills by using a special Best Buy exclusive ability in multiplayer to taunt your fallen enemies. Only the most skilled players can forsake another ability in order to taunt their enemies.

Canada and other U.S. retailers

The backbone of the US effort against the Chimera during the war, Black Ops troops were a common site at SRPA facilities and during special operations. Mostly killed and destroyed, this special multiplayer skin lets you return as one of the most mysterious soldiers from R:FOM and R2.