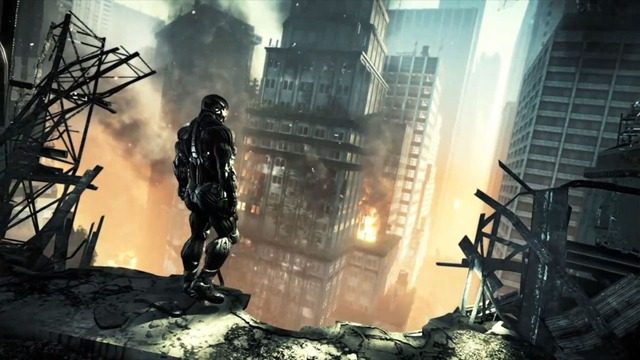 Console gamers didn’t get the chance to experience the first Crysis, a shooter known for making PC gamers feel self-conscious about the power of their graphics cards. PlayStation 3 owners won’t be left out of the follow-up, as Crysis 2 arrives on PS3 next week.

Recently I spoke with Executive Producer Nathan Camarillo about those trademark Crytek visuals, and about the new multiplayer demo, which just hit PSN last night.

PlayStation Blog: We know Crytek can produce on the PC. How do you utilize the PS3 to live up to the high PC standard?

Nathan Camarillo: It’s the core of CryEngine 3 that’s able to scale appropriately and we can adjust per platform exactly what we wanna get out of it. We want the exact same gameplay experience, the same fun, the same intensity, all the same visual information that you need to understand and play the game appropriately. It’s just a lot of under the hood magic.

NC: I’ve gone on the record saying that if you stick PS3 and 360 side by side I would challenge anyone to find any meaningful difference. I don’t see it at all.

PSB: Talk about 3D implementation Crysis 2 on the PS3.

NC: In Cry Engine 3 we have a really tricky implementation of 3D – we’re able to generate the 2nd image with little to no impact. We don’t lose visual quality, we don’t lose resolution. You get the same experience as you get in the 2D game, except it’s in 3D, which is better. It’s more immersive, it feels better.

The 2nd part of our implementation is: we don’t throw things out of the screen at you. We start at the TV screen and then push in. This avoids eyestrain and eye fatigue, because we want you to play this for hours and hours. If you’re playing single player it’s easily 10-12 hours for a good gamer to get through the game.

PSB: What should PS3 gamers be looking out for in the demo?

NC: In most games you’re mentally programmed to stick on the ground. If you wanna go one level higher, go find a ladder, go find some stairs. It takes until people see someone jump in front of them that they realize they can jump there. You gotta break the habit of being ground-constrained like in other games.

If it’s one story high, you can jump there. If it’s a story and half, you can jump and pull yourself up. So it really changes the speed and pace of multiplayer. I can’t wait for PlayStation 3 owners to get their taste of crazy, insane nanosuit multiplayer action.

That wait is now over – the Crysis 2 multiplayer demo is now available on the PlayStation Store, featuring two game modes on two maps. Try it out and share your thoughts in the comments.