Ready your reflexes for the high-speed multiplayer action of Laser League, out on PS4 next month 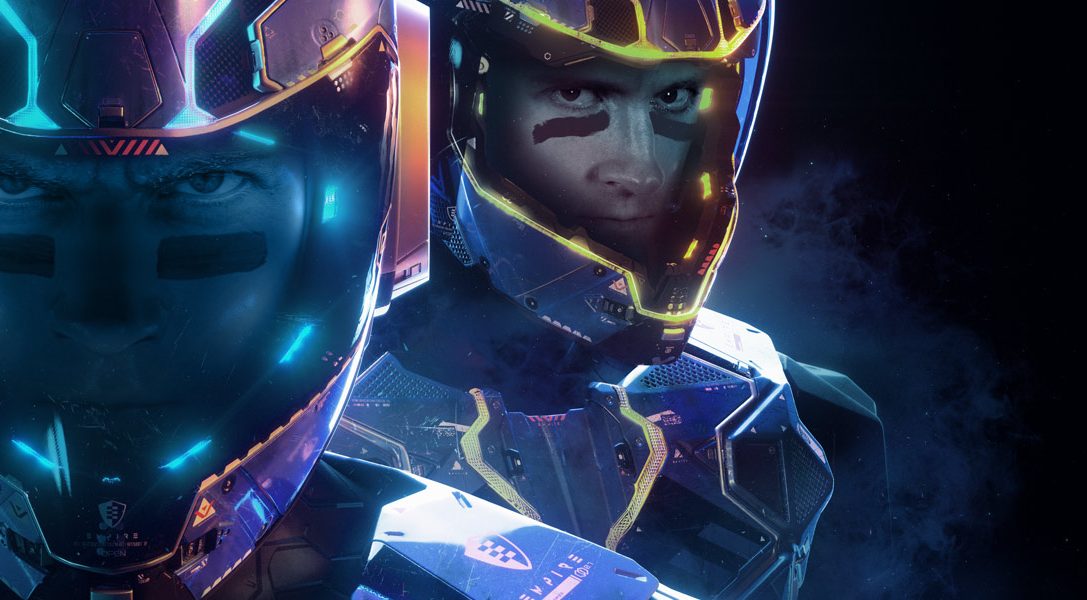 Creator Roll7 details the rules, arenas and combat of its new arcade game ahead of its 10th May launch

Welcome to Laser League, the high-speed futuristic team sport where teams of two or three players go head to head to see who has the best reactions, tactics and strategies.

Each match is played out on one of a number of different arenas, each filled with patterns of moving lasers. Teams compete to activate nodes which in turn create laser walls that move and rotate. Your lasers will do you no harm, but WILL eliminate the other team.

The goal is to eliminate all members of the other team, before they do the same to you.

As with all Roll7 games, the controls are simple, just one analogue stick and one button in Laser League are needed to play, it’s super easy to pick it up and get the hang of it.

You have a choice of roles to play in your team

The depth in the game comes from learning the different patterns, working as a team and mastering the game’s 6 different classes:

Aggressive and Antagonistic Smash, who’s able to hit opponents into laser walls with his Shield-Dash.

Iinitially vulnerable, but once charged his Blade-Dash can eliminate players instantly.

A highly important class to any winning team, Thief has no offensive ability, but can steal lasers from the other team and make them his colour.

The all rounder of the group, has an Area of Effect attack that stuns opponents and cancels their ability charge. Again, not directly offensive, but deadly in the right hands.

The medic of the team. Able to charge his ability by reviving others, and capable of becoming invulnerable to any damage for a short period, Ghost can keep a team in the game, even against difficult odds.

The trickiest class to master but potentially the most lethal. Snipe drops a marker that he can teleport back to. Any opponent touching his Snipe Line when he teleports is instantly eliminated.

The maps and match types

Each match is played out on a different ‘Laser Map’, with different patterns needing various strategies in order to win. King of the Hill style patterns need Thieves in order to hold certain points of the map and dominate the other team with lasers, whereas deathmatch style maps leave more open space for offensive classes to get in and attack opponents with their abilities.

It’s all about picking the right configuration of team for the map that you’re playing, but don’t worry, if you lose a round, there’s always the opportunity to change your class at half time. Switching up your team’s configuration is essential to outwitting your opponents and countering their setup.

We did and still do, but with Laser League we really wanted to push ourselves and do something more ambitious than we’ve done before.

We wanted to take all the learnings from OlliOlli and Not A Hero and apply them to something Multiplayer and competitive. At its heart this is still a Roll7 game, it’s simple, it has tight refined gameplay and it’s all about skill. There’s no pay to win, no unfair upgrades for being a level 20, whether you win or not all comes down to your skill at the game, and your teamwork.

Other than vaporising people with lasers what do I do?

Well, there are 15 different patterns to learn and master, along with 90 Mastery Challenges across the six different classes. There are literally hundreds of kits, lasers, emotes and portraits to unlock and Global and per-Class leaderboards too.

Plus the game supports up to four players in local multiplayer, so if you don’t feel like engaging with the internet at large, you can shout at your friends and family while playing locally instead!

What more can I expect in the future?

This is out first foray into Online Multiplayer, so we’re taking this carefully. Over the last few years we’ve worked diligently to get our online multiplayer super smooth in a ton of different regions around the world, that was literally the biggest challenge.

But we haven’t skimped on content. There’s more than enough to keep you going on launch and soon after we have some updates that will add new locations, powerups and patterns.

Thanks for reading. It’s been a couple of years since we’ve put anything out on PlayStation, and we’re really excited to be bringing Laser League to the console after over two years of hard work.

We hope that if you’ve been a fan of what we’ve done before, you’ll give this a go it’s shinier and online, but it’s still the twitchy Roll7 gameplay you’ve come to expect from us.

If Roll7 and Laser League are totally new to you, but you enjoy a bit of competitive arcade gaming then give us a try! It’s one of those games that looks weird and a bit daunting when you first see it, but once you play, it’ll all make sense.

See you on the pitch!