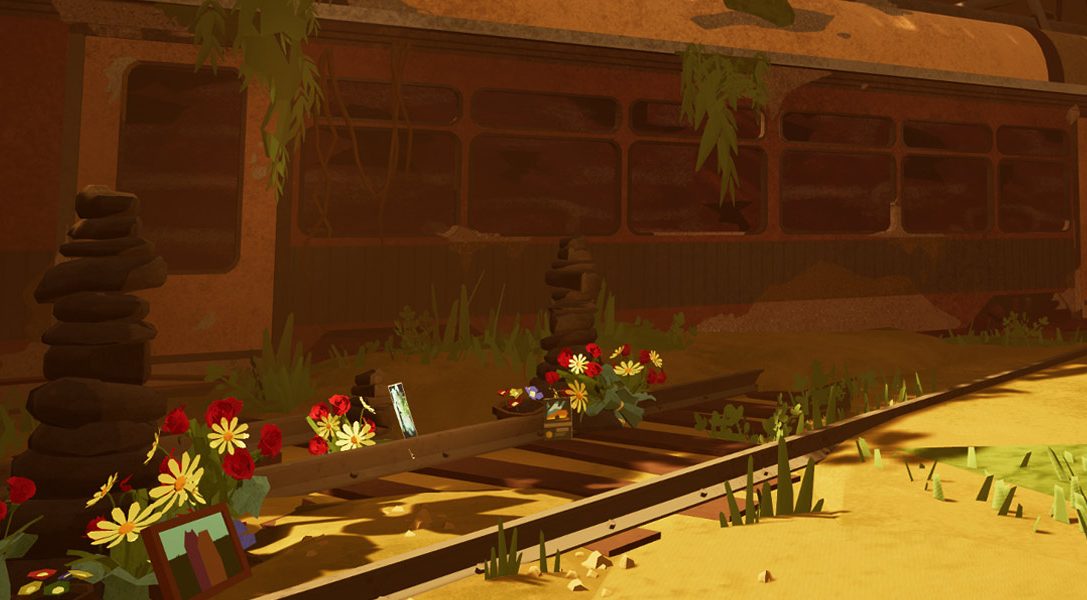 Manifest 99 is a virtual reality journey into the afterlife aboard a mysterious train inhabited by ghosts and a murder of crows. Until now it was only available in North America, but we are happy to be able to share it with all the players in Europe. We’re a small studio based out of Dallas, TX and it’s a big milestone for us to be able to release our work on PlayStation in your region.

Manifest 99 premiered earlier this Autumn at Raindance International Film Festival in London where we were fortunate enough to be given the award for Best Interactive Narrative VR Experience. We’ve also received accolades at FIVARS and The Future of StoryTelling, here on our side of the globe. Since our initial launch, the team has been working hard to expand the availability of Manifest 99, and we are glad to say it’s coming to Europe next week!

In Manifest 99, you assist four train passengers on a journey to their final destination. You play it without a controller – by gazing into the eyes of crows on the train you warp to their perch, viewing the world from their scale and vantage point.

Throughout the experience, you will discover who your companions are and what stories they are leaving behind as they pass into the great beyond.

For us, Manifest 99 is an exploration of how gameplay and story can be used to support one another. You have to look our characters in the eyes, you have to engage with them to progress and, ultimately, it’s about the importance of making a true connection with others.

So, why should you play it? Well, Manifest 99 is beautifully animated, and we think that it lies smack dab in the middle between games and stories. While it is a narrative experience, players of all kinds have found the redemptive story moving and resonant. We used the gaze mechanic to advance the story and designed puzzles around our unique progression method. We’ve even seen YouTubers cry. Who doesn’t love a good cry now and then?

Flight School is genuinely excited to hear what you think of Manifest 99, and we hope what we have made connects with you. See you later, Space Cowboy.