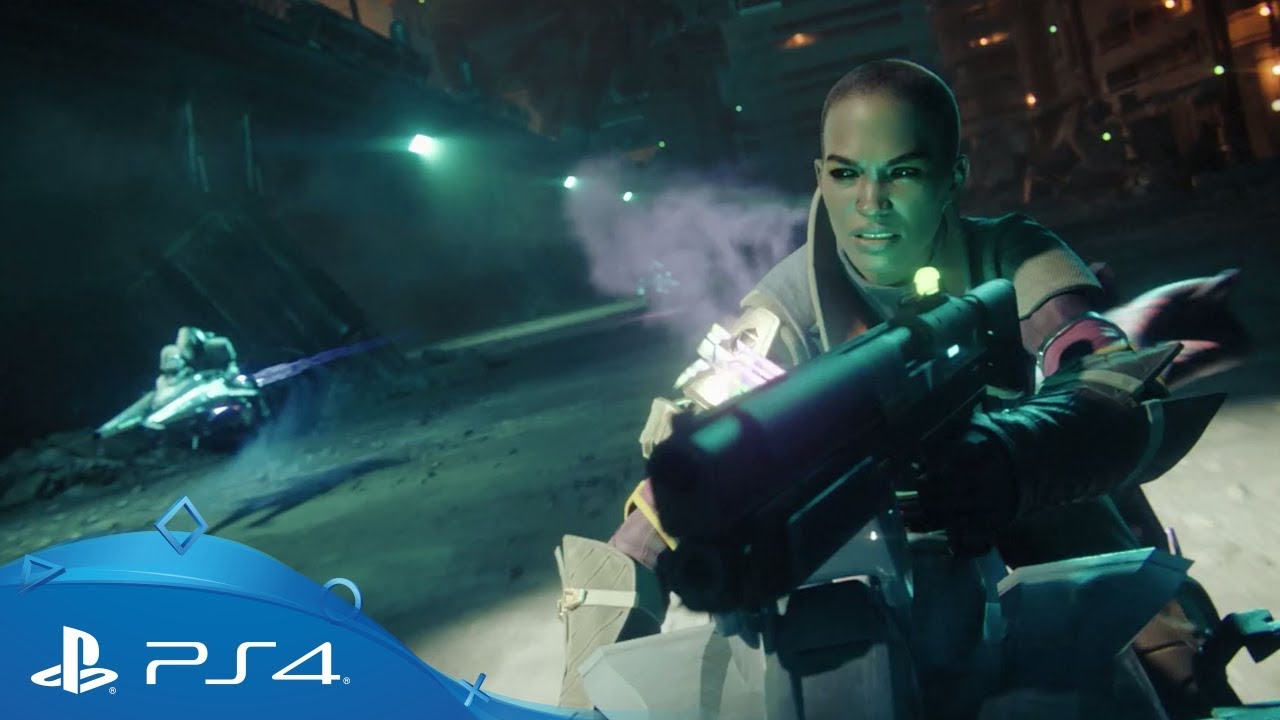 Since we first went hands-on with Destiny 2 back in May, I’ve felt confident that Bungie would deliver on much of what we expect from a sequel. The opening campaign mission was a roller coaster, handily dwarfing any of the first game’s main quests. The changes to the Crucible – from player counts to game modes and on-screen indicators – seemed smart and provided nuanced improvements to an already strong PvP system. But what about everything else? What about the connective tissue?

Well, after heading up to Bellevue and spending a few hours with Destiny 2’s European Dead Zone, one of the sequel’s four main hub areas, I’m happy to report that it feels like a totally new game. If each of the first Destiny’s main locations was a yacht, the European Dead Zone felt like a cruise ship: massive, and filled with new activities, hidden areas, and narrative clues. In a word, it felt alive. Here’s what’s new:

…there’s a map! Accessible via your Ghost at any time, the new map is your guide to the planet you’re on, and the worlds beyond. It gives you a geographical overview of the region, and can help guide you to nearby events, quests, and areas of interest.

It may seem like a subtle tweak, but it — in conjunction with all of the new activities in each zone — dramatically reduces the amount of time between the last activity you did and the next destination for your fireteam. In short: it makes it significantly easier to find something fun to do immediately.

Adventures are totally new to Destiny 2, and represent some of the beefiest content in the European Dead Zone. The Bungie story team described them thusly: ‘if the campaign is a novel, Adventures are short stories.’ Based on the handful that I played through, that rings true.

Adventures are essentially side missions that you can pick up while exploring the world. They contain scripted elements, familiar characters, voice over, and story elements that feel comparable to some of the main campaign missions in Destiny 1, but generally don’t reach the bombastic levels of Destiny 2’s campaign, based on the propulsive first mission we played in the beta. Instead of focusing on Destiny 2’s main story arc, they tell smaller stories that reveal more about the world you’re on and the characters you’ve met. Speaking of which…

3. Devrim Kay, Warden of the EDZ

Devrim Kay is the main NPC of the European Dead Zone, and he serves as the main guide for many of the Adventures you’ll embark upon there. Stationed at the top of a church tower with his trusty sniper rifle, he packs a salty Western European growl that immediately endeared me to his character, and made me eager to learn about his past and his relationship to the rest of the game’s cast of characters.

He also acts as somewhat of a faction boss for the EDZ, collecting EDZ Tokens as well as various resources stashed throughout the world in exchange for his faction’s reputation points. Collect enough and he’ll eventually hand over his own special blend of legendary engram, containing custom weapons and gear that feel right in line with his personal aesthetic of post-apocalyptic athleisure.

The most important thing about Devrim: I never felt like I needed to talk to him to figure out what to do next; the map would do that for me. I only visited him when it was time to cash in.

4. The Lost Sectors, and regional chests

While Public Events and Adventures can be trackable waypoints, Destiny 2’s map also contains some more elusive activities: Lost Sectors and Regional Chests. Indicated by small, non-trackable, and often-times enigmatic icons, Lost Sectors and regional chests encourage players to poke around and explore corners they might not have otherwise.

Regional chests are what they sound like: specially identified crates that are hidden out of sight, usually containing EDZ tokens and various loot, and that often require the player to platform and traverse environments most would miss. They’re reminiscent of the original Destiny’s Golden Chests, but their rewards aren’t limited to early game loot. Instead, you’ll get rewarded with EDZ tokens and faction bonuses.

Lost Sectors were maybe my favorite part of the EDZ. These are hidden, labyrinthian areas that require players to cave-dive and explore complex drainage systems or cave networks before they come across a large group of enemies, and more importantly: a really large loot cache. That cache can only be opened by defeating a named elite enemy guarding the area, and retrieving that sector’s cache codes. Find the sector, defeat the boss, grab the cache codes, and the loot is yours. Dance on.

Okay, so public events are obviously not new to Destiny 2. But in many ways, they manage to feel fresh and distinctive from the many I played through (over and over) in the first game.

I previously mentioned how the map displays exactly where and when public events are happening, but now every public event has secret objectives – finding and completing these unlocks a Heroic version of the public event. Complete that, and you’ve got yourself a massive experience boost, and a shot at some epic loot.

The criteria for these hidden objectives is never messaged to the player. Instead, you’ll need to experiment and explore for yourself. I don’t want to spoil anything here, but let’s just say that Guardians who triumphed over the original Destiny’s heroic raids may have a few ideas about how to get started.

With less than two weeks until launch, my worst fears about Destiny 2 have been assuaged. The game still has superb core mechanics with perfectly honed controls and a gun feel that – in my opinion – is top of class, but now the world feels alive in ways the first game only aspired to. If the European Dead Zone is indicative of the rest of the game’s zones, Destiny 2 is going to have a whole lot more to do. And I can’t wait to dive in.