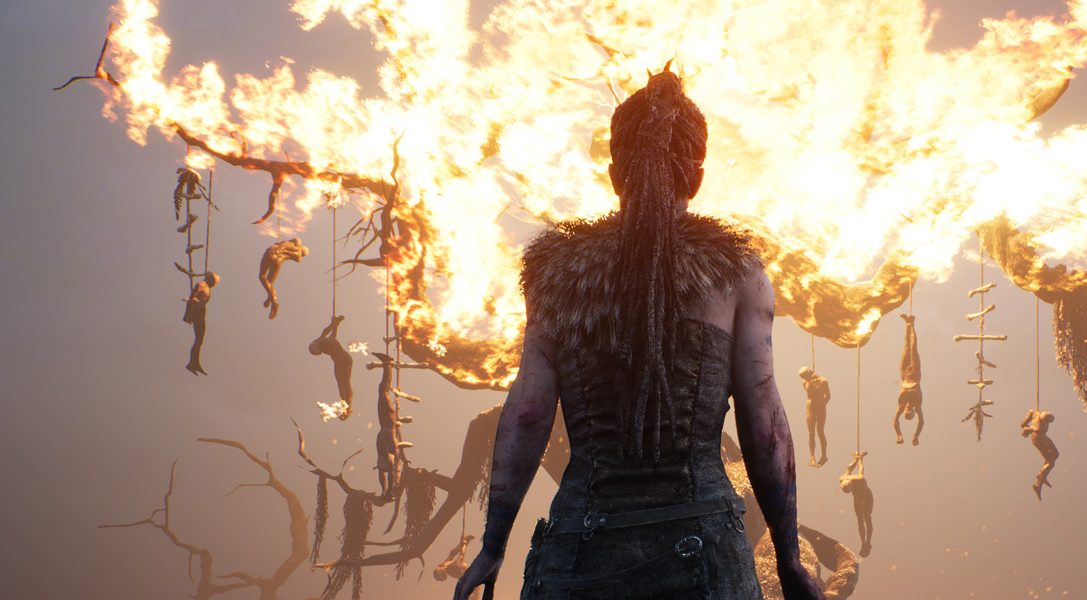 The latest game from the Heavenly Sword studio has hit alpha

Hello PlayStation fans, Dom here from Ninja Theory. I wanted to take the opportunity on the launch of our new behind-the-scenes video to give you an update on the progress of Hellblade: Senua’s Sacrifice, which we’ll be releasing later this year for PlayStation 4.

First off, we’re happy to be sharing our new Development Diary with you. The 26th episode of our open development series focuses on myths and madness in Hellblade – exploring how our lead character’s journey is one that is intertwined with both her experiences of psychosis and Viking mythology:

We’ve just hit the alpha stage in the development of Hellblade: Senua’s Sacrifice. This is significant, because it means that for the first time the entire game is playable from beginning to end. That doesn’t however mean that the game is finished. There is still a huge amount of work to be done across Hellblade. Some parts of the game are starting to look and feel just as we envisaged, whereas others are still only built to a basic level. The important thing at this stage is that all of the areas are laid out and the design clearly defined.

We have now shot all of our performance capture scenes in our budget-built in-house mo-cap studio and these scenes are now in the process of going into the game. We have recorded all of our VO for the voices that follow you throughout Senua’s journey, capturing them binaurally so that when you hear them on headphones you’ll be able to place the voices in the 3D space around you.

All of our gameplay mechanics are in and are now being refined. Our combat system is complete and set for thorough play testing and our puzzle experiences, based on our learnings of psychosis, are now ready for a final art polish.

Our vision for Senua’s movement is starting to be realised, where we’ve captured hundreds of bespoke animations in performance capture so that Senua moves and reacts realistically in all situations. Finally, most of the game’s music is complete and is being mixed into Hellblade’s soundscape.

Two years of hard work by the Hellblade team is starting to pay off and we’re ready for the next stage: beta. This is where we can focus on the player experience – looking at the game step-by-step, improving it along the way, honing how the game will look and feel to our players. It is at this stage that we will start add a lot of the small details that make a big difference.

Beyond beta, we will move into the final stage of Hellblade’s development: mastering. It is in this stage that we will iron out any remaining bugs, ensure that Hellblade performs optimally on PlayStation and prepare the game for release.

We have a lot of work ahead and the team is putting all of our care into Hellblade to make it as special as it can be. We’re getting super excited about sharing Hellblade with you later this year and we look forward to bringing you further updates on the road to release.

You can keep up to date on all things Hellblade: Senua’s Sacrifice on our Facebook page and by following us on Twitter.