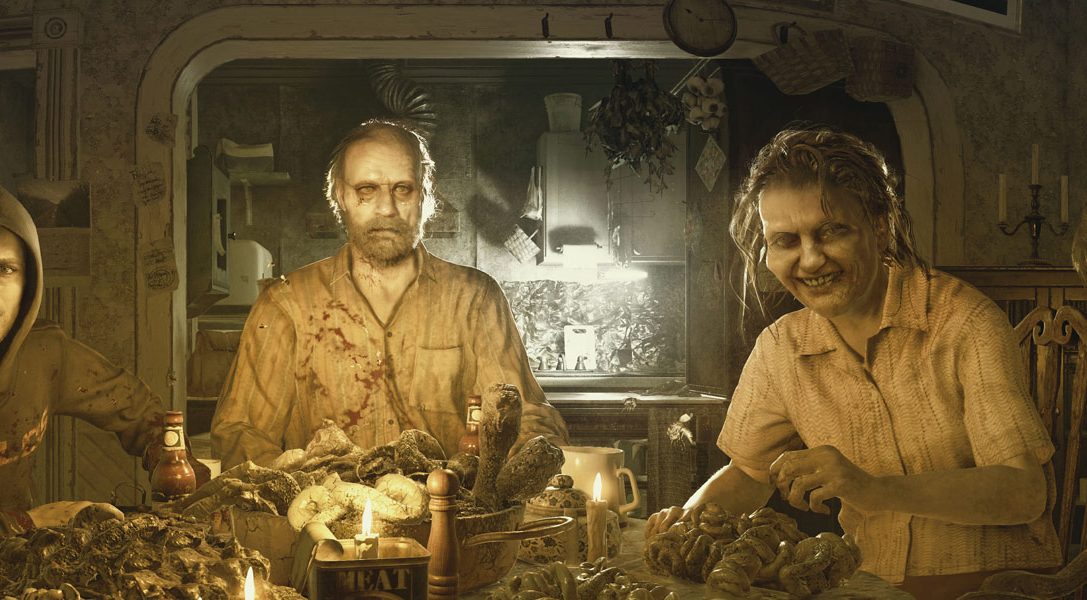 The day has finally arrived, PlayStation fans — Resident Evil VII Biohazard is out today! It seems uniquely human to seek out things that scare us, doesn’t it? From campfire stories to terrifying films, many of us live to be scared, thrilled, and exhilarated.

Capcom has heard your cries for true survival horror. We’re proud to say that Resident Evil VII Biohazard returns to the series’ roots while delivering a fresh new experience unlike anything you’ve seen in the Resident Evil franchise.

The latest game in the franchise takes the ordinary Ethan Winters to a run-down plantation house in Dulvey, Louisiana, in search of his missing wife, Mia. Not all is well at the old Baker house, however; the entire mansion is falling apart, nobody’s heard from the residents in years, and there have been several reports of people going missing from the surrounding area, never to be heard from again.

If you’ve played the final Beginning Hour demo, then you’re likely already familiar with the corroded corridors, the twisted Jack Baker, and the fate of anyone who’s unfortunate enough to cross his path. Jack is just one of the family members waiting for you in this house from hell, though. As you make your way through the mansion, you’ll have to decide what’s best in true survival horror fashion: will you fight back against the horrors that wait you? Or will you conserve your resources and run?

If that doesn’t sound terrifying enough, for those of you with PlayStation VR, you’ll be able to experience the entire game, from beginning to end, in a flexible, optional PS VR mode to play as much or as little as you want in immersive VR. For those of you with a 4K TV and a PS4 Pro, you’ll be able to enjoy full 4K resolution with incredibly crisp graphics and even more detailed textures. Plus, Resident Evil VII Biohazard will be able to take advantage of HDR on compatible TVs, no matter what model of PS4 you have.

We’ve also got a tantalising look at some upcoming DLC packs for you to sink your teeth into once you’ve completed the main game! PS4 users get access to the Banned Footage DLC first, so if you have the Deluxe Edition or a Season Pass, you’re all set to get these as soon as they launch. You can purchase each pack separately.

The first pack, Banned Footage Vol. 1, will be available starting 31st January and includes two tapes as well as a new mode:

The second pack, Banned Footage Vol. 2, will be available starting 14th February and includes two more tapes as well as a new mode:

We’ll have more information on these Banned Footage volumes and other DLC soon, so keep an eye out!

Do you have what it takes to survive? There’s only one way to find out. Resident Evil 7 Biohazard is available today. Welcome to the family.