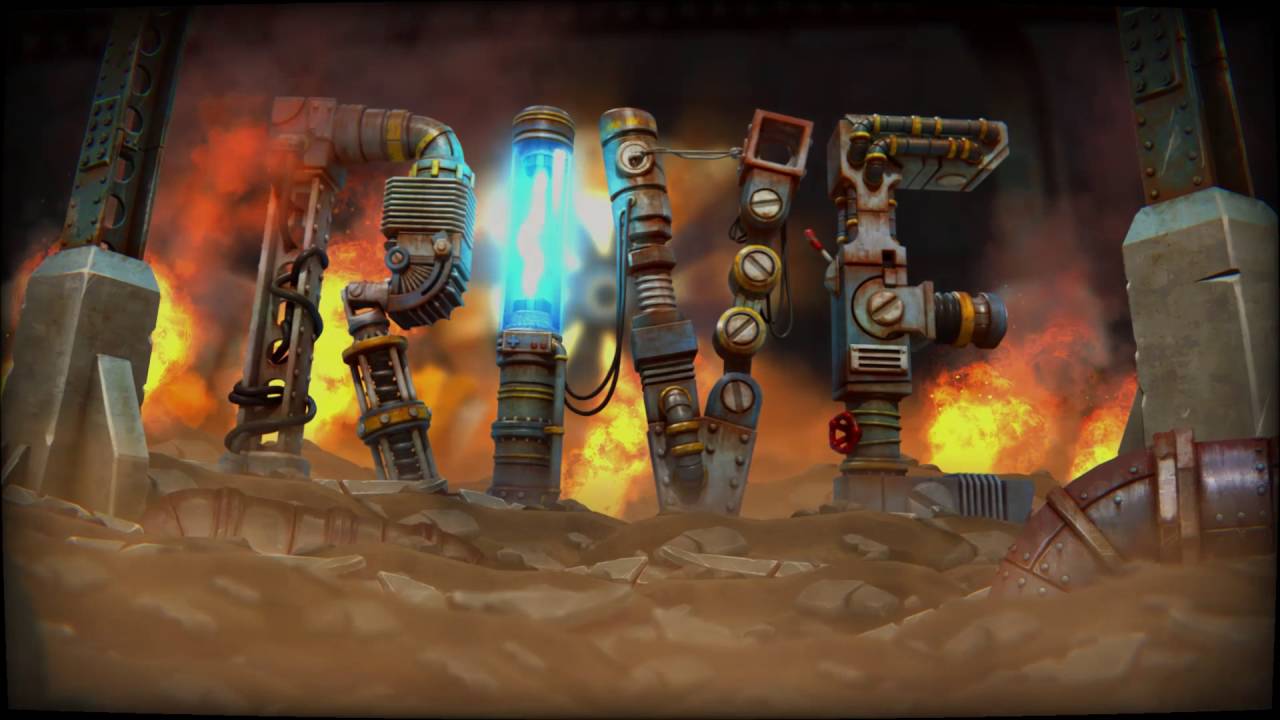 After roughly two and a half years in development, Rive will now release on PlayStation 4 on 13th September. It’s taken us quite a long time to get to this point – about three times longer than we expected. As a gamer you’ve probably experienced your fair share of game delays, and they truly suck, but it’s usually actually for the best. With this blog I want to give you an idea of why that can happen. Perhaps it’ll ease the pain a bit in the future.

Finished games are the final expression of a vision that starts out as rough disconnected ideas from a group of people wanting to make something special. When you get your hands on a game, you see a product that’s gone through an enormous amount of iterations. Sometimes it doesn’t even resemble the original idea that much.

In our case, Rive started out as a 3D on-rails shooter with a time-rewind mechanic – and it’s now a 2D twin-stick shooter/platformer where you can hack your enemies. How’s that for a switch!

I strongly feel that the best way to develop creative games is to have an iterative process instead of designing everything on paper before you start. There are so many wrong assumptions you can make about what will be fun or not, that you’re better off starting with implementing one element and building on top of that. This way the game will emerge in front of you as development progresses and it will teach you which elements work and which don’t. It is however almost impossible to know how many iterations you need before something is truly good, which is the big downside to this approach and the main reason for our massive delay.

As an example, I’ve taken screenshots of the same area in different times of development. Check it out below.

While they may look similar at first glance, it’s way more fun to shoot the robots when they are coming from a dropship – the colours are deeper and the extra visual effects really add to the impact you feel when destroying your enemies.

There is probably about a year of iterations between the two screens, which sounds crazy – even to me – if you think about it. You may argue that the earlier one would probably be fine as well, but we’re not going for fine with Rive. It has to be absolutely perfect, which has a special reason you may not have heard about yet…

After 16 years of making video games we have decided to stop, and focus on something else. Rive will be our final game so it has to be our best game by a large margin. We are really taking our time to make Rive absolutely perfect – and perfection takes time. I’m really pleased with what we’ve created and I can’t wait for you to finally get your hands on our last game!

I hope you’ll enjoy Rive when it’s released next month, and do let me know on Twitter what you think!