Whether you’re an old school Final Fantasy fan, someone who has played a couple of games in the series or perhaps someone younger who is completely unfamiliar with the franchise, I have the Final Fantasy game for you – World of Final Fantasy!

In World of Final Fantasy, you will lead a pair of twins, Reynn and Lann, through the land of Grymoire on a search to rediscover their lost memories. Along the way, they’ll come across many familiar faces from the Final Fantasy franchise in an incredible and adorable adventure!

I’m very happy to let you guys know that World of Final Fantasy is coming out on 28th October, 2016 in Europe on PS4 and PS Vita! To celebrate, we’ve got a brand new trailer that gives you a glimpse at the wonderful world (of Final Fantasy) and see some of the iconic Final Fantasy monsters and heroes that’ll you’ll meet on your journey. They probably look a lot cuter that you may remember so check out the trailer below!

There’s a lot to love about World of Final Fantasy. If you’re an old school Final Fantasy fan, you’ll love the unique story, seeing all the legendary heroes together in a new (OMG they’re so adorable!) way and experiencing a new strategic take on the Active Time Battle system that features stacking characters and monsters.

The new Active Time Battle system isn’t the only new feature in World of Final Fantasy. Throughout Reynn and Lann’s adventure, you will collect, raise and battle adorable beings of classic Final Fantasy lore including the lovable chocobo, cactuar and behemoth to create customisable, strategic tower combinations to take on the most challenging foes.

I don’t think anyone remembers Sephiroth looking this adorable! 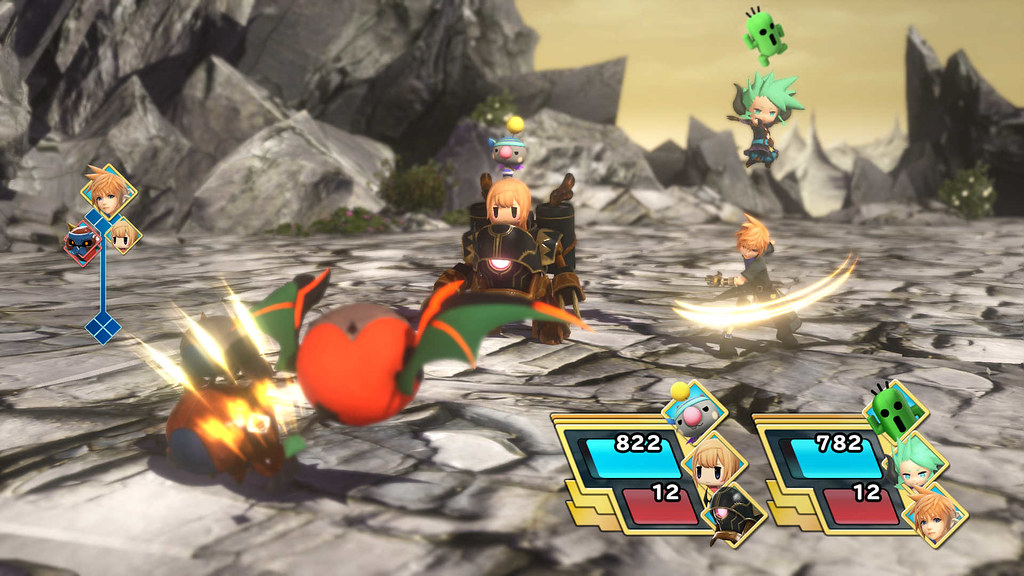