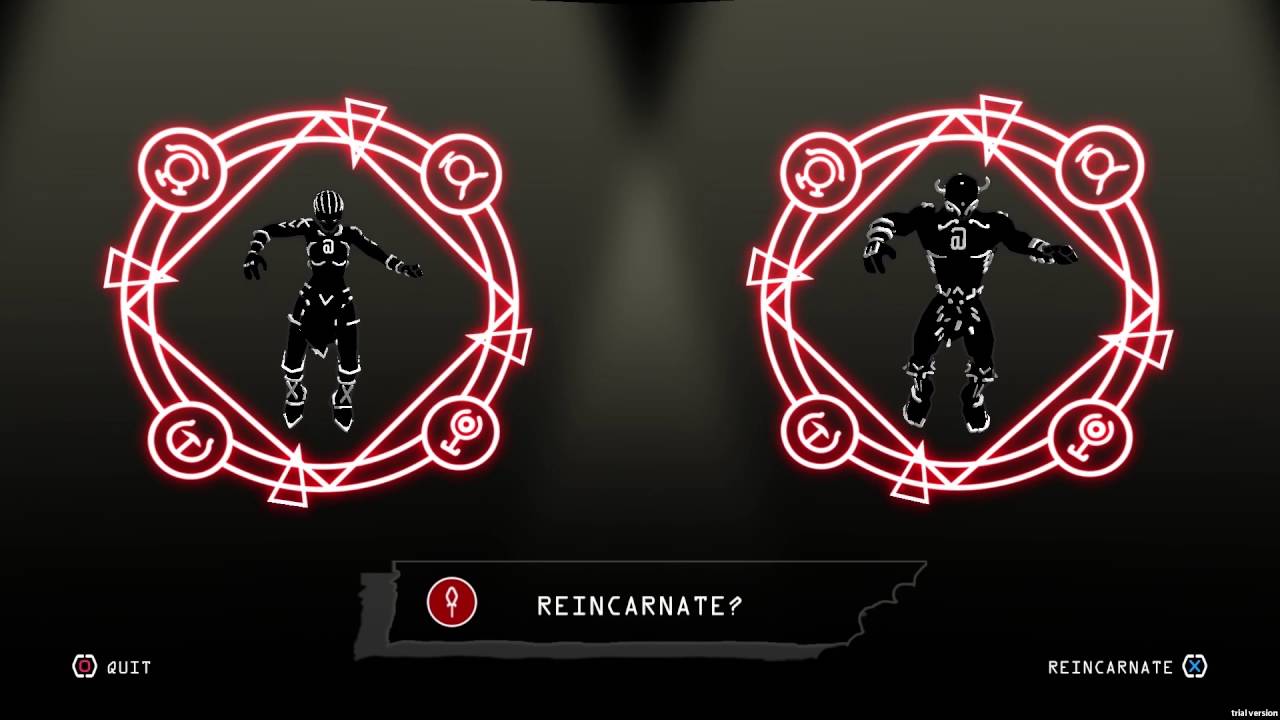 We’ve been quiet about Brut@l co-op, quiet until now that is! In Brut@l, our modern re-imagining of the classic ASCII dungeon crawler, we’ve included a two-player local co-op mode so you and a friend can explore the depths of our ASCII dungeon. Share loot, level up and fight together to survive as you descend to floor 26 where you face off against the fearsome Guardian of the Dungeon and attempt to claim his crown.

As we’re making a retro-inspired game (especially with our art style) it felt right to include local co-op as it really is a nostalgia trip for a lot of people, as well as just being an incredible way to play a game with a friend. With this in mind we’ve introduced systems and mechanics that ensure the core game is fun in co-op, while also adding a sense of collaboration and dread when one of you dies unexpectedly.

Firstly, all the loot you find in Brut@l is not shared, so that axe you find, or that health potion can only be used by one player. This makes the sharing of resources very important to successfully navigating all 26 dungeon floors. This can work in your favour however, if player one has a health potion and player two is low on health. You can hand this potion over, or if in the heat of battle, you can actually throw this potion at your co-op partner, giving them health to carry on their epic fight to the death – just don’t miss! The last thing you want to do is accidentally heal the enemy your friend is fighting – we’d hate to be in the room if that happened!

In addition to managing the items, weapons, food and armour you and your partner are wearing, you also have to survive the onslaught of enemies together. You can employ any tactic you think is best here, for example having one player use the Warrior and get into the faces of your enemies while the second player goes as the Mage and uses his Staff to fire devastating magic energy from a distance. Just be careful the Warrior does not die – the last thing the Mage wants is a pack of Orcs charging him.

Our revive system is also something we think adds an element of strategy and excitement to the game. When a player dies, the other player has two options: revive them there and then or move on and locate your dead friend’s corpse on the next floor. The situation will determine what you decide to do here. Reviving your friend gives them half of your health, so if you’re on 50HP, you and your friend will now be on 25HP each after you revive them. You’ll be able to attack together now, but you’re now both very close to dying. Of course, if you don’t revive your friend until later you risk not having his axe (and my axe!) and assorted potions by your side should you come across an enemy that over-powers you. It’s a tough decision to make, so good luck! :D

Watch our video at the top of the post for a sneak peek at some Brut@l co-op gameplay.