Surviving a cold universe in No Man’s Sky on PS4 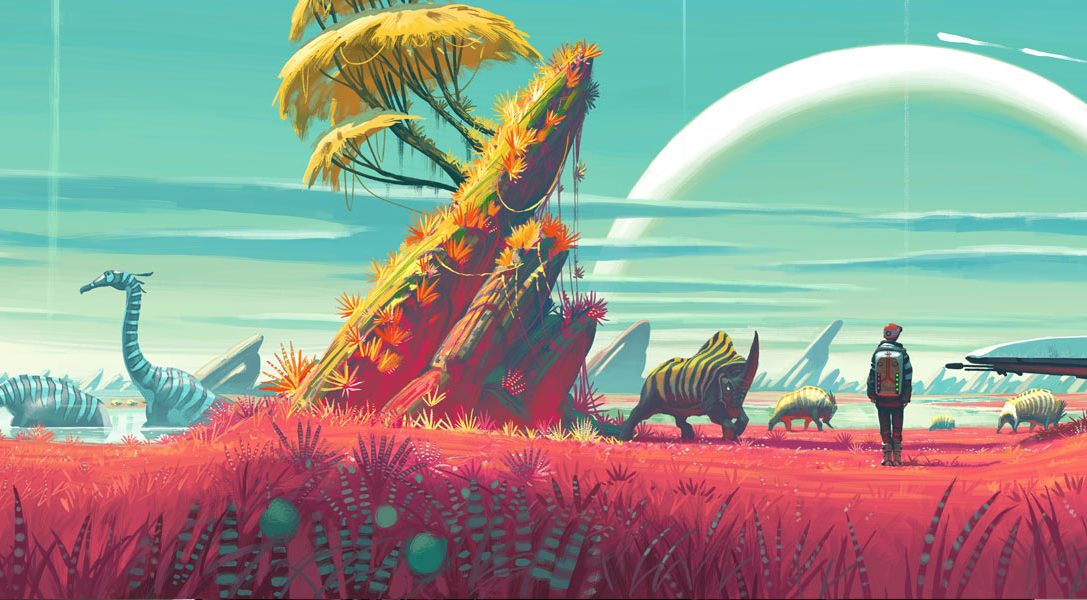 Even in the clutches of a ceaseless winter, this planet supports life. Cat-like creatures prowl through the cold, hunting tirelessly and growling at my approach. The dunes around me are icy and dark, and the chill wind eats away at the thermal protection of my suit — paltry layers between me and a frozen death.

This is one of quintillions of planets in No Man’s Sky. Some are exorbitantly beautiful. Others are cruel. And at a recent event in Los Angeles, the team at Hello Games showcased how “survival” plays a central role in this interstellar exploration.

Many of you may have glimpsed the awe-inspiring concept of No Man’s Sky on PS4 in its trailers. One moment you’re trekking across an alien planet, untouched by sentient life, and the next you’re aboard your trusty craft, punching through the atmosphere and breaking into the endless expanse of space. Trails of distant starships perforate your view, signs of trade and travel — or perhaps the occasional pirate looking to make a deadly score.

No Man’s Sky is built on this concept of absolute freedom, but the team at Hello Games want you to feel the constant challenge of survival as you journey between stars. The planet I explored during my first play session with No Man’s Sky was one of extreme cold. Wade out into the wilderness for too long and your suit’s protections fail, your health slowly dropping until a black screen announces your untimely demise.

Surviving on a planet such as this means finding shelter. Craft explosive bolts to burrow underground seeking warmth and you might stumble upon a network of caves to scour for resources. Or gain entry to alien pods that offer a temporary reprieve from the unrelenting wind. These structures provide a safe space for much-needed crafting, where your suit, ship, and weapon can be augmented and improved with materials from an actual periodic table of in-game elements. These elements define the universe of No Man’s Sky and can be excavated from plant life, mineral deposits, and discarded supply containers half buried in the snow.

But be wary of what you take. Steal too much from a planet and the omnipresent sentinels — stewards from a bygone era — remove you from the world. Forcefully. Defeat a few of the smaller machines and larger walkers come to finish the job.

Not all planets in No Man’s Sky will be uninhabited — far from it. Members of several distinct alien races will occupy these innumerable worlds, speaking in unique languages that you’ll learn over time in order to communicate and trade. Break into their planetside structures to claim resources or perhaps escape the cold. But be warned: unwelcome visitors are not regarded with kindness.

Many planets are watched by alien space stations, which you can visit and use as a trading hub during your time in No Man’s Sky. Here, in the bright and cavernous docking bay, is a small room that Hello Games’ own Sean Murray picked out specifically for the event. It is, he describes, his “favourite” view in the game.

In that small room is a window which looks out on the planet below. One planet, made up of a deadly cold and the life that endures there. One of many quintillions in this fictional universe that we could spend the rest of our lives exploring.