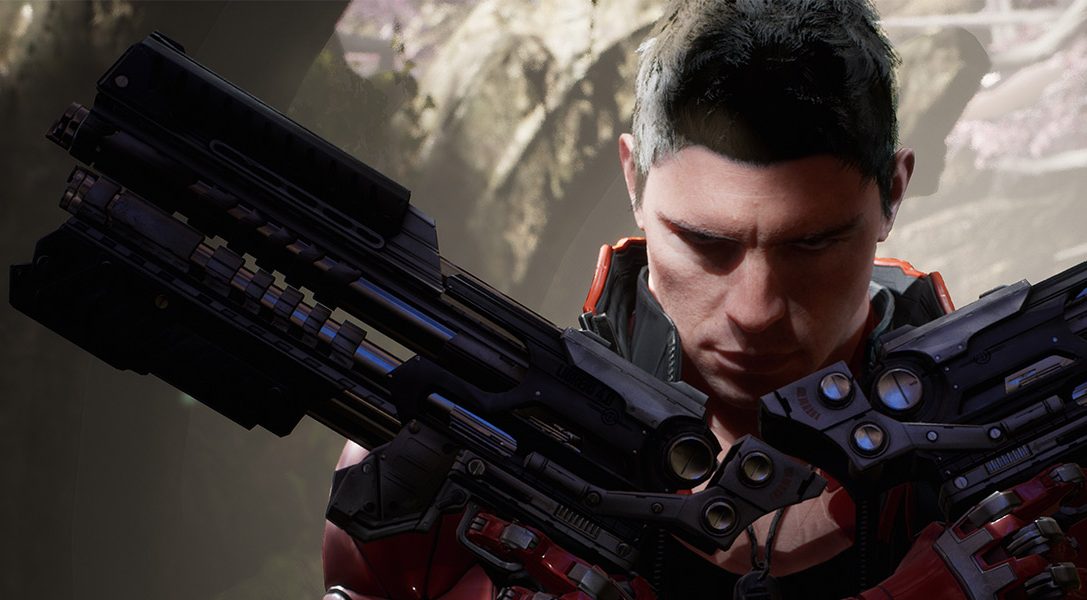 Get an early taste of Epic Games’ upcoming MOBA

By buying a Founder’s Pack, you’ll be able to play early, get an awesome value on in-game content, and help shape the future of the game. Your progress will be real, meaning we will not wipe accounts after 18th March. If you’d rather wait, Paragon will be in free Open Beta during the summer.

Paragon is Epic Games‘ new MOBA that puts you in the fight with explosive action, direct third-person control, and deep strategic choice. Players choose from an ever-expanding roster of unique Heroes, earn cards to customise their abilities, and lead their teams to victory.

All Heroes free, all cards earned by playing

Paragon is designed so that all players can compete and win without ever having to spend money. All Heroes are free, and cards can only be earned by playing the game. The game will never be pay-to-win, meaning we will never sell gameplay-affecting items.

We will sell cosmetic items (skins, emotes), boosts, and other convenience items, along with Paid Early Access, in order to make money. We’re taking this approach because we believe that competitive games need to be fair for all players.

Paragon is still in development. The game is missing features, and some of the content is placeholder. We don’t yet have a lot of features to make it easier to understand for new players, and some systems (for example: cards and deck building) require a lot of patience.

Yet, we really want gamers to be able to opt-in and be here with us from the start, to give feedback and help shape the game. As a way of saying thanks, we’re trying to make Founder’s Packs an insanely good value. If you’re interested in Paragon, buying a Founder’s Pack will get you in-game content at a huge discount from normal prices. During the Early Access Season, we’ll release new (free!) Heroes every three weeks, hold community events, and offer daily and weekly rewards.

Founder’s Packs will cost €19.99, and include access to the game, skins, boosts, and other cosmetic items you can unlock by playing. Challenger Packs (€59.99) and Master Packs (€99.99) will include a huge number of skins, unlockable items, boosts, a unique skin and a Founder’s Pack to give to a friend. We’ll be sharing complete details soon.

If you’d like to support Paragon, buy a Founder’s Pack on 14th March and jump in early. If you’d rather wait, Paragon will be in free open beta in Summer 2016. If you choose to wait, you can also head over to Paragon.com, sign up for the beta, and have a chance to play in free beta weekends.

Finally, if you want to learn more about Paragon, check out Ryan Clements’ blog post. We hope to see you in the fight!