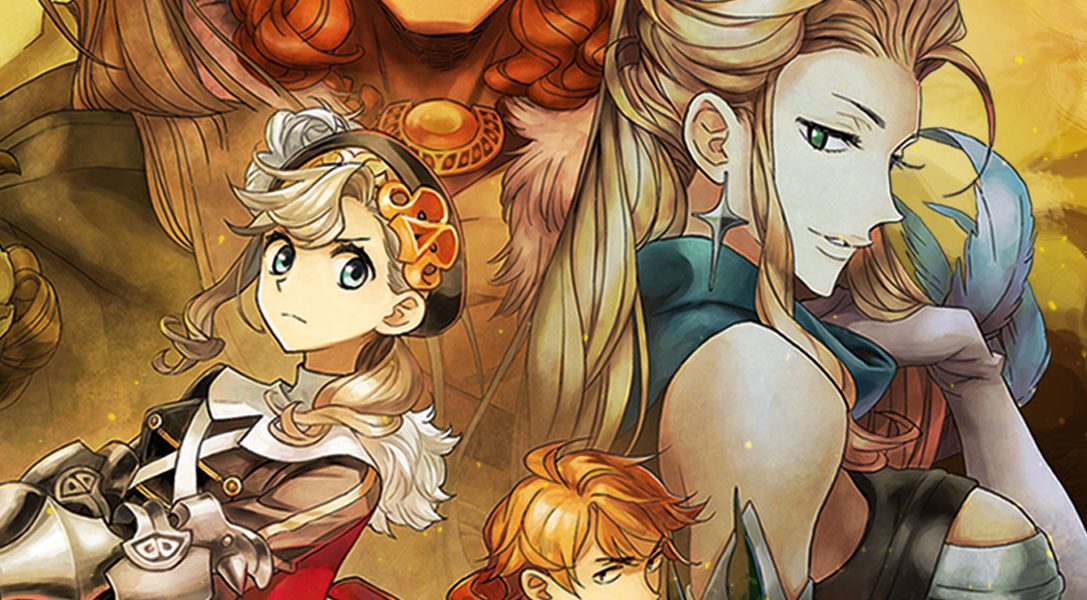 Your first look at the new game from the man behind Muramasa: The Demon Blade

When my manager told me I had to put down Disgaea 5 to start looking into some new Tactical RPG called Grand Kingdom, I told him “No.” Turns out, that doesn’t fly (who knew?). I sidled over to our localisation team and asked for a build of this game on PS4 and PS Vita, and you know what? I haven’t put it down since. Seriously, this game is legit, and it will be available in Europe on 17th June 2016. Sharpen your pencils, boys and girls, war is coming!

The game’s name didn’t really click for me until I saw that it was directed by Tomohiko Deguchi, the director of Grand Knights History, a title that sadly never saw the Western shore. Some of you might better recognise him from his work on another pretty great game, Muramasa: The Demon Blade.

Mr. Deguchi has taken all the things he learned from those games, and put them together into this grand tale. You’ll be traversing the continent of Resonail as the leader of a mercenary group. Along the way, you’ll discover the complex history behind the fall of the Uldein Empire, hire new members to build up your mercenary crew, and spend time fighting under contract for each of four unique countries using an interesting team-building and tactical combat system.

Now, I’m a sucker for pretty much any RPG where I get to train characters and gather cool equipment, but the tactical combat system of Grand Kingdom makes it stand out from the rest. You’ll be fighting on lane-based 2D levels where each unit acts in turn, but their turns play out as real-time movement limited by an Action Gauge similar to Valkyria Chronicles.

Since each mercenary has their own character class which defines their base stats and the type of attacks they can use, you’ll need to be careful not only about how you use your mercenaries, but also about which mercenaries you pair together. (Hint: a team of all Gunners doesn’t fare so well…)

Each class has their own special skills that are pretty awesome to see. For example, the Dragon Mage’s spells and her fierce-looking dragon’s fiery breath make full use of the game’s gorgeous art and fluid animations to deliver the wild thrill of a screen-filling attack and the smug satisfaction of a perfectly executed tactical decision.

A true work of art

I mean, seriously. I am abso-positively in love with this game’s art and music. We were actually so excited about it that we’ve decided to include a 32-page art book and a 5-track sampler CD featuring music from the game as part of a launch edition for the PS4 version of the game!

There’s a lot of meat to this game, so we’re going to have a lot more information yet to share in the months leading up to the 17 June 2016 launch — most of which you’ll be able to read right here on PlayStation Blog as we announce it. We’ll also be constantly updating our official game website as new things come out, so make sure you head on over there to sign up for our newsletter!

Thanks for reading, and let me hear the hype, doods! I’ll be around to answer what questions I can in the comments below!