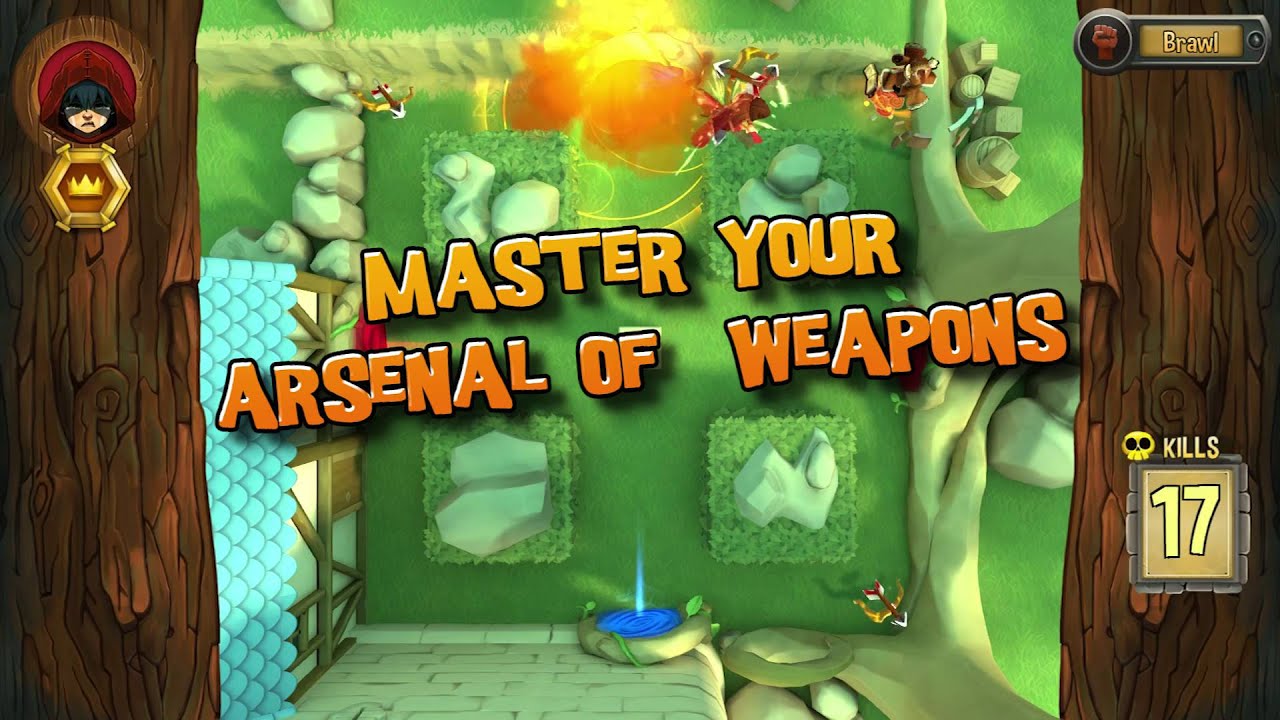 With our next game, we wanted to make something that anyone could pick up and enjoy. We also wanted to have a big focus on multiplayer – we have fond memories of playing couch co-op games where you play with buddies right next to you. And as big PlayStation fans, it’s especially exciting for our team to be bringing our next title to PlayStation 4 – Wondershot!

As you can see from the screenshot above, Wondershot is a top-down, multiplayer-focused party game. The controls are simple and responsive, and the rule is quite straightforward: “one shot and you’re down.”

Four players can go head-to-head and use one of four weapons. Each weapon has their own special ability, which is especially useful with the constantly shifting map environments. There’s also cooperative play where buddies can take on waves of wicked CPU-enemies. We had a chance to show this off at a recent games convention in Paris, and even got an award!

We’re absolutely thrilled to bring the game to PlayStation 4 in the coming months, so please check out the trailer above.