What are PlayStation developers most looking forward to playing in 2016? 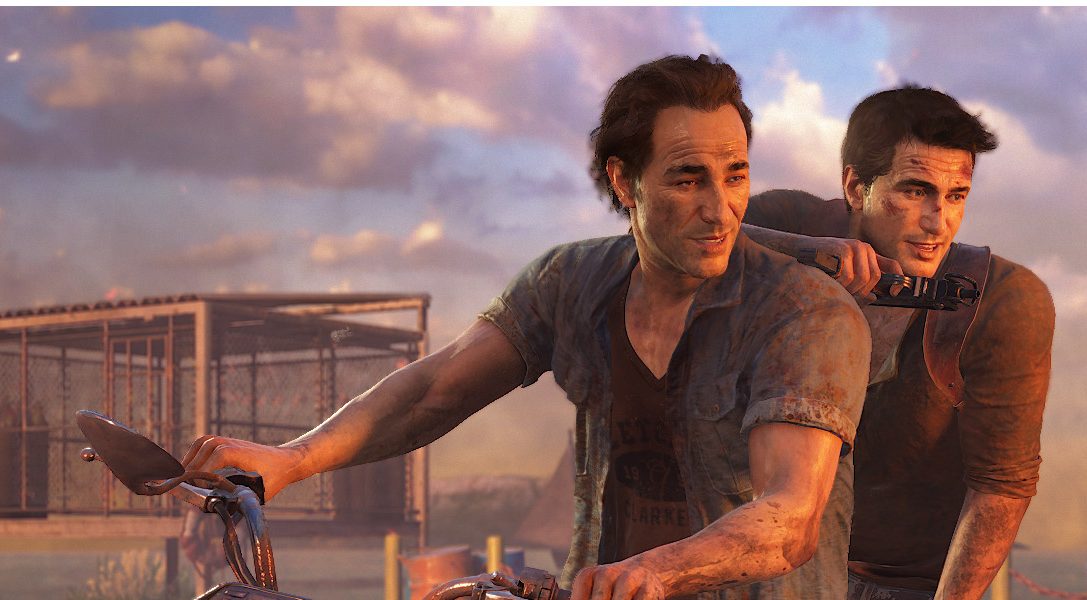 So, yesterday we found out what the stand-out gaming moments for PlayStation developers were in 2015. As promised, today, we’re going to find out which games the same group of razor-sharp creative minds are most looking forward to getting their hands on in 2016. Read on to find out, and then chime in with your own picks in the comments below.

Oh, and a pre-emptive Happy New Year from everyone here at PlayStation. Whatever you have planned, have a great evening. See you in ’16!

“As much as I’m excited to play the latest entry in the Uncharted series or try something as intriguing as The Witness, my inner Souls fan is getting more and more hyped for Dark Souls III by the day. I’m already preparing myself to die over and over again!”

“One more romp from Naughty Dog in the adventure lands with Nathan Drake. Just a one of a kind experience and now I can’t wait to get sucked in again with Uncharted 4.”

“If I had to choose just one, it’d be Mass Effect: Andromeda. The first trilogy was incredible, and the mind boggles when I imagine what’s in store for us in this new installment of the series.”

“Rain World. Absolutely everything about how the game looks and feels is fresh and inspiring. We love how it’s a bold vision that stands apart from every other game, on many levels. We really can’t wait to play it :)”

“2016 looks like a bumper year for fantastic games. Like everyone else I’m eagerly awaiting No Man’s Sky, but games like Adr1ft, Overland and Firewatch have me seriously excited. A new generation of teams are creating some fantastic experiences. I suspect I’d be very hyped for PlayStation VR too… if I hadn’t already fallen in love with my devkit.”

“Wow, tough question. There are loads. Aside from RIGS and Horizon Zero Dawn (excuse the obvious plug!) I’m really keen to play The Last Guardian. Team Ico has a stellar history with games like Shadow of the Colossus and Ico, so I’m expecting big things from its latest offering!”

“Oh man, there are so many! It’s probably a close call between The Witness and No Man’s Sky. I think The Witness is currently more intriguing so if I had to choose one I’d go with that.”

“At the risk of sounding slightly ‘on message’, I have to say Uncharted 4. I love the genre of action storytelling titles and the Uncharted series has delivered through the previous three titles, each time getting bigger and more bombastic. I can’t wait to see what Nathan Drake gets up to in the fourth episode.”

“As a massive fan of Shadow of The Colossus, The Last Guardian is the one I am the most excited about.”

“So many to choose from! Street Fighter V, Uncharted 4, Doom, Dark Souls 3, Final Fantasy XV… but the standout one for me is Persona 5.”

“In 2016 I’m most looking forward to seeing VR become a reality for gamers. Every time I put on a VR headset I make a funny little chirping noise of delight. 100% of the time. I can’t wait to see the immersive worlds and experiences that lay ahead.”

“I’m intrigued by The Witness. It sounds like there’s something beneath the surface. If there isn’t, I still like puzzle games and I expect The Witness to be a good one. Oh, and of course Dark Souls III also.”

“What I’m looking forward to most in 2016 has got to be the release of PlayStation VR! I may be developing for it but I want one at home. 2016 is the year of VR. It’s the start of a journey that is going to change the landscape of gaming forever. There are already a great selection of titles announced and I can’t wait to play all these new experiences.”

“I will have to say Wattam. I don’t know when it’s coming out but I just want to see more of it, because it’s so personal and different. It just fills me with happiness that it exists and there continues to be a place in games for humour and experimentation and pooping.”

“The Tomorrow Children! I’m thoroughly addicted to it in internal testing and I can’t wait to see it populated and travel to people’s towns. I don’t think anyone has grasped how big and fun this game is yet because we only show little snippets – the scale is crazy.

“I’m also looking forward to Uncharted 4 of course! Our friends at Naughty Dog have been burning the midnight oil on that one and I can’t wait to see it!”

“I guess that would have to be the awesome No Man’s Sky from our mates at Hello Games, can’t wait to explore that world!”

“Dark Souls III and Persona 5 both have me ludicrously excited. Persona especially looks to be such a huge step up from the last instalment that I’ve been eagerly scouring every trailer and press release for new details!”

“I was so excited to hear about Gravity Rush returning to PlayStation. I loved the first game so much – it’s one of my proudest platinum trophies! I can’t wait to spend more time with Kat, Dusty and Raven. I was brimming with pride when I saw Shadow of the Beast next to Gravity Rush Remastered at Paris Games Week.

“On the other hand, when I saw The Last Guardians re-appearance at E3 I was literally whooping with joy. I’ve had the title on pre-order since its original announcement, so seeing it return was such an exciting moment. I never lost faith!”

“You expect me to pick a single game? No way, not gonna happen. I’m just going to list a bunch! I’m really looking forward to: The Witness, ADR1FT, Street Fighter 5, Firewatch, Headlander, Mirror’s Edge 2, Soft Body and, like, 30 more. There are too many good games coming!”

“Actually I am not really sure if Dreams will be released in 2016 but it certainly is the game I am looking forward to most. LittleBigPlanet was a game that had a huge impact on me and I was so impressed by it, it was one of the reasons I moved to SCE. I am sure that we can expect a whole another level of unique experiences with Dreams, just as the developers did with LBP when that first came out.”

“There are a bunch of big titles I’m looking forward to next year, but the game I’m most excited to play is What Remains Of Edith Finch. It looks like such an interesting idea; weird and creepy in the best possible way. Plus, I’ve seen footage of the game where you’re a shark stuck up a tree and that kind of sold it to me.”