Unique space adventure Cosmochoria is coming to PS4 in 2016 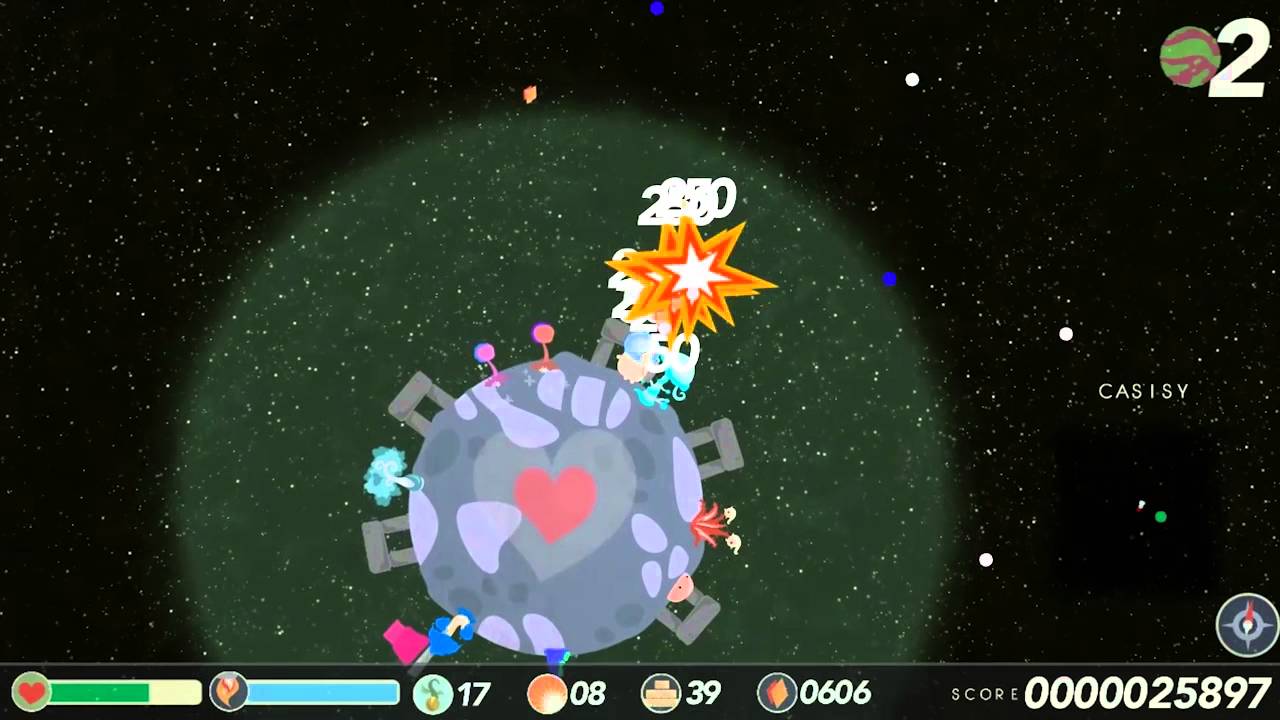 A lone, buck-naked cosmonaut twirls freely through a cartoon universe. He is gravity-less… pants-less… his body exposed to the icy cold of the cosmos. His trusty laser blaster and accompanying space helmet keeping him alive for just a little longer.

Seemingly drifting for eons, he sees a galaxy out of the corner of his eye and thrusts his jetpack towards what seems like a miniature cartoon planet hanging delicately on the edge of space. Landing on the planet, the space traveller can now run and jump with finesse.

His task seems to be based in discovery, first by planting a flag and naming the planet with some ridiculo-sensical non-word, and then, more importantly, by attempting to bring life back to the planet… for reasons not truly understood.

At its very roots, Cosmochoria is a game about discovery. I purposely designed Cosmochoria to feel like the type of game I would find in my Dad’s stash of old Atari 2600 games: a mysterious cartridge found in the bottom of a dusty old milk crate without a box or even instruction manual…

Even the simple act of discovering the mechanics was something I deliberately obsessed over and tried to balance with just the right amount of feedback and information. I want you to know how to move, and what buttons to press to do what, but beyond that, the *reason* you’re standing there, naked on a strange cartoon planet in the middle of deep space is not immediately apparent. I was so moved by such a powerful experience playing Journey that I thought, “what if I could somehow get that raw feeling of wonder and curiosity into what appears – on the surface – to be a simple arcade game?”

Cosmochoria is the result of that thinking. It is a smorgasbord of game mechanics, from free floating thrust-based space travel akin to classic space shooters like Asteroids, to run and jump mechanics reminiscent of Mario Bros or Donkey Kong, in amidst that madness are additional layers of building and planting systems that, when combined, bring a truly unique flavour to the universe of Cosmochoria.

It’s my hope that Cosmochoria feels like nothing you’ve ever played before, and I deeply look forward to hearing about your experiences of the game when my good friends at Curve Digital bring it to your PS4 next year.