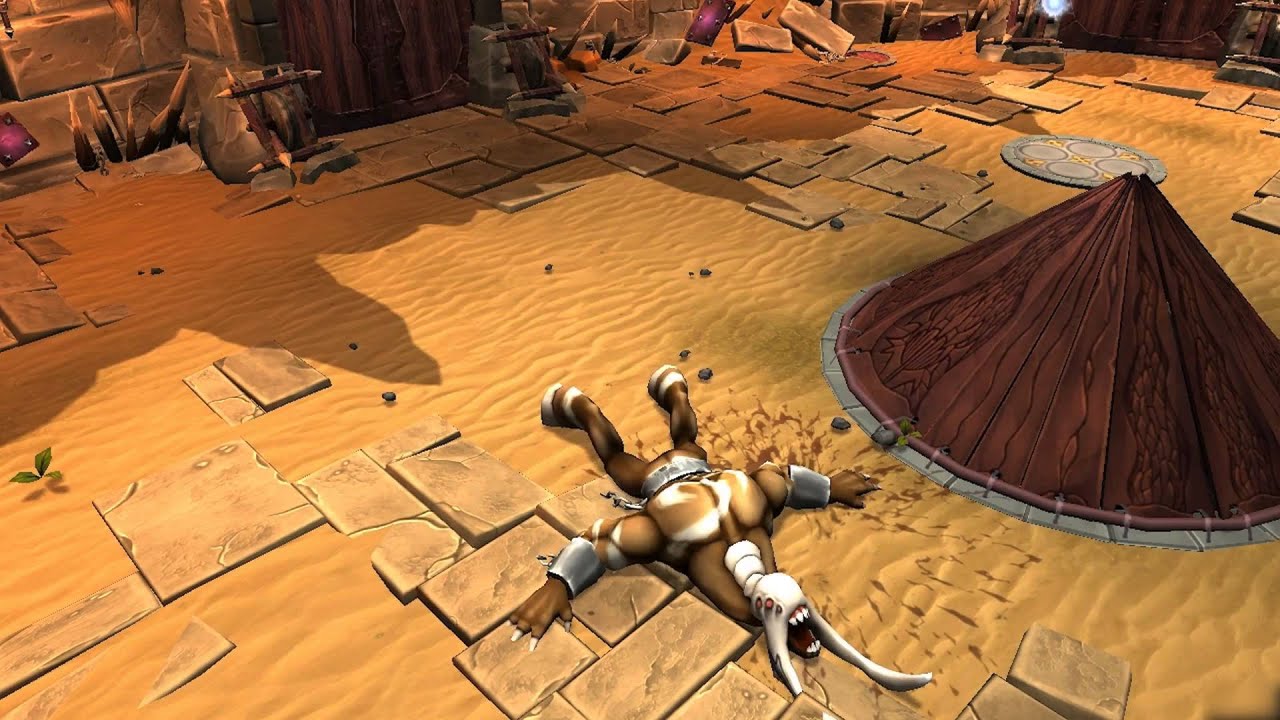 Today a unique game with a unique story comes to PlayStation 4. Forced is a 1-4 player co-op action arcade RPG with puzzle and tactical elements. Sound like a little much? That’s because it defies definition both in gameplay and background.

The project started at a Danish university outside Copenhagen, with a group of students gathering in an abandoned classroom to produce their first commercial game.

After a while we realised the project was consuming so much of their time that we didn’t really need our apartments anymore. We left our apartments and moved into the classroom with mattresses, refrigerators, a couch and even a microwave!

After seven months of living at the university, disaster struck. We were discovered, and had to abandon our base of operations. Luckily, we found a house outside Copenhagen where we could all gather to keep the production going.

Working hard at the game for a year still without any pay but the promise of experience, our team reached a point where money for rent and other development costs was running out. Turning to Kickstarter in November 2012, we managed to get a successful campaign through with a funding of $65,000.

This didn’t last us very long though, and as the members of the team started running low on savings it was clear something drastic had to be done.

The founders went to a bank, and borrowed $200,000 with private risk, enough to keep the team going for the last four months that was needed to finish the game.

Finally the game was finished and released on PC, going on to sell more than 300,000 copies over the following two years. And in the meantime we worked to put the game on consoles as well. Forced had always been intended to be played with friends in the couch, and after a long struggle, the game is now ready to be launched on PlayStation 4!

Forced is a challenging co-op focused brawler. You are cast as slaves in the toughest fantasy gladiator school of them all, condemned to fight to the death, all the while attempting to win your freedom. You will face deadly trials and huge creatures, but Balfus, your Spirit Mentor will guide you in your quest to break the chains of oppression.

Now renamed as Forced: Slightly Better Edition, the game brings numerous improvements since the original PC release. An entire rework of the networking has created a much more stable online experience, vast optimisation and bug-fixing has ensured the game runs as smoothly as possible, and new content has been added in the form of new Survival maps that challenge even the best players.