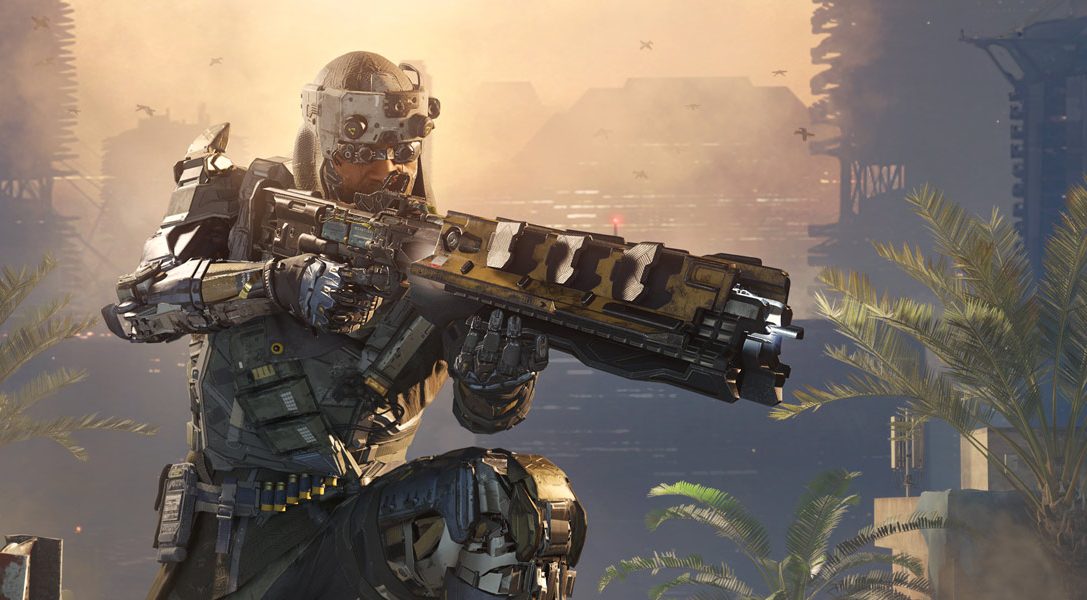 During SCEA’s E3 Press Conference 2015, we announced that PlayStation is the new home of Call of Duty, bringing you early access to the Black Ops III Beta and upcoming DLC map packs for Black Ops III. Now you can play that early content in style with the Call of Duty: Black Ops III Limited Edition PlayStation 4 available on 6th November.

The system features the Call of Duty: Black Ops III ember orange logo on a Jet Black chassis, complete with colored power and eject buttons, as well as three emblems on the front each representing a game mode – the SOG Skull signifies campaign, the Winslow Accord faction logo is pulled straight from the game’s fiction, representing one of the factions you play in multiplayer and “the mark” denotes zombies. The DualShock 4 included has a smooth grey and orange color scheme, along with the roman numeral ‘III’ logo on the right grip.

It’s also worth pointing out that this bundle comes with the spacious 1TB hard disk drive. That’s plenty of room for a library of DLC, and saved videos of your best matches from Call of Duty and more That SHARE button is going to get a workout, too – our 3.00 system software update for PS4 adds the ability to share short video clips directly to Twitter natively, making it easier than ever to share your multiplayer feats in Black Ops III with the world.

Also included is the standard edition of the blockbuster game, along with the bonus NUK3TOWN multiplayer map. That’s right, the most popular map in Black Ops history re-imagined for a new generation of play.

We hope you like our new look! This bundle represents the next step in our collaboration with Activision, Call of Duty and Treyarch. In fact, Activision’s GM of Call of Duty, Rob Kostich wanted to chime in with a few quick words:

“Last month’s beta on PS4 was a phenomenal success. We want to thank the amazing PlayStation Nation for its feedback, for its participation, and for making Black Ops III the largest beta in PS4 history!

“Black Ops III is without a doubt the most ambitious game that Call of Duty has ever created – Treyarch is pushing the boundaries across each and every mode of play on PS4. From day one, it has been designed to push the franchise to new heights on next generation hardware.

“We cannot wait for you to experience Black Ops III for yourselves on 6th November, and we hope you like the Black Ops III Limited Edition PS4 as much as we do!”

In addition there will also be a Call of Duty: Black Ops III Bundle which will be available with a Jet Black 1TB PS4. (500GB Jet Black bundle also available in the UK).

With Black Ops 3’s 6th November launch right around the corner, we won’t have to wait long to see Treyarch’s vision fully realized on PS4. See you online!