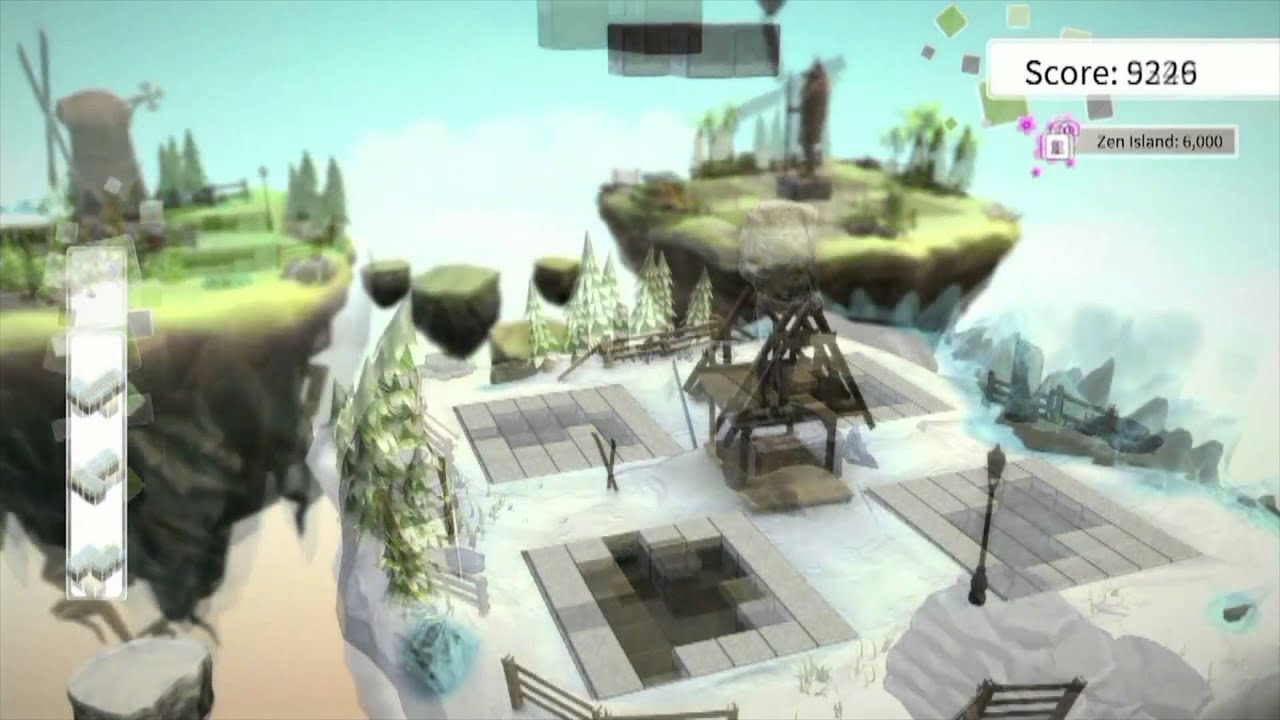 A polished puzzler from a talented Sheffield Hallam University team

Game studios like PieceFall creator Steel Minions don’t come much younger and fresher than this! In fact, the developers are all students on Sheffield Hallam University’s games degrees and don’t graduate until November 2015.

Steel Minions Game Studio was created in 2010 to provide students at SHU with a ‘work simulation’ studio environment. Students are chosen to work in the studio based on merit, and game projects are an integral part of their degree portfolio.

Available for PlayStation 4 from 15th July, the studio’s new game PieceFall is an agile 3D puzzle game set in a world of abstract floating islands. The islands were destroyed by a storm, and it’s the player’s task to return the islands to their former tranquility by rebuilding the land piece by piece.

Each island of the four has 12 puzzles to solve, and the player has to gather enough points to rebuild the ancient spiritual monuments. As a reward and with enough points the ultimate level of the Zen Island is unlocked.

With its strangely hypnotic puzzle mechanic that will have an immediate appeal to Tetris fans, PieceFall provides an intricate new take on the classic concept by flipping the puzzle onto a horizontal plane. Are you ready to accept the challenge, and restore harmony to the islands?

The original game concept was developed as a group project for students back in October 2013, and it took three different student development teams, 10 months of development time over two years to finally bring it to market. It went through various iterations and game changes, where complex mini-games, bonus levels, multi-player objectives and additional islands had to be sacrificed in order to get a well-polished game over the finish line.

But with the help of local game developers, mentors and a dedicated PS First Producer – the ultimate goal of publishing a PS4 game on the PlayStation Store has been realised. This is the first fully published PS4 student game, paving the way for the next wave of PlayStation developers now in education, and is a real testament to what is possible when you follow your dreams.

Sheffield Hallam University has one of the largest PlayStation teaching labs in the world, and is producing talent that understands the complexities of making a great product for PlayStation and are ready to make the leap from the classroom, straight into AAA game development. It should come as no surprise that all five members of the final team have already secured jobs at LittleBigPlanet 3 developer Sumo Digital in Sheffield and Elite3D in Valencia!