I Am Bread is coming to PS4 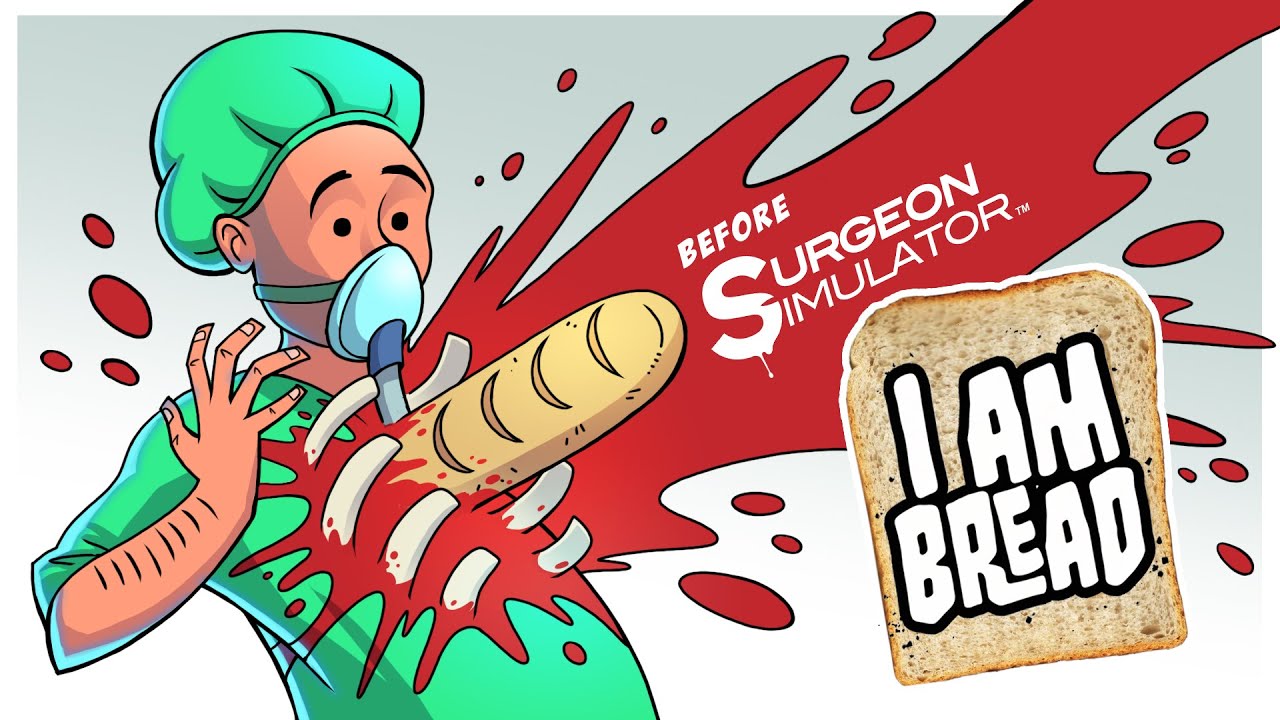 Hi, I’m Luke Williams, the guy whose twisted and wonderful mind brought you ‘I am Bread‘, the prequel to ‘Surgeon Simulator‘. The team at Bossa are now really excited to be bringing the game exclusively to PlayStation 4.

You may wonder how we got here. Well, wonder no more!

Around the time we were finishing up Surgeon Simulator: Anniversary Edition for PlayStation 4, I had a completely reasonable thought; “If bread could move, how would it do it, and what could it possibly want to achieve?”

The more I thought about it the more I saw a potential for quite a unique premise for a game, as well as a few design challenges! Like Surgeon Simulator I wanted a clear goal for players to understand; a certain level of skill to be required, something the player could feel themselves getting better at every time they failed; and all in a more of a sandbox setting, letting the player experiment with everything in the world.

I always like to try and fulfill player expectations in a game by surrounding a lot of it in general world knowledge. This lets me focus on trying to meet what a player is expecting when playing a game rather than trying to teach them what to expect. When I say “Perform a Heart Transplant” a lot of people get the general idea of replacing a heart in someone’s body.

In I Am Bread your goal is to become toast. That’s it. This is where the general world knowledge stuff comes in, as a player I assume you generally know what is required to turn bread into toast, which is a toaster, or more simple than that; heat. So your goal in each level is to seek out or create a heat source by any means necessary in order to toast yourself. All this while trying to maintain some sort of edibility, because no one likes bread covered in dust/mud/fish bones/ants.

Your adventure sees you go from holding yourself under an iron; to breaking a car window with a brick in order to turn on the engine. Oh yeah – the bread can grab onto things…

This lead us to quite a big challenge. How on earth are you going to move a slice of bread around and also create a fun, unique and satisfying control scheme that the player could plausibly become skilled at?

We went through a lot of iterations but eventually settled on letting the bread have the ability to grab any surface or object with one of its four corners. This is done by holding the triggers on the DualShock 4, you can hold down any combination of the triggers and then by using the right control stick you are able to flip the bread around those points. You can pretty much make up your own methods of traversing and climbing, and we’ve seen a whole host of unique ways to move around the world of I am Bread.

Finally, even after the grand adventure of becoming toast is over, we took the opportunity to create the bread game you’ve always wanted.

You’ll find we’ve added a whole host of game modes that see you taking control of a new type of bread, each with their own variation of the controls and completely new goals and challenges. Become a baguette as you smash your way around the various levels, trying to cause as much destruction as possible; or become a bagel, and roll your way around a series of race courses in record time.

To top it all off you’ll find a whole host of challenging trophies to try and earn with all your bready companions. So I hope you’re ready to face the trials and tribulations that come with trying to be bread!

If you have any questions about the design process or anything I’ve mentioned please ask away! You may also be impressed by my complete lack of bread puns – that took a lot of effort.

Bread promises to answer every one.