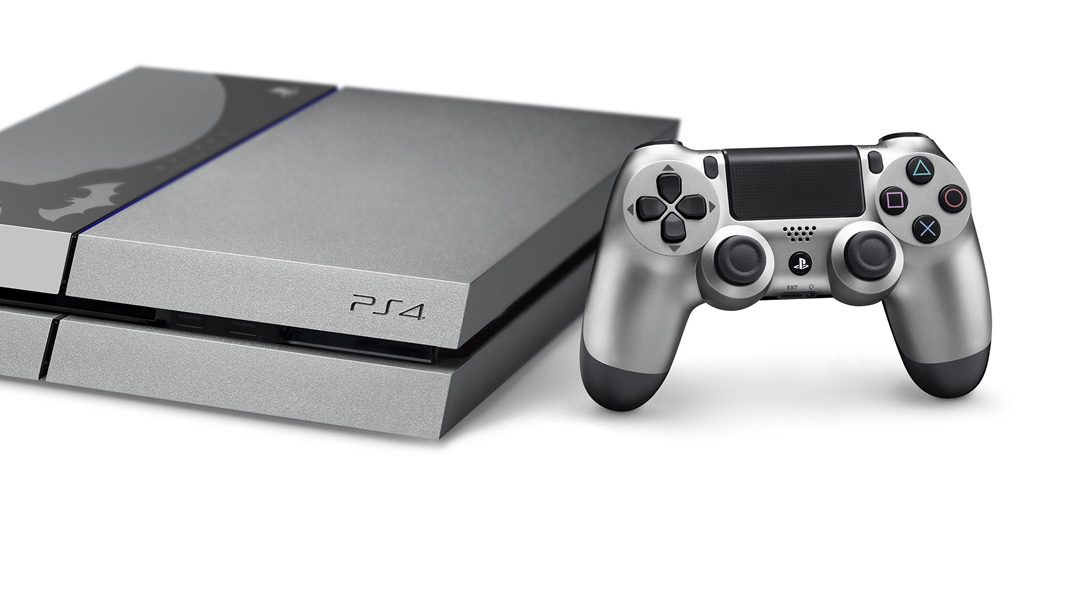 Your first look at a stylish new hardware bundle, available this June

I know many of you are eagerly waiting for the final installment of Rocksteady Studio’s Batman Arkham series, Batman: Arkham Knight . And today, I’m pleased to announce a new PlayStation 4 design we’re offering that pays homage to the epic series, exclusively available through the Limited Edition Batman Arkham Knight PS4 Bundle.

This limited edition  bundle will include the limited edition Steel Grey PS4 with a custom Batman: Arkham Knight design, a matching DUALSHOCK 4 Wireless Controller in Steel Grey, the explosive finale to the Arkham series Batman: Arkham Knight on Blu-Ray, along with exclusive bonus content the Scarecrow Nightmare that’s available to play on PS4. In the Scarecrow Nightmare you will be able to play three extra missions – as a solar eclipse plunges Gotham into darkness, you’ll need all the Batmobile’s arsenal to face off against a monstrous 100ft Scarecrow and his army.

In addition to the limited edition bundle, we’ll also have a Batman: Arkham Knight PS4 Bundle available which includes a PS4 and DS4 controller in Jet Black, Batman: Arkham Knight on Blu-Ray as well as the exclusive Scarecrow Missions. Both bundles will be released on June 23rd, the same day as the standalone game.

Plus, all PS4 owners will get access to bonus content first, including additional in-game missions and custom skins for Batman and the Batmobile. All of this will be available when both the bundles and the game launch on June 23rd.

Watch the trailer below and get ready to be the Batman on PS4!