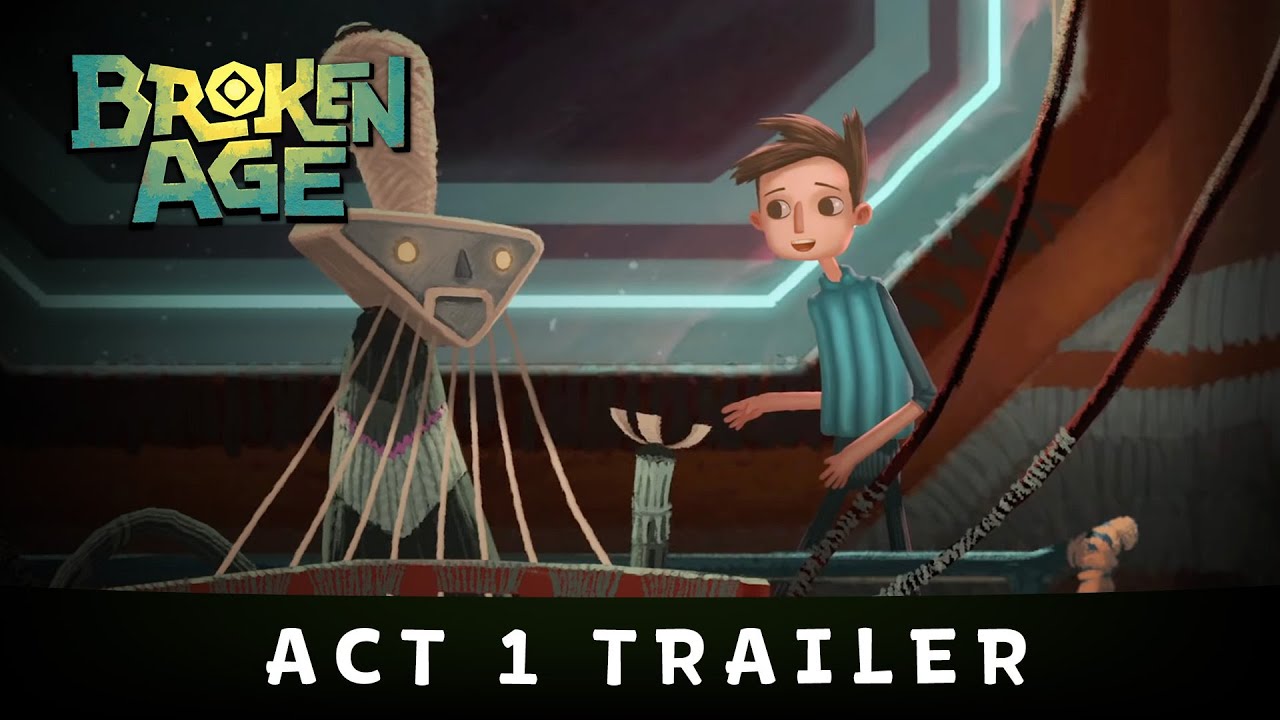 A new adventure from the mind of industry legend Tim Schafer

Two mere months ago, a gone but not forgotten video game from the days of yesteryear was lovingly dusted off, given a hefty makeover and sent forth once more into the land of the living so it might be played again by fans both new and old.

The resurrection of Grim Fandango Remastered took place thanks to some help from our friends at PlayStation, so it naturally made its way onto PS4 and PS Vita, and we very much hope that those of you who have played it had a lot of fun!

Today we’d like to announce that our brand new adventure game is headed to the PlayStation store on 29th April through a partnership with the PlayStation Third Party Production team, and we’re super excited about it! Broken Age comes to you from the same team that made Grim Fandango back in the ’90s, along with some more youthful (and some say more attractive) collaborators at Double Fine Productions.

Broken Age tells the story of Vella and Shay, a girl and boy from completely different worlds who seem to be leading strangely parallel lives…

…Vella has been chosen by her village to have the honour of being sacrificed to the terrible monster Mog Chothra, but having no interest in being devoured by a horrible beast, must go against ages old tradition and make her escape. Meanwhile somewhere in space, Shay is living a solitary life under the care of a very motherly computer, and whilst his every need is taken care of in every way imaginable, he wishes for nothing more than to break free from the monotonous safety of his daily life, and have some real adventures.

Funded by a record breaking crowdfunding campaign on Kickstarter , Broken Age features words, concept art and music from legendary adventure game makers Tim Schafer, Peter Chan and Peter McConnell, along with the unique art of Nathan Stapley and the voices of some amazingly talented people from the movies and TV and stuff.

Shay is played by Elijah Wood from Lord of the Rings, and Vella by Masasa Moyo who played Sarah in Team America. We also managed to convince Jack Black, Jennifer Hale and Pendleton Ward to speak into microphones for us, so they’re in the game too!

As part of the crowd funding campaign Two Player Productions filmed the entire development of the game to make a no-holds-barred documentary, which is now available for free! If you’re interested in watching a game coming together from concept to finished product, through good times and bad alike, then check out the youtube playlist over here. New episodes are added to youtube every Tuesday and Thursday leading up to the launch of the game.

The full Broken Age adventure is coming to PS4 and PS Vita on 29th April, it features Cross Buy, Cross Save, and lots of pointy-clicky adventure gaming fun times. Check out the teaser above, and if you’d like to find out more then point your peepers towards http://www.brokenagegame.com.