Everything you need to know about PS Plus newcomer Kick & Fennick 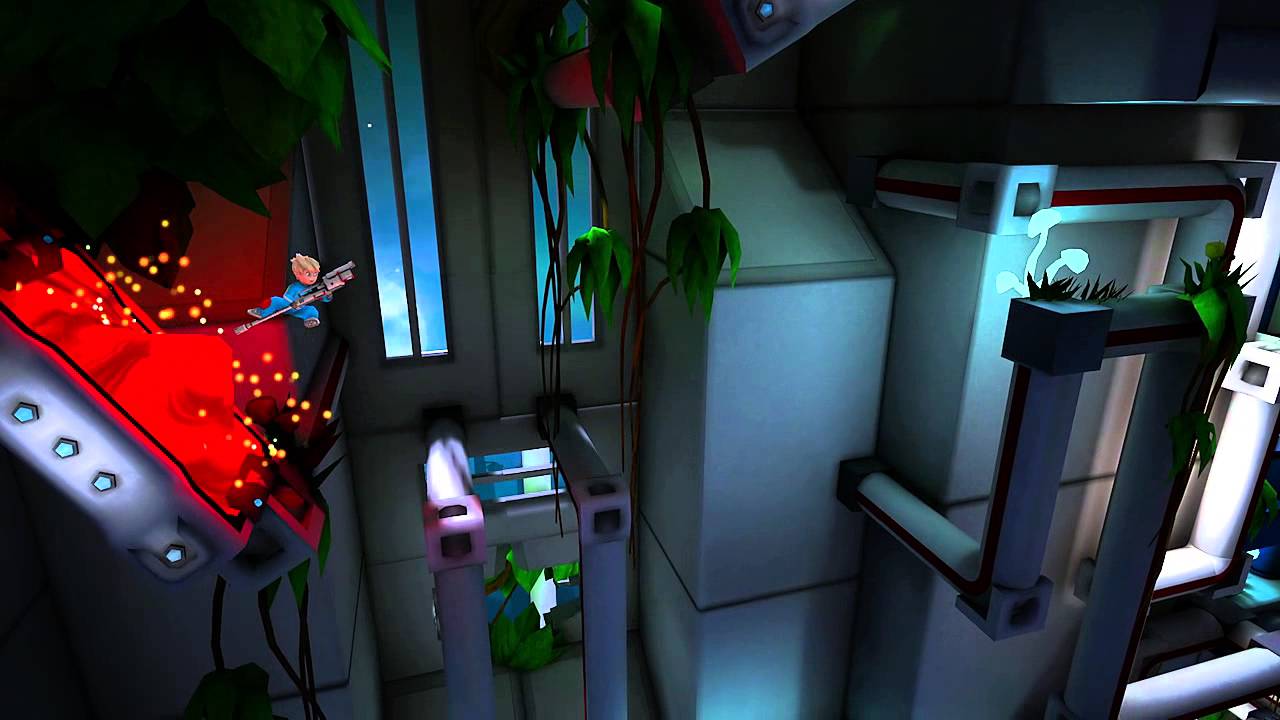 Find out what to expect from the colourful PS Vita platformer

Hi everyone! Vincent and Laurens here again. We almost can’t believe we’re actually writing this, but Kick & Fennick arrives on Playstation Store tomorrow. It’s been a crazy adventure and our greatest challenge yet. But, we’re finally here and we made a new trailer, so check it out!

As you can see in the trailer, Kick & Fennick is a game about a little boy with a very big gun. Any normal boy would leave the gun for the big kids to play with, but when our duo meets and Fennick saves Kick from trouble, they notice Fennick’s energy core is broken and embark on an adventure to the Core Tower in search of a new battery.

Besides shooting down any robot that gets in their way, Kick can make huge jumps by using the gun’s powerful recoil. Whenever Kick fires the weapon, it will send him flying into the opposite direction! This opens up tons of opportunities for cool platforming challenges. On your quest to help Fennick you’ll encounter many obstacles to overcome, such as treadmills, magnets, bouncypads, teleporters and a huge menacing robot that just doesn’t want to leave you alone!

With Kick & Fennick we aimed to make a relaxing and fun platformer, a bit different than some of the frantic platformers that are out there. We describe it as “smooth and easygoing”. That doesn’t mean it’s easy, you’ll have to carefully aim your shots if you want to overcome the challenges thrown in your way, but we wanted Kick & Fennick to be a non-frustrating experience that gently ramps up the challenge. Fennick plays a part in that too, as his ability to respawn you instantly makes sure you can retry any missed jump within seconds, as long as Fennick has enough power left.

Apart from the challenges ramping up smoothly, we’ve also spent a lot of time on the movement mechanics, with satisfying jumping physics and lots of animations to make your moves look and feel just right.

We’ve mentioned before that we’re big fans of animation, so we wanted to include a little story that shows our passion there. Even though it’s a small story, a lot of work went into the animations – not in the least part because we really like doing it – and it was quite a challenge, so we hope you enjoy it!

It’s been one hell of a rollercoaster ride since the last time we posted here, especially the last few weeks, so we would like to take this opportunity to thank the people who helped make all this possible.

Jonathan van den Wijngaarden, our composer and one of our best friends, who made all the music and sound effects and believed in us from the start of the project almost three years ago (sorry for taking so long!). The guys from Abstraction Games as well, our longtime friends and colleagues who helped port the game to PS Vita and went above and beyond in the final push to release.

We also want to thank all of you here on the PlayStation Blog and all the people who kept sending us emails asking about the game. Your comments, feedback and emails have meant a lot to us and gave us the energy to push through the more difficult moments.

We’re extremely excited (and terrified!) to see what you think of the game and hope you have a great time playing it! As always we’ll stick around for any questions you might have.