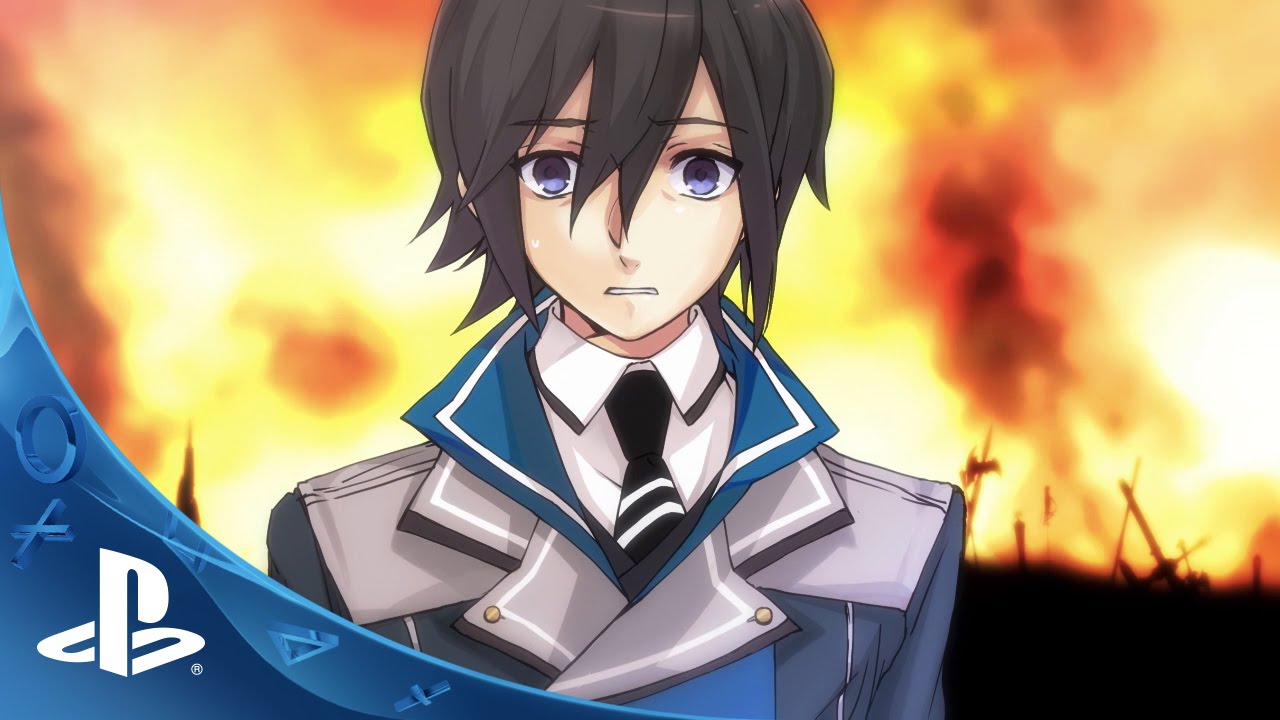 Just another day in the life of a high school student — wake up, go to school, walk back home, get stabbed in the heart by some demons, become a god… No big deal.

If that sounds familiar to you, then you must live quite an exciting life. But for those who haven’t become a god, you can in NIS America’s new PS3 game The Awakened Fate Ultimatum, coming out on 20th March.

Guide ordinary high school student Shin Kamikaze (super epic name) as he learns the ropes of being god in The Awakened Fate Ultimatum. While sleeping on the school’s rooftop, Shin has a cryptic dream with a mysterious girl babbling about fate and saving the world, but is suddenly woken up by his friend.

Thinking nothing of the weird dream, he heads home, but gets stopped by a group of demons flying down from the sky. One of the demons looks at him, apologizes, and then proceeds to stab him in the chest. As he’s dying, an angel swoops down to fight off the demons and takes him off to a place called Celestia. Awaking to a red-headed scientist named Ariael, he is told that the Awakened Fate crystal has been shoved into his chest to save his life, which has made him a god. Now it’s his job to fight in the war between angels and devils, and determine the fate of the world!

This story-based roguelike RPG looks and feels similar to its predecessor, The Guided Fate Paradox. As Shin, you will jump into randomly generated dungeons, battle angels and demons, and collect items to survive each grid-based level. In these dungeons, every move counts. Your enemies will move when you do, so strategizing your approach to each level is key. Just don’t die — when you die, you’ll start from the beginning of the dungeon and lose all the items you were carrying.

After fighting through all the levels of a dungeon, you are forced to make “Ultimate Choices” and must live with the consequence of those choices. Depending on the decision, you will be granted either angel or devil Choice Points (aka CP), which are used in the wing-shaped skill tree. In addition to equipping different items, you are able to customize Shin’s permanent stats and special skills by applying CP to either side of the skill tree. Go all angel powers or all devil powers — it’s your choice!

The amazing art for this game is done by the one and only Noizi Ito, the artist behind anime like The Melancholy of Haruhi Suzumiya and Shakugan no Shana. Characters are high-resolution 3D sprites, perfect for the ridiculously over-the-top special attack animations. Not only will you see these gorgeous images in the attacks, you’ll get to enjoy them featured in the special scenes throughout the game.

While being a god is cool, do you think you can make the ultimate decision? Will you side with the angels, lead the devils, or toe the line? And in the end — when faced with the death of the two girls you’re closest to — who will you save and who will fall?

Make your ultimate decision on 20th March. For more information about The Awakened Fate Ultimatum, please visit the official site.