Hello, everyone! This is Crystal from Wander, here to tell you a little bit about ourselves and what we’re doing way down here on the bottom of the Earth (AKA Australia).

Wander is the brainchild of Melbourne resident Loki Davison, who noticed a shocking absence of games that didn’t primarily focus on violence in order to tell a story, and decided there was a niche that desperately needed to be filled. That, coupled with a slight preoccupation with flight, travelling and music, led to the conception of Wander, an MMO game that lets you explore a majestic environment in several different forms – a giant tree, a soaring griffin, a sea creature and more.

“I was somewhat of a nomad for a long time. I wandered around Central Asia, Siberia, the Arctic and Himalayas. Growing up I played a lot of MUDs (text based MMO games) and wanted to make a game that was atmospheric, relaxing and multiplayer. Wander draws on a lot of that experience. I wanted to collaboratively explore in a game.” – Loki

You start off deep in a forest you can’t remember, occupying a form you don’t recognize. Clues can be found by examining your surroundings, and you may even encounter others like yourself who can help you and share information. During your journey you may also hear the mysterious, siren-like tones of opera singers, and following these songs will lead you to even more exciting discoveries, like the ability to change your shape and acquire new ways of exploring the world. 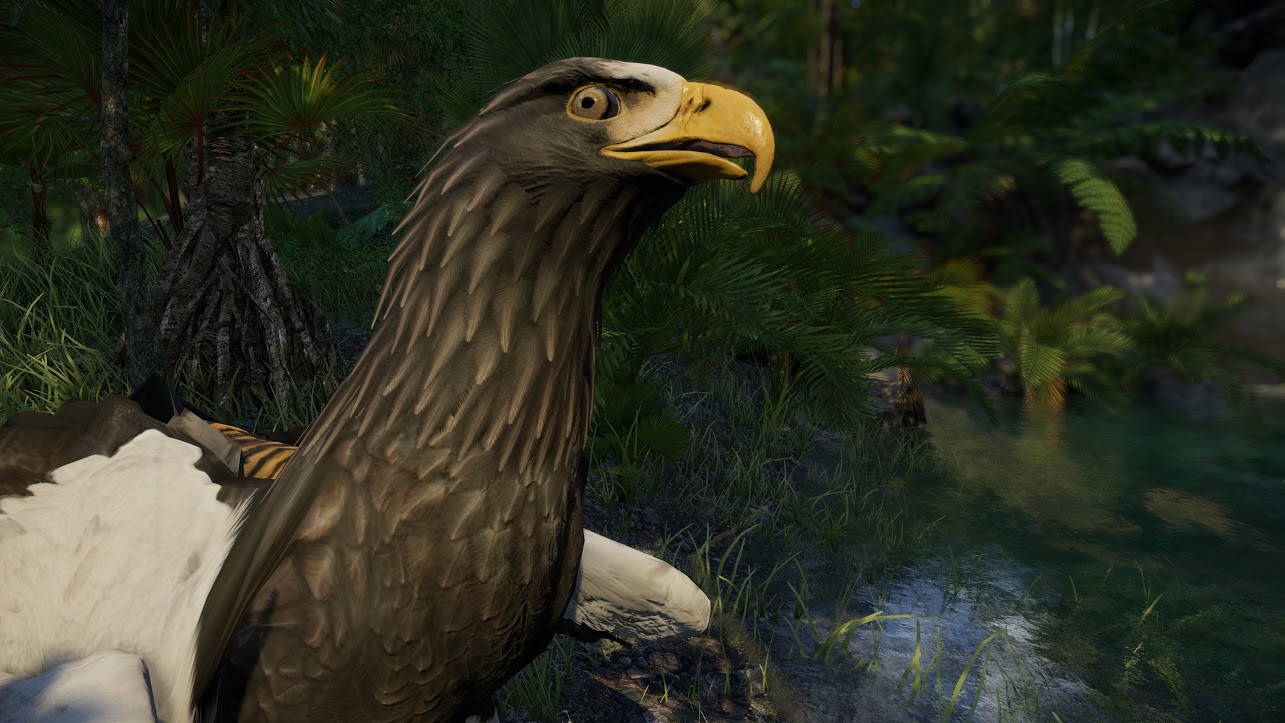 Playable characters in Wander include the Oren – a walking, sentient tree, and the form you occupy at the beginning of the game; the griffin – with the power of flight; the azertash – with the ability to swim and breathe underwater; and the swift and agile hira.

Each of these forms has several unique and gorgeous variants, all with their own cultures, backstories, and specific ways of interacting with other forms and tribes. Along your way you’ll discover lorestones, mysterious records that teach you bits of the history of the planet and its inhabitants. Eventually, if you’re lucky, you might even learn the ultimate secrets of this mysterious and beautiful world.

Wander is set to be released in March 2015, but before that happens you can catch us on Twitch for a very special series which will showcase live gameplay with an original story featuring a vibrant cast of characters, just to give players a little taste of the narrative and role-playing potential of Wander. We’re pretty excited and a little scared to be the first ever live drama broadcast in Twitch! The first episode will be live today Wednesday 19th at 12.00am GMT/1.00am CET.