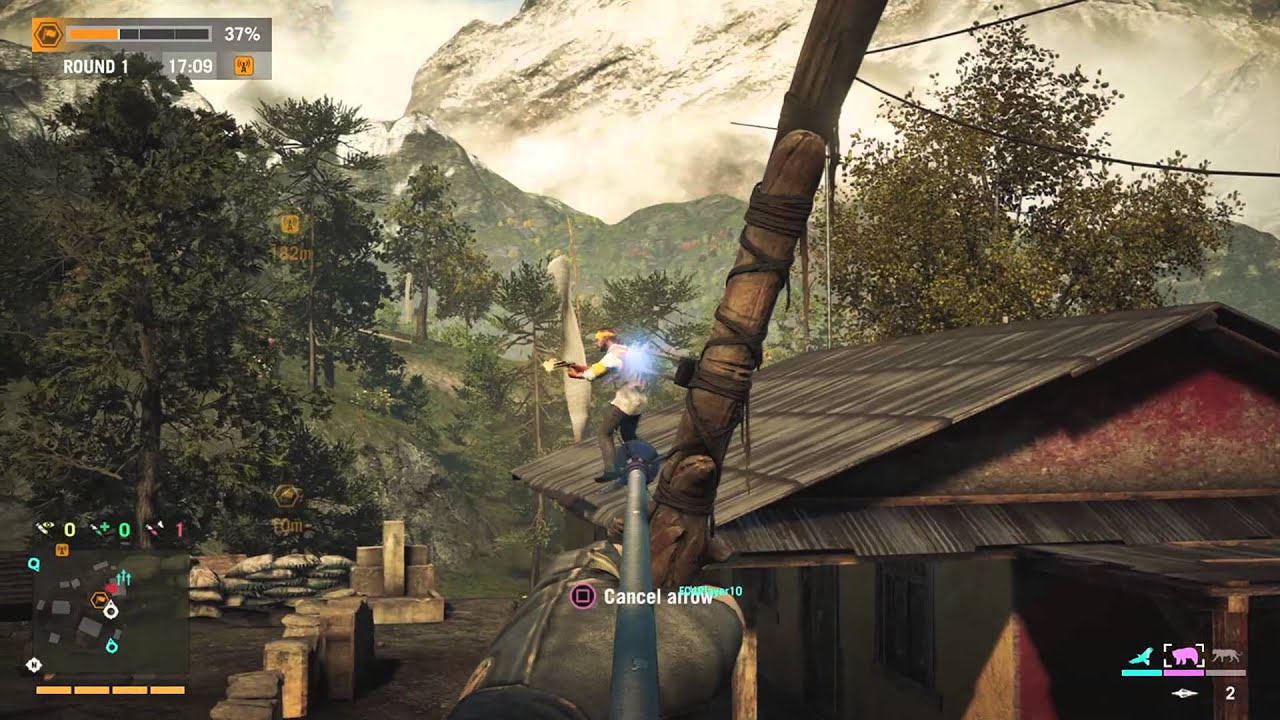 Far Cry 4’s new “Battles of Kyrat” multiplayer mode shows Kyrat in a completely different way. Your battles will take the form of a re-telling of the struggle that took place in a long-past war between The Rakshasa, Pagan Min’s elite guard and the Golden Path rebellion. In this asymmetrical experience, the different modes are round-based, so you’ll play as both classes in each match.

The Rakshasa are the mythical warriors of Kyrat, tied to a close connection with nature. You’ll call upon animals to help you in battle, and you’ll be able to move unseen through foliage when crouching. You’ll have access to traditional weapons, and you can craft multiple alterations to your bow, and fight with fire, swarm, spread and blink arrows. You’ll also be able to create perception and performance altering syringes to gain advantage over your enemies.

The Golden Path are all about their arsenal: guns, vehicles and tech-enhanced capabilities. You’ll have access to a variety of weapon types, including assault rifles, shotguns, and multiple explosives. You can also use the bell towers at your disposal, so you’ll be able to spot your enemies from afar.

In Battles of Kyrat, you will fight as both the Golden Path and Rakshasa in three game modes:

As a whole, the Battles of Kyrat mode consists in: