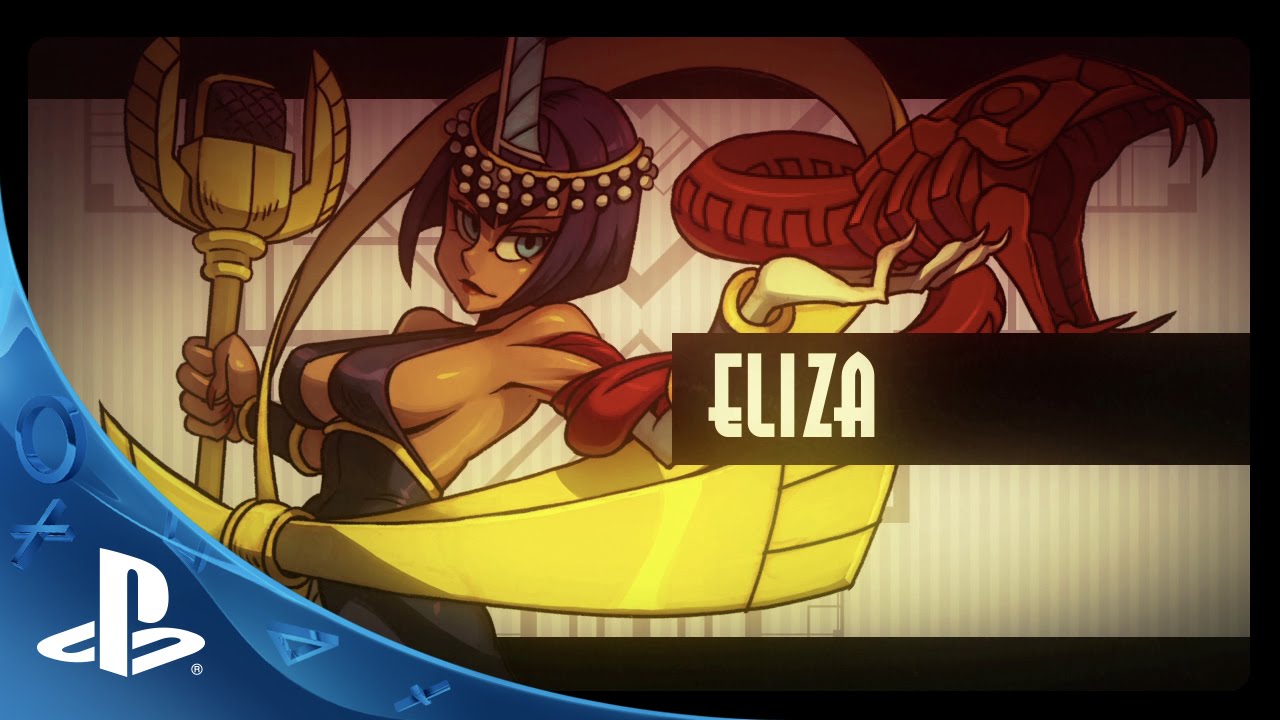 Plus, find out how the PS4 and PS Vita versions of the acclaimed beat ‘em up are coming along

It’s been a few months since we released our second Indiegogo-funded DLC character, Big Band. I’m happy to announce that Eliza, our third character, will be released today in Skullgirls Encore.

Eliza is a diva with a dark secret, and our most ambitious character to date. Eliza fights by manipulating her own blood to attack her enemies, constantly shape-shifting into a variety of Egyptian mythological symbols and cultural icons. Our creative director, Alex Ahad, has meticulously researched Egypt’s lore and packed nearly every one of Eliza’s 1,548 frames with references.

Eliza can also summon her bodyguards, Albus and Horace, as well as dislodge her skeletal Parasite, Sekhmet, making her one of our most varied and dynamic characters to date.

Eliza’s story mode is our most comprehensive yet. With more than 80 pieces of art, it dives deep into Skullgirls’ lore and reveals a lot of the inner workings of the Skullgirls universe. Definitely not to be missed!

And finally, as we always do with our DLC characters, Eliza will be completely free for a period of three months! Download her during that time and you’ll never pay a cent.

Beowulf, our argyle sweater-wearing pro wrestler inspired by the epic poem of the same name, is coming along nicely.

Beowulf will feature a ton of pro wrestling references, and also be able to use his signature folding chair, The Hurting, in a variety of ways. He can hurl it at his opponent and stand it up on the stage, with the goal that performing slam moves onto it will increase their damage.

Similar to Ms. Fortune, Beowulf will also have different attacks depending on whether or not he has his chair with him. And, finally, Beowulf will be able to power himself up by exciting the crowd. Respect the ring!

Skullgirls is still coming to PS4 and PS Vita, but we’ve expanded the scope of the port and are adding new features with the aim of making it a better upgrade for fans and a better value for everyone.

Unfortunately, these awesome new additions have necessitated a delay until early 2015, but I’m confident that everyone will find the additions worthwhile.

And thus concludes our update on all things Skullgirls. Thanks for reading!