Battlefield Hardline made a big splash when it was announced in July this year – with a wealth of multiplayer modes teased and a beta test that saw hundreds of thousands of gamers get an early taste of the action.

However, developer Visceral Games (Dead Space, Dante’s Inferno) has been rather more quiet about what you can expect from the single player campaign. So, PlayStation Blog sat down with Senior Producer Steve Anthony, who’s helping to bring the single player portion of the game to a PlayStation console near you early in 2015.

“At Visceral we’re very proud of our lineage when it comes to single player stories,” explains Steve. “What we’ve done for Battlefield Hardline is to take influence from popular television crime dramas and built a campaign that will unfold in episodic format. That means each episode of the campaign will have character development, intense moments and cliff hanging endings.”

Create a game that plays out like your favourite cop drama? An intriguing prospect, but exactly how are they looking to accomplish this lofty ambition? 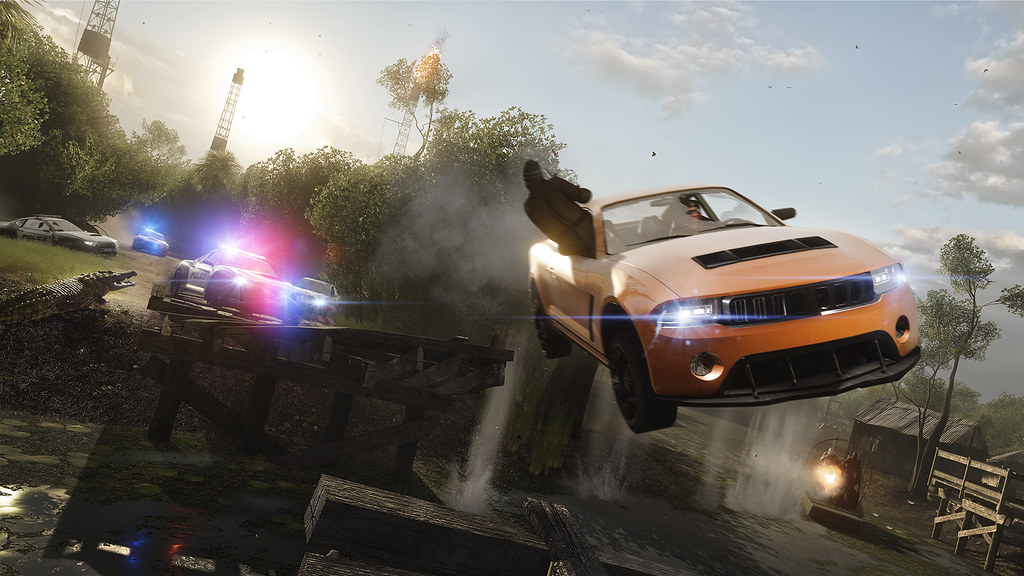 “In order to do that we’ve brought on some key talent from Hollywood,” he continues. “So we’ve got Benito Martinez, who you may know from The Shield and Sons of Anarchy, Wendy Calhoun from Justified and Bill Johnson from The West Wing – actors, writers and directors who have given that influence and helped us deliver the format you’re going to find in the single player experience of Battlefield Hardline.”
From here Steve took us straight into the live demo, which kicks in around halfway through the campaign story. What we saw highlights how different the game plays to other Battlefield titles.

“Hardline differs in that we’re really pushing player choice,” says Steve. “As you approach any given situation within the game we want to give you the tools to be able to analyse and assess how you want to deal with it. Previous Battlefield games were all about the high intensity, moment to moment action; with Hardline it’s much more about player choice and you deciding how you approach situations.” 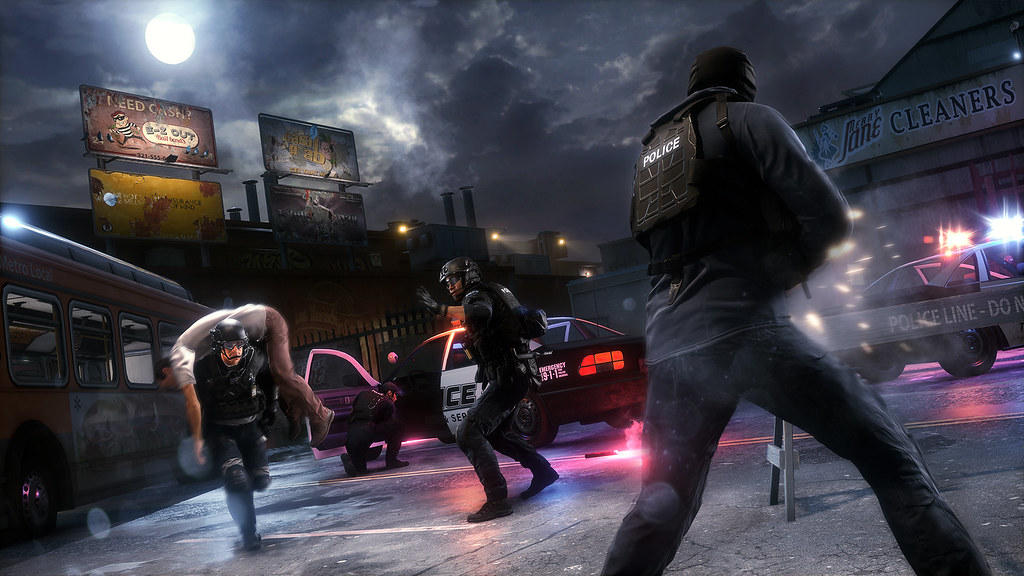 In the brief section we played, we were already catching glimpses of the aforementioned Hollywood influence. The performances of the characters we meet in-game – complete with the likenesses of the actors who play them – wouldn’t be out of place on the American cop dramas that Hardline draws from.

One of the coolest gadgets we were shown is the scanner, which allows you to tag enemies and objects, and plan your route through encounters. Not only that but you can also search for high value targets – certain enemies might actually have a warrant out for their arrest.

Finding these high value targets looks set to be an intriguing distraction, as taking them down without alerting other enemies grants extra cash that you’ll be able to use to upgrade your gear and increase your arsenal.

Playing as Nick, you can also whip out your detective badge to make some enemies freeze, giving you precious moments to unleash silent takedowns.

“The key to using freeze effectively is making sure your gun is always trained on the enemy,” notes Steve. “You’ll see a meter that will fill up red if you’ve not got your gun trained on them, and they’ll reach for their gun.”

Look out for more Battlefield Hardline coverage as the game’s 2015 launch approaches.