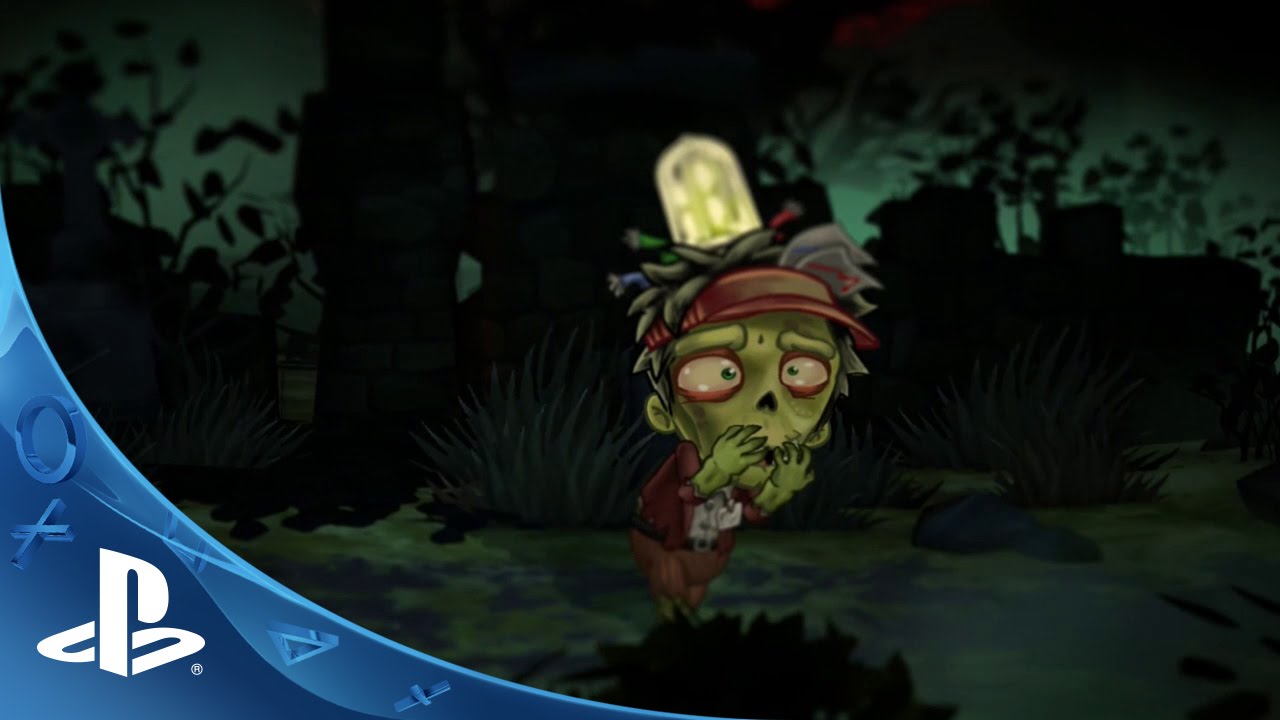 Hello again PlayStation Blog. This is Chris Cobb with Ragtag Studio, developers of the forthcoming PS4 title, Ray’s the Dead. It has been quite a while since we last updated you on our progress, so we have quite a bit of news to share today, including lots of new information on the game, and the announcement that we are bringing Ray’s the Dead to PS Vita!

Ray’s the Dead was first announced for PlayStation 4 at Sony’s E3 2013 Press Conference. Since that time, we have been hard at work refining the controls, enhancing the features of our engine, expanding our arsenal of characters and fine-tuning the story. And finally, we’ve been developing the part of the game I’m most excited about, our flashback system!

I would like to refer to one of my favourite press quotes to tell you a little known fact about Ray’s the Dead:

“Ray’s the Dead is a charming and thoughtfully constructed game that, while related to zombies, is really centred on the main character, Ray.” – Cliqist.

In Ray’s the Dead you not only play as Ray the zombie, but also as Ray the human. Much of the game is spent in fully playable flashbacks that tell the story of Ray’s past. These flashbacks are critically important to the game for a variety of reasons.

One, they let you meet first hand many of the characters from Ray’s past that you’ll also be meeting in the present. And second, they serve as a mechanic for unlocking Ray’s abilities. Extraordinary circumstances in the present will trigger flashbacks in Ray’s mind. While reliving these memories, Ray will ‘remember’ certain skills and abilities from his past, granting him the ability to use them in the present.

You may be wondering what abilities Ray the human and Ray the zombie might have in common. Well, that’s part of the big mystery of the game, so you’ll have to play to find out!

We are also thrilled to announce that Ray’s the Dead will be shambling its way onto the PS Vita as a Cross-Buy title! Cross-Buy is one of our favourite features that many of today’s PlayStation releases share, so we are super excited to add Ray’s the Dead to that list. And let me tell you, this game looks gorgeous on the Vita!

We are currently running a Kickstarter for Ray’s the Dead. For those of you that have already contributed to get your copy of the PS4 version, well, surprise, now you are getting the PS Vita version as well!

One of our most exciting stretch goals will give us the funds to do what we really want to do with the Vita version, and that is make it a Cross-Control title. We have a lot of really awesome ideas for using the PS Vita as a second screen for your PS4, so we are dying to make it happen! You can grab a copy of the game off of our Kickstarter right now for less than what it will cost on release, and help us make the game better all at the same time!

That’s all the news for now. I’ll be looking forward to your questions in the comments!