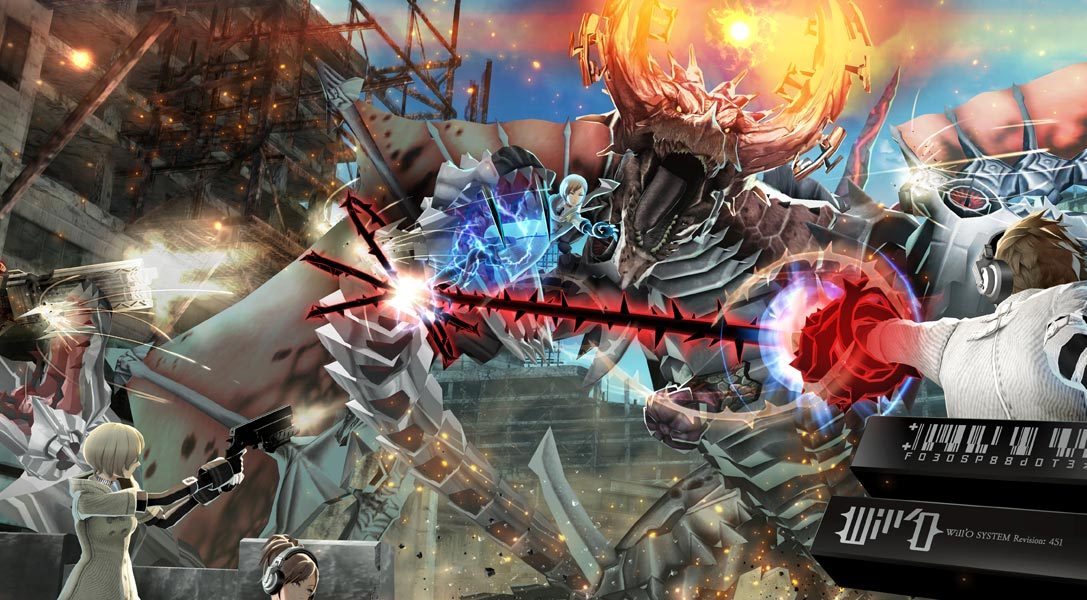 Earlier last week, our Social Media Specialist, Justin Massongill was kind enough to share his personal experiences with the 4-player Co-Op mode with Freedom Wars. While most of you really enjoyed the video, some of the repeated questions and comments from the thread included:

Well, we are here to answer those questions today!

To begin, we are incredibly thrilled to officially announce that Freedom Wars will launch in Europe on Wednesday, 29th October 2014, and in the UK and Ireland on Friday the 31st for €29.99/ £24.99.

For those looking for a head start in reducing your sentence within the world of Freedom Wars, our participating retailers are offering the same pre-order DLC as the original Japan release. These items include:

Lastly, for those that want the same DLC items for the digital version, simply purchase Freedom Wars between Wednesday, 29th October to Tuesday, November 11th. After that, they will no longer be available.

Stay tuned for much more on Freedom Wars!