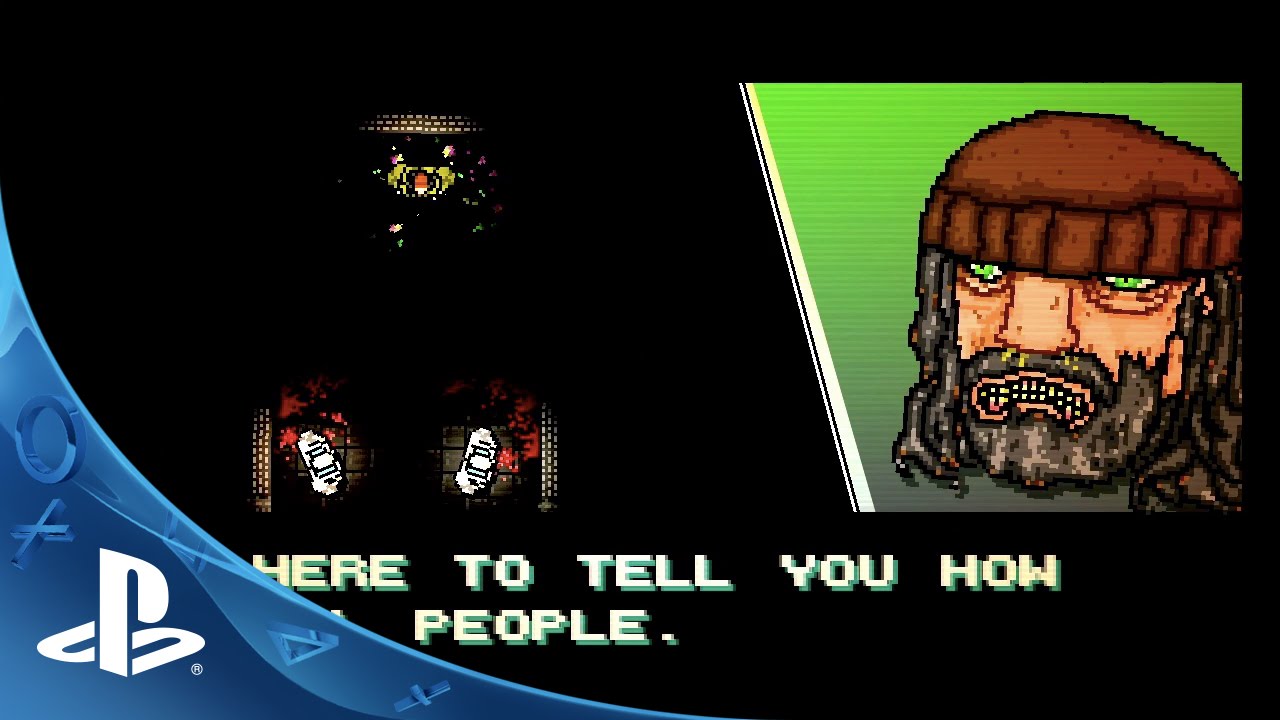 A little over a year ago Jonatan Söderström and Dennis Wedin’s Hotline Miami launched on PlayStation 3 and PS Vita thanks to the efforts of fellow developer Abstraction Games and the good folks at PlayStation in America and Europe. Between now and then Hotline Miami 2: Wrong Number was announced and the PlayStation 4 took the world by storm, but we always new that Dennaton Games‘ landmark game had to make its way to PlayStation 4. That’s why we’re absolutely thrilled to announce that Hotline Miami will launch for PlayStation 4 on 20th August in Europe.

So what’s new? Well the team didn’t want to tamper with the perfection that is Hotline Miami for the latest release but there were certainly some fun new options that were only possible on the PlayStation 4. Gamers can now use the PlayStation 4’s touchpad to look around and lock on enemies and actually shake the gamepad itself to perform execution moves when you have an enemy pinned on the ground. And to take the violence to the next level, the sounds of those same execution moves are amplified through the speaker on the gamepad itself. Ouch.

Please follow @HotlineMiami and @DevolverDigital on Twitter for more news about all things Hotline Miami and thanks to all the fans for your amazing support!